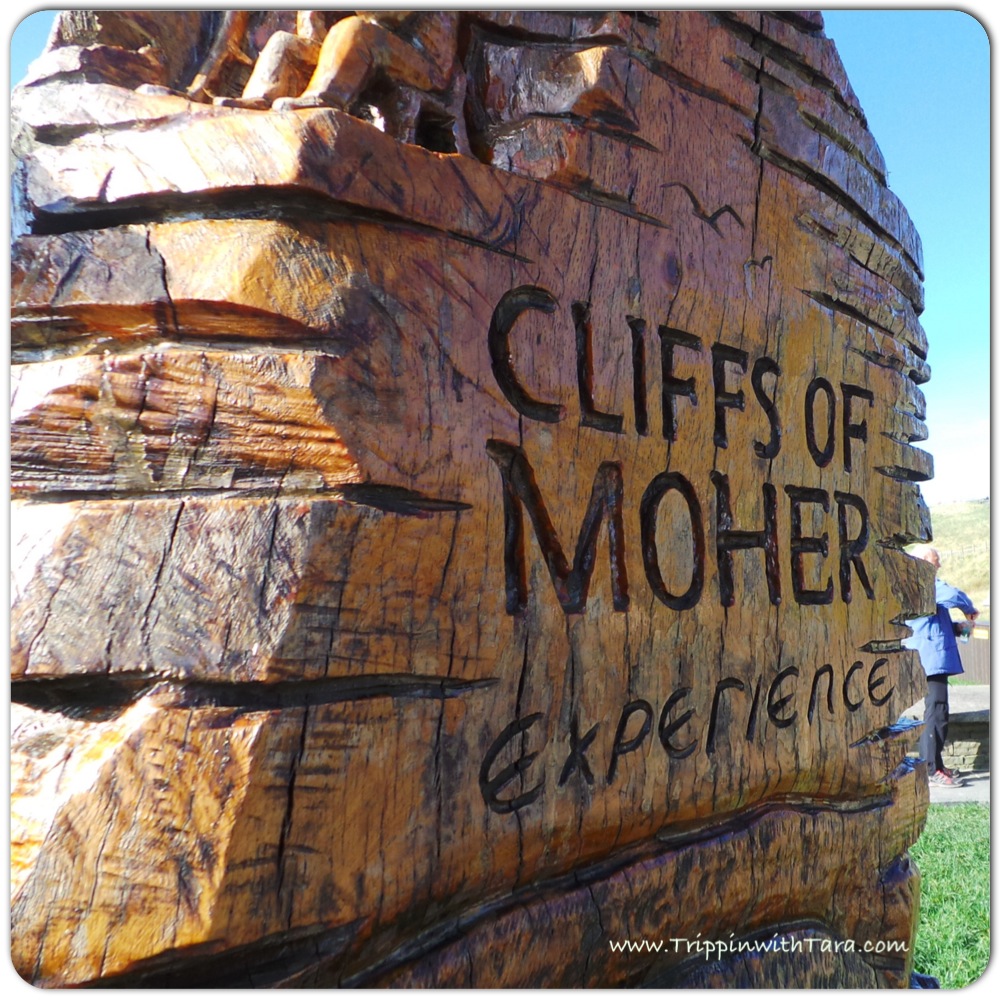 Ireland is full of beautiful landscapes.  From the rolling green hills with cows and sheep throughout the countryside, to the architecture of the old churches and buildings in Dublin, and of course the vast amount of castles throughout the entire country itself, the beauty is captivating. 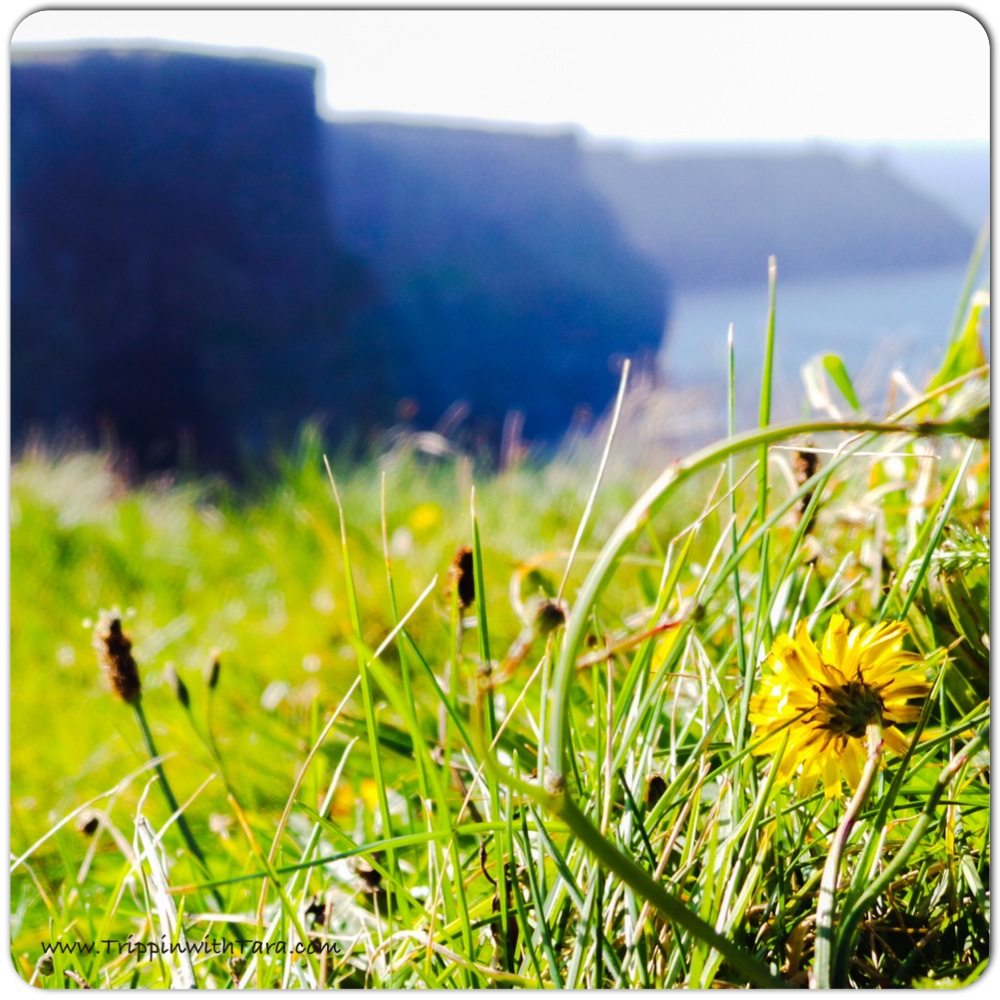 Knowing I only had one true day to see what else the country offered, I did a bit of research and it was difficult for there are so many interesting places to visit.  I made a decision to sign up for a tour via Irish Tours to spend 12 hours to see quite a bit of the countryside, but the one thing, after seeing some photos online and hearing from a close friend of mine that I had to see, was the Cliffs of Moher. 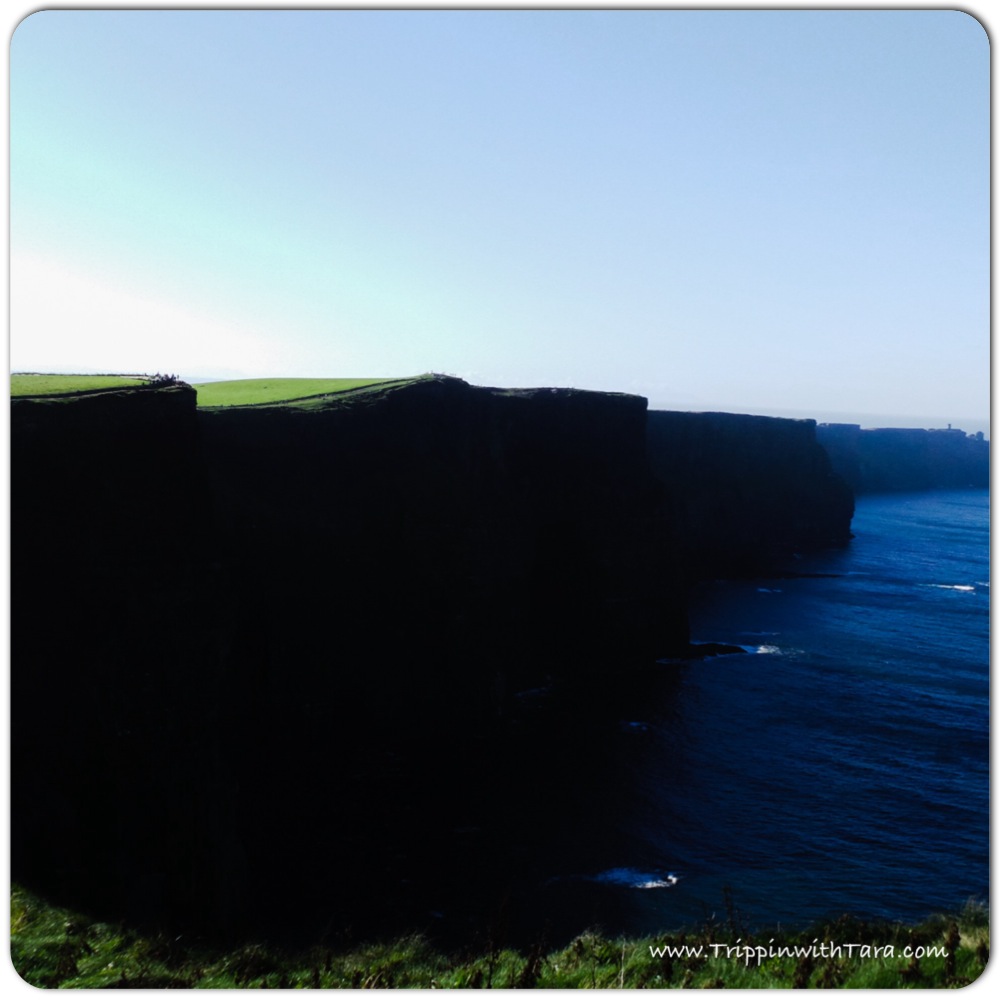 Now, Ireland isn’t quite known for its sunny blue skies and warm weather.  It pretty much rained and stayed gloomy throughout the week I was there.  I kept checking the weather, keeping my fingers crossed, praying that I would be blessed with a day with more sun than clouds and no rain.  Well the luck of the Irish was on my side, for the most beautiful day arrived for this excursion, and for that I couldn’t have been more grateful. 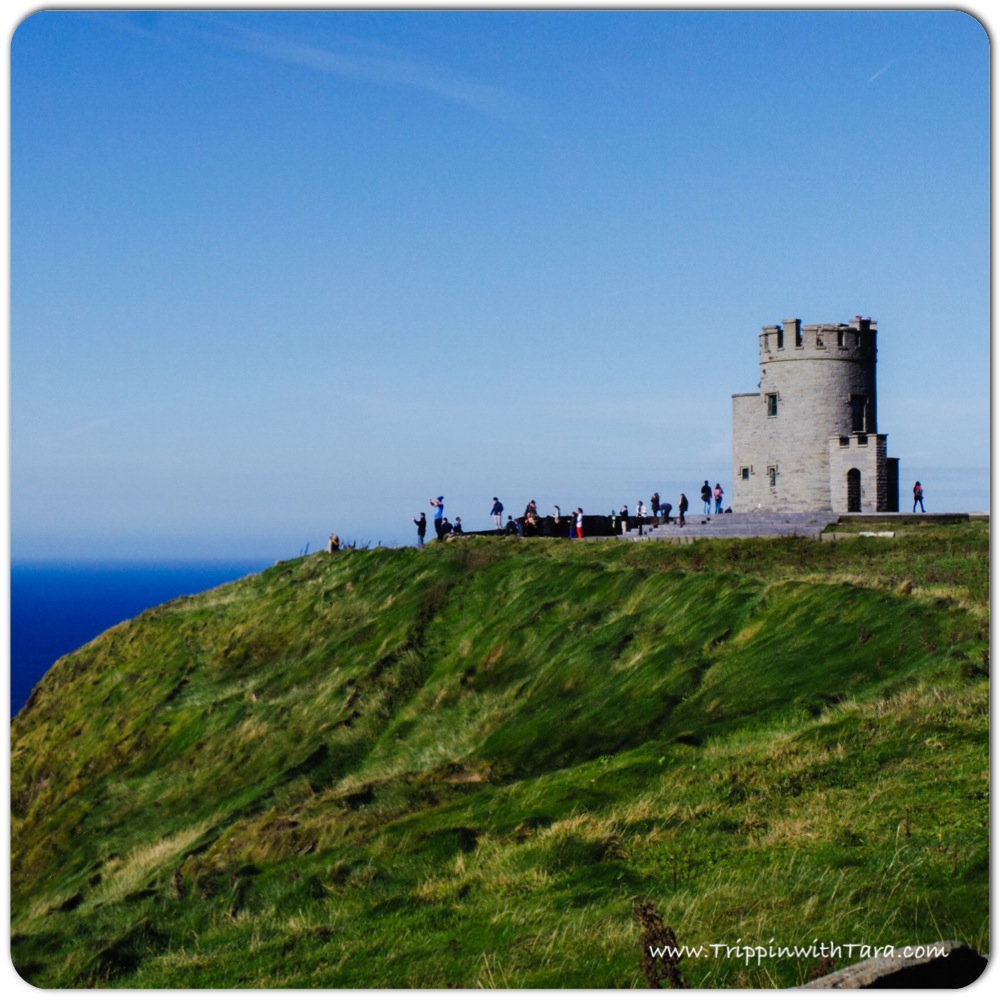 The Cliffs of Moher are one of Ireland’s 7 Wonders, and to see them in person quickly became the latest addition to my bucket list.

On the west coast of Ireland The Cliffs Of Moher are one of the most outstanding coastal features of Ireland.The cliffs are located in county Clare and lie just south from the Village of Doolin and the Burren. Rising slowly from Doolin they ascend to over 700 feet (213 metres) stretching south for nerarly five miles (8km) to Hags head.

The Cliffs of Moher were origionally the site of a gigantic river delta and were formed about 320 million years ago during the Carboniferous period. The Napoleonic signal tower at Hags Head was built built in 1803, this is close to the site of a long gone 1st century BC ruined fort “Mothar” from which the Cliffs get their name. 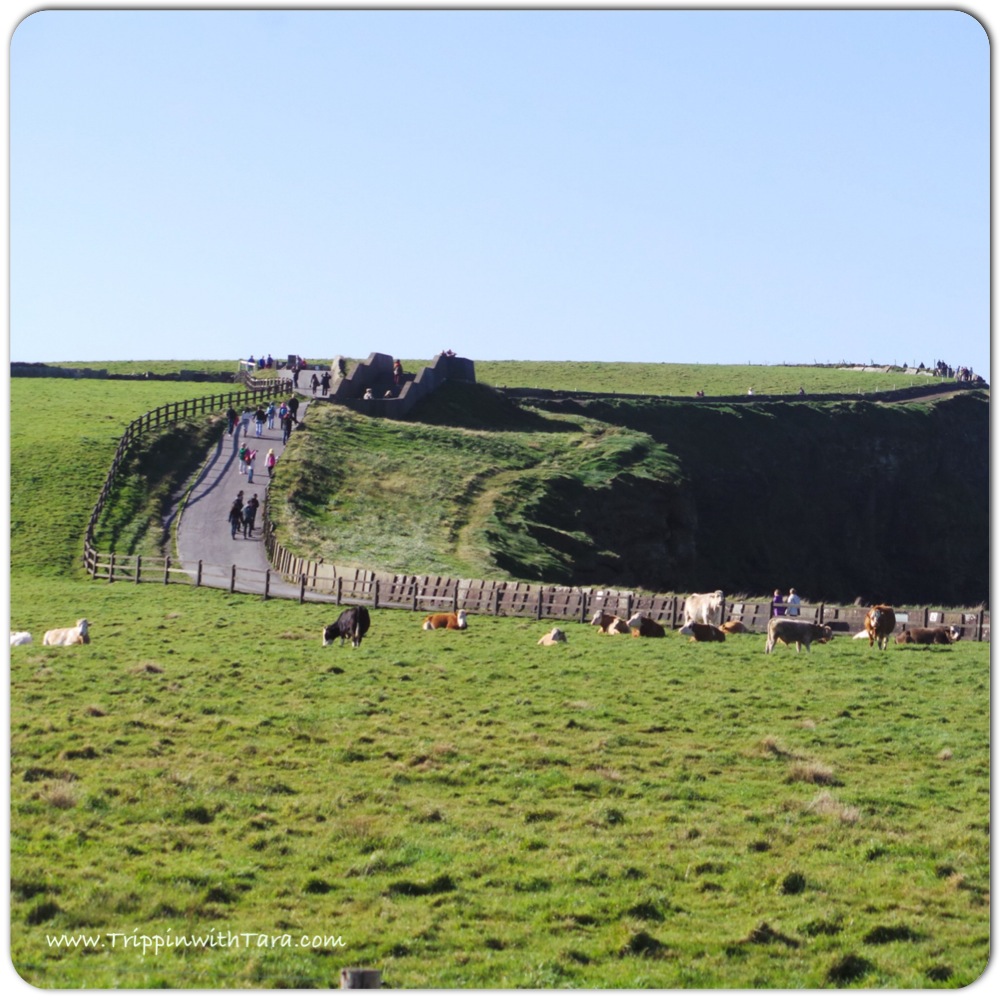 Once arriving to this magical spot, I really didn’t realize I was about to have a life changing experience.  There’s a bit of a hike and several trails to pick from to get up to the top of the cliffs.  We had an hour and a half to spend at the cliffs,  so I decided to head left first.

With each step to a higher elevation, the views all around just became more and more of something you only see in National Geographic type photos or in movies.  However, once actually making it up to the point where you can actually see what makes this spot one of Ireland’s 7 wonders, my breath was taken away.

This was truly the most magical place I have ever laid my eyes upon.  The contrast of the green of the grass, the blue of the sky, the dark layers of the cliffs, and the dark blue of the Atlantic Ocean made for a very dramatic view.  One so, that suddenly an hour and a half felt like not enough time to take in the beauty and walk as much of the trails as possible, with still stopping for photos and to just take it all in. 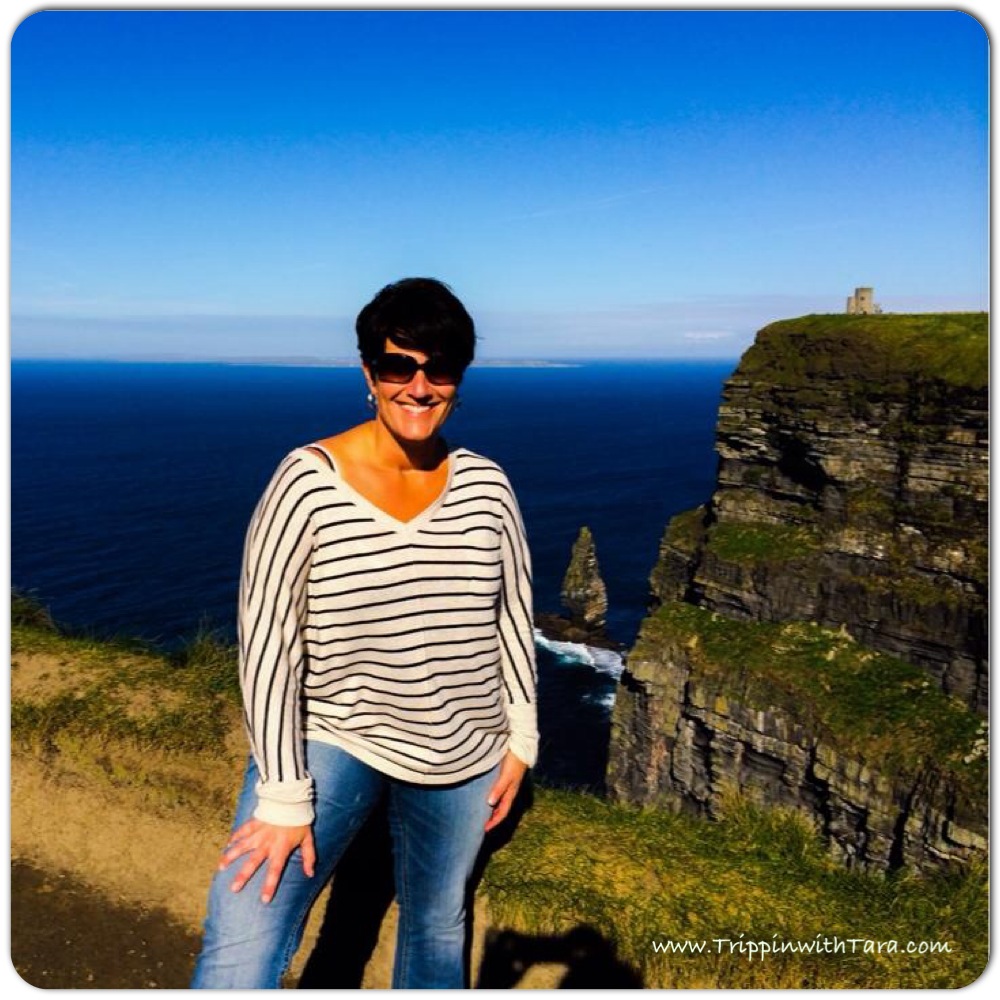 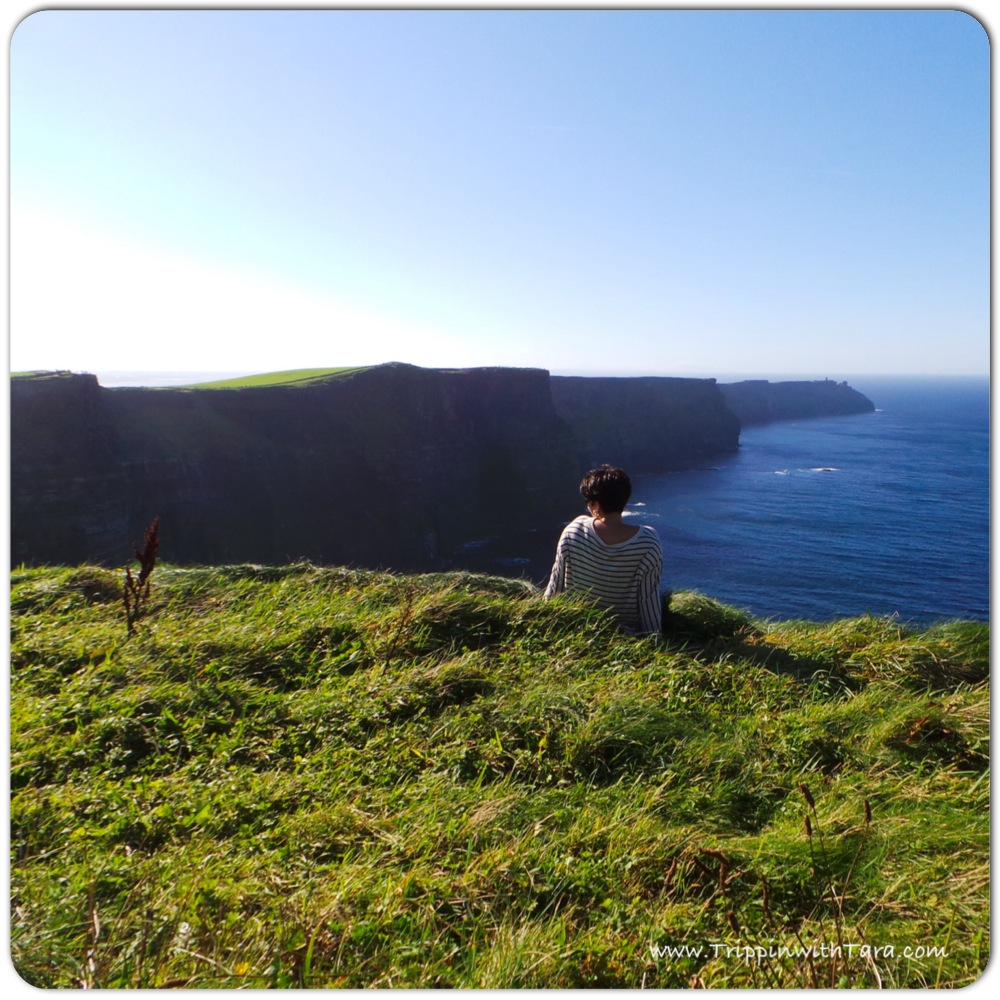 As I walked the trail I began to think of my life, my blog and especially my girls.  Having teenagers and wishing more than ever they were with me to see the beauty that I was experiencing, I became very inspired.  I will be sharing that inspiration in another post, but it excites me and brings great anticipation of what is to come.

As I got to the next spot where the sun hit the cliff so perfectly, I feel I captured the image that was mesmerizing to me.  It really made me think of how much of the world I want to see, how much I want to do, and how I want bring as much of that to you, my readers, to inspire you to travel and see these places yourself. 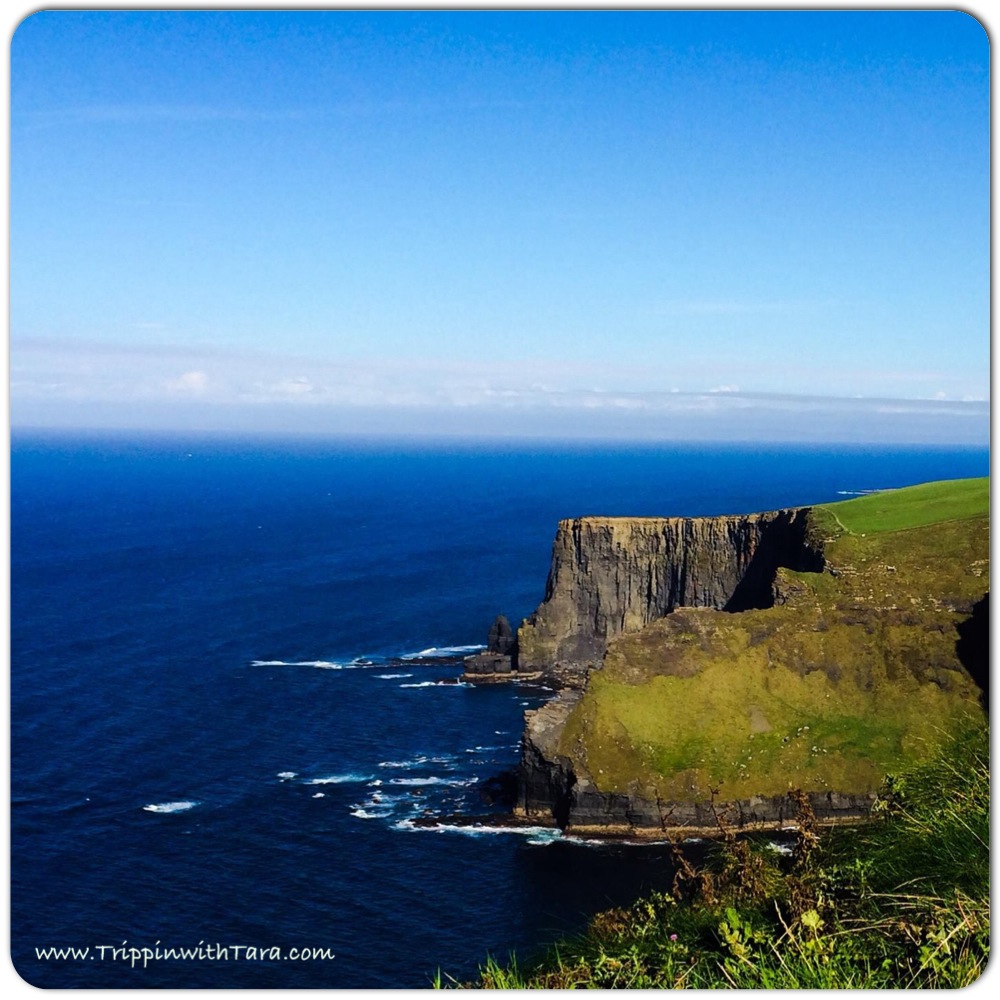 That moment changed me.

In this post, I am purposely choosing not to talk about the tower or the rest of the really incredible tour I took that day.  You can read about the rest of the experience in a future post.  I want to try to share the essence of what I felt during a very small part of my life, just an hour an a half of something so beautiful, that has been there for millions of years.

*I traveled to Ireland for the TBEX conference for Global Resort Homes.  This excursion I did on my own and 100% of this post is my opinion and experience.  All photos are my own.