With the release of Disney’s highly anticipated summer movie Tomorrowland hitting theaters on May 22nd, it was quite the treat to be able to visit the actual Tomorrowland at Disneyland in Anaheim, California, which was the inspiration point for the movie.  While we were there, we had the opportunity to experience the special Tomorrowland exhibit for the film. 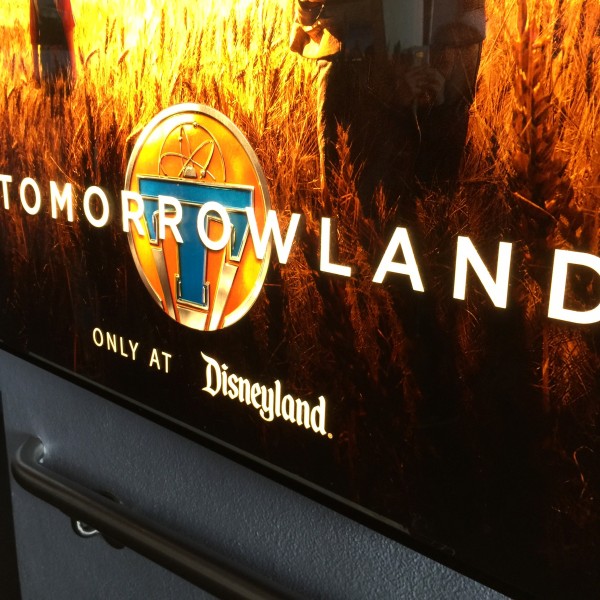 Walt Disney had a vision, one that as Director Brad Bird puts it, “a frustrating one for people that like things to be finished.  Most people want to do something and be done.  Tomorrowland is part of the park that is designed to be continually changing. For some that will be frustrating because you will never be done.  For Walt that meant you could continually be creative.”  Being able to see this exhibit to see what the film looked like in the planning stages, showing what inspired Brad and Producer Damon Lindelof as well as some props from the movie. 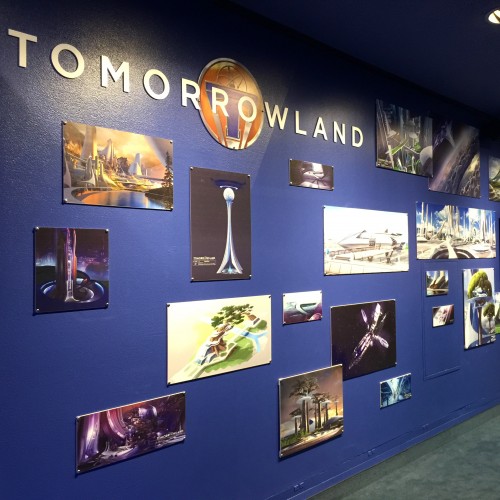 One of the things in the exhibit I loved was this box that wasn’t in the film, but it was part of the inspiration for the film.  They even had to question the authenticity, for they don’t really know where it came from, but it really helped with the storyline for Tomorrowland, for they thought, “what if all this stuff in the box was real and somehow connected.”  So for Brad and Damon, they wrote a story and that is pretty much how it all came together.

For the love of the jet pack! 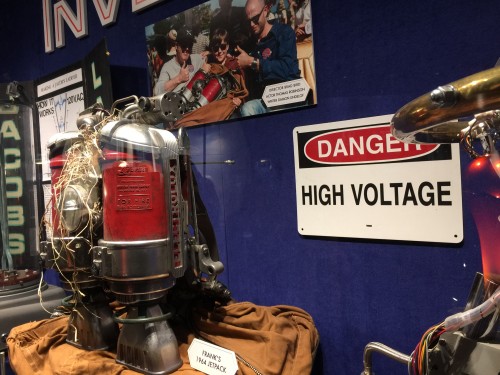 The jet pack probably is almost it’s own character in the film.  It seems that when people think of the future, they think not only think of jet packs, but as George Clooney mentioned in his interview “It would be the greatest moment ever, just blasting right over all the traffic.”  Jet packs and the ways of tomorrow seem to go hand and hand.  The exhibit shows several different ones that are from different time periods. 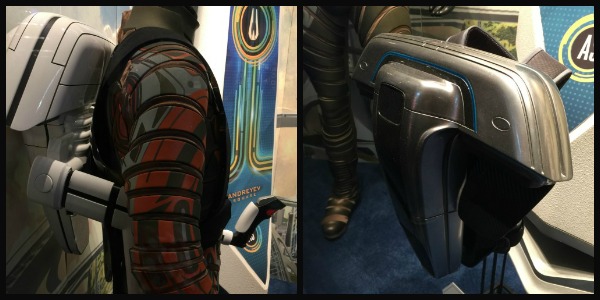 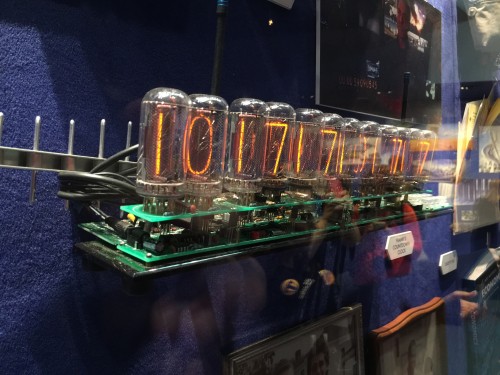 And then of course, if you want to know what this is…you will have to see the film.

In case you aren’t able to make it to Disneyland yourself, this video is a really great look at the exhibit and a short interview with Brad and Damon.

The Disneyland Resort Diamond Celebration begins Friday, May 22, 2015, celebrating 60 years of Disney magic with three new nighttime spectaculars, dazzling decor and an exciting sweepstakes that will award authentic diamonds and one-of-a-kind prizes to some lucky guests. – See more at on the website.

*I  was invited by Disney to cover the Tomorrowland Event.  All opinions are my own.