There’s so many things I love about San Francisco, but even with all the times I have visited the city, I had never been to the Walt Disney Family Museum.  I don’t know how I missed this little gem of history.  It’s located on the main post of San Francisco’s beautiful Presidio, with a perfect view of the iconic Golden Gate Bridge.  During my trip to San Francisco for the Inside Out Event, I finally got to check it out for myself. 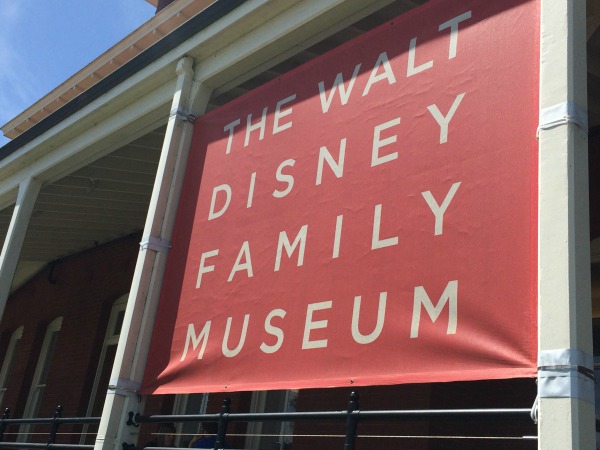 The museum is huge and contains the amazing history of Walt Disney himself, how it all started, a special glimpse of keepsake treasures that Walt owned or had given to the ones he loved, along with over 200  video screens throughout their galleries sharing clips of personal home videos as well as old TV footage of the many appearances he made on television over the years.  It’s extremely special to be amongst some of Walt Disney’s most personal memorabilia and hearing the stories in his voice.

From Mickey Mouse to Snow White, from Mary Poppins to Disneyland, Walt Disney’s artistry and imagination helped define 20th-century America. The Walt Disney Family Museum brings his legacy to life and invites viewers to find their own creative inspiration in his story. 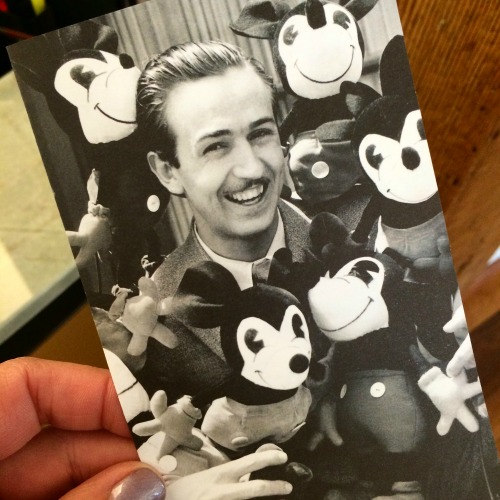 The museum illuminates Walt’s fascinating life: his tremendous successes as well as his disappointments, and his unyielding optimism as he worked tirelessly to advance the art of animation. Walt was a risk-taker who influenced popular culture through pioneering animated and live-action films, television programs, theme parks, and other new technologies.  His story is told through innovative, interactive galleries. Visitors get to know Walt through early drawings and animation, movies, music, and listening stations featuring his own voice, among others.  A 13-foot model of Disneyland as Walt originally envisioned it is a perennial favorite with museumgoers.

Here are some of the many photos I took to share from the museum. 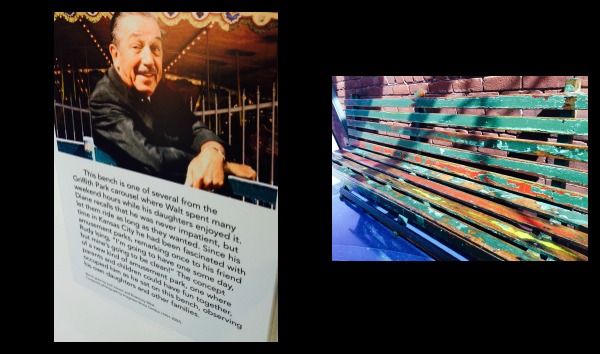 The Walt Disney Family Museum is full of things like this bench from the Griffith Park carousel.  On the sign it shared that he spent many weekend hours on that bench while his daughters enjoyed the ride. 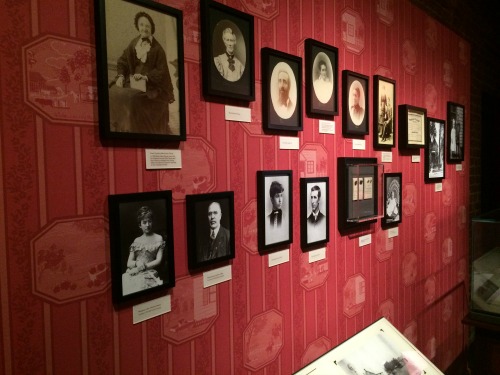 There was a wall of Walt Disney’s family from grandparents to his baby photo. 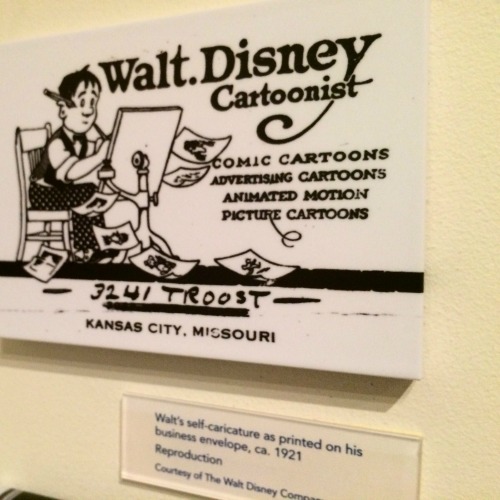 From 1921, this is the image that was printed on his business envelope.  It’s Walt’s self-caricature from when he was still in Kansas City. 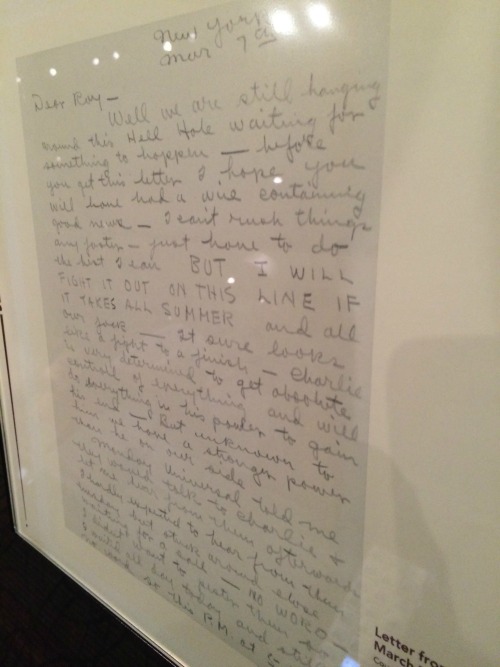 There are several hand written letters, this one being written to his brother Roy.  It shows that things weren’t always easy.  Quite frankly, it was hard.  But Walt let his vision and dreams prevail. 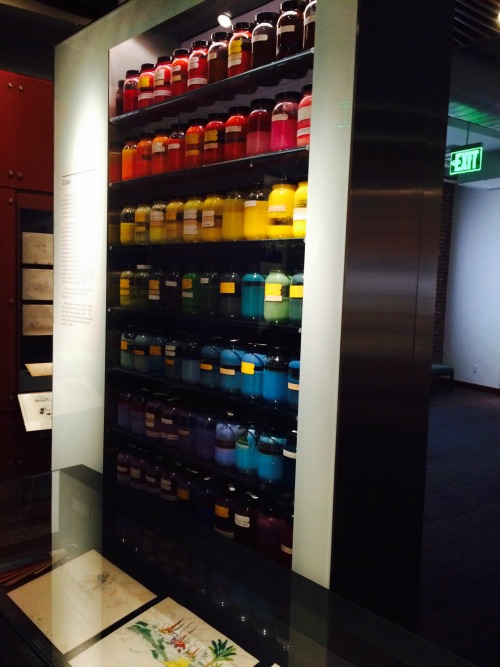 This is a case full of original cell ink used for the early productions of animated films in color. 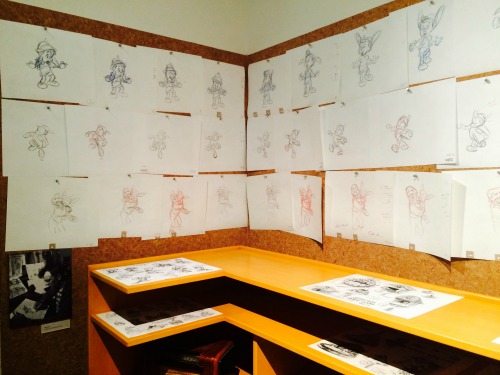 And of course, the museum has tons of original drawings of the hundreds of Disney characters.  Here you see some early art for Pinocchio.

Walt’s vision for the future.

“I’ll have a lot of things in there, but only half of what I want to do in there eventually.  You see these things I want to keep adding, keep plussing…Disneyland is a thing that I can keep molding and shaping.  It’s a three-dimentional thing to play with.  But when I say play with it, I don’t mean that – everything I do, I keep a practical eye toward it’s appeal to the public, you see?” – Walt 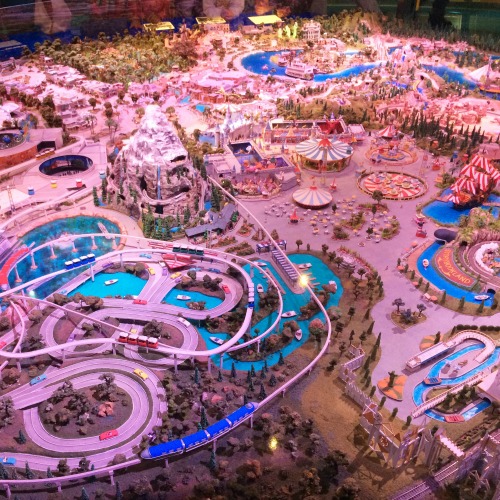 “Straight ahead lies the heartline of America: An old-fashioned Main Street – hometown USA, just after the turn of the century.  America was growing fast.  Towns and villages were turning into cities; soon the gaslight would be replaced by electricity.  But that was still in the future.  At this time, little Main Street was still the most important spot in the nation, combining the color of frontier days with the on coming excited twentieth century.” – Walt on the first episode of the Disneyland series 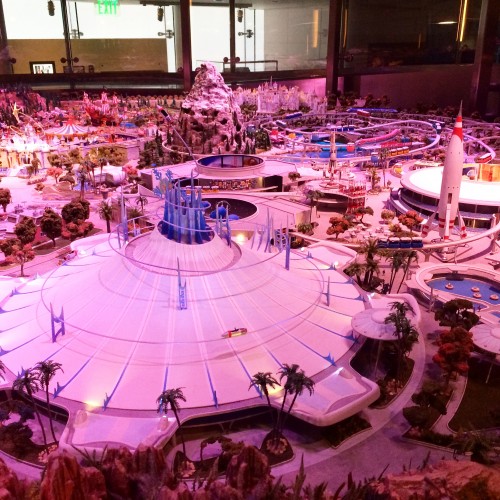 I loved learning all about Walt’s vision for Disneyland and how he really felt that the the challenge of having a park that will never be complete, for the future will always have a future, his thought process is fascinating to me.  Apparently to film makers Brad Bird and Damon Lindelof this was part of the inspiration to Disney’s film Tomorrowland starring George Clooney and Brit Robertson.

My favorite part of the Walt Disney Family Museum is at the very end.  Ironically there isn’t anything that Walt did himself in that area, just a tribute from other cartoon artists sharing the pain they felt when he died via their cartoons posted in publications around the world.  I found it extremely moving.  Here are a few of my favorite drawings.

The Museum is open 10 a.m. to 6 p.m., Wednesdays through Mondays.  Closed Tuesdays, and January 1, Thanksgiving Day, and December 25.

Admission can be purchased at the door or at waltdisney.org.  Tickets are $20 for adults, $15 for seniors and students and $12 children 6-17.