I may have been to Disney World in Orlando, Florida a few times in my life. It never gets old, and it’s always guaranteed that I will have a full day of fun. But when I get an opportunity to visit Disneyland in Anaheim, California, it makes me a bit giddy. There is something extra special about going to the original park that Walt Disney had his finger in all aspects and frequented with his family and friends. Let’s just say, magical. 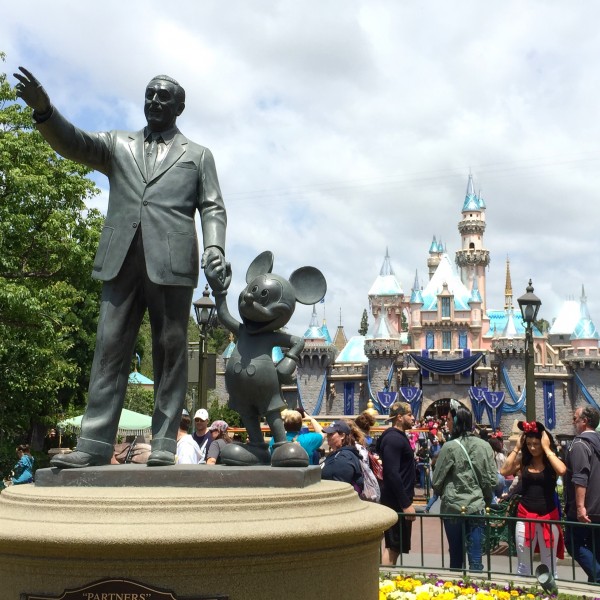 This trip to Disneyland was in correlation with the summer release of Disney’s Tomorrowland as well as the Diamond Anniversary of the park. Yes, Diamond – Disneyland is celebrating 60 years! What makes this even more amazing to me is that the Tomorrowland area in the park is where Walt wanted to help spark the brain of everyone to keep striving for something more. It all fits hand and hand with the release of the film and being where it all started.

Just Another Day at Disneyland 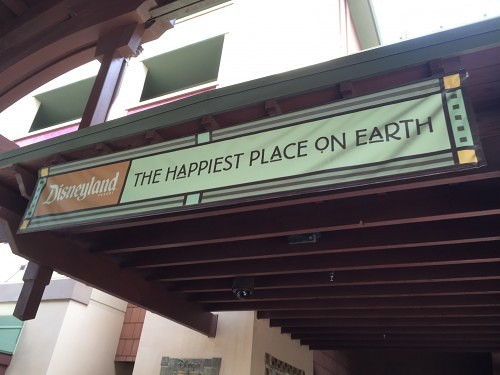 Ah, yes! Welcome to The Happiest Place on Earth! It’s nice to feel like a kid again when you enter the park! Of course with the much anticipation of seeing Sleeping Beauty’s castle. One that is much different than Cinderella’s down at Walt Disney World’s Magic Kingdom. It’s the original castle! Big, small, pink or grey…it’s spectacular. 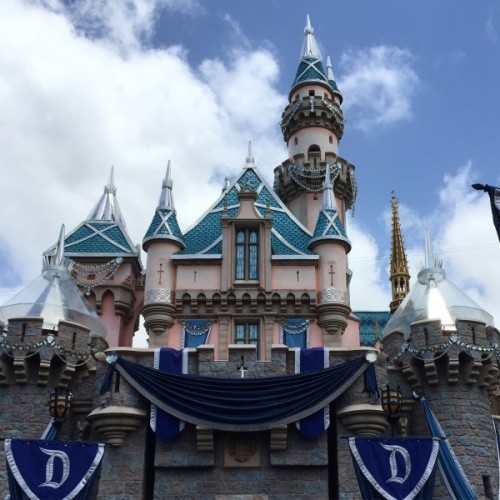 After we visited the Tomorrowland exhibit at the park, all 25 of us bloggers headed to the one ride that we all had to do together. It’s A Small World, being the ride that is focused on in the film from when young Frank Walker, visits the 1964 World’s Fair, where the ride was debuted and it is where we started our day at Disneyland. 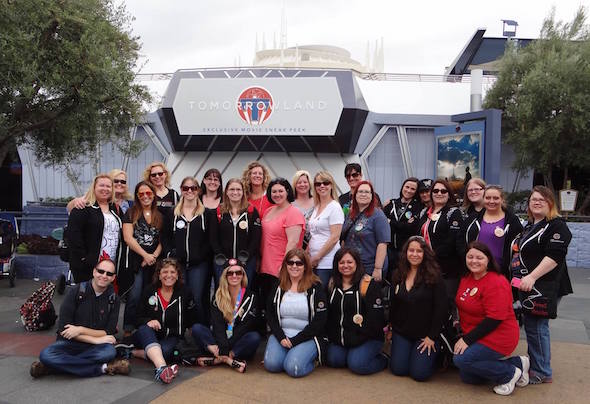 It’s A Small World is much grander at Disneyland versus Magic Kingdom. 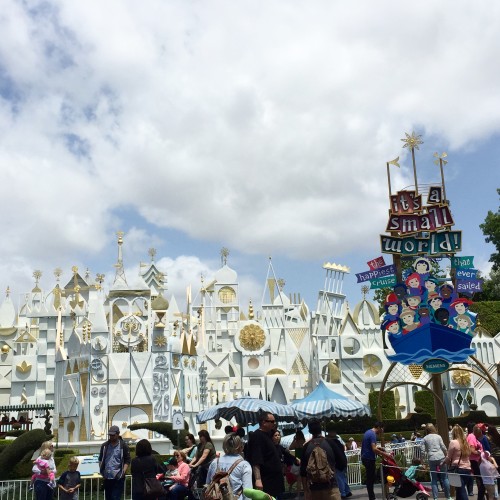 In the movie, there’s a Tomorrowland pin that is used to help transport people to Tomorrowland. With this in mind, I tried it myself on the ride….. 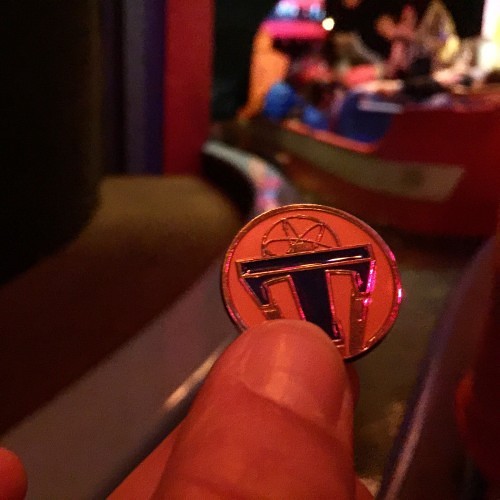 I didn’t get transported…however, we were all smiles as we exited the ride, and sang “It’s a Small World” the rest of the day!

From there we headed out and enjoyed not only Disneyland, but we also spent time in California Adventure park. 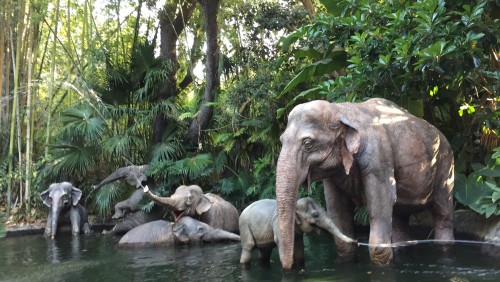 Of course we hit the Jungle Cruise. 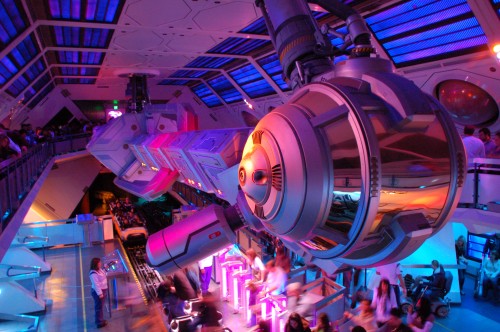 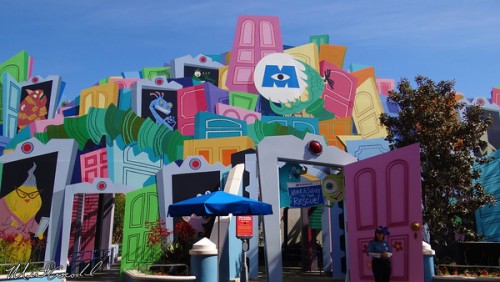 And I loved hanging with Mike and Sulley to the Rescue. There isn’t one of these at any of the parks back home. 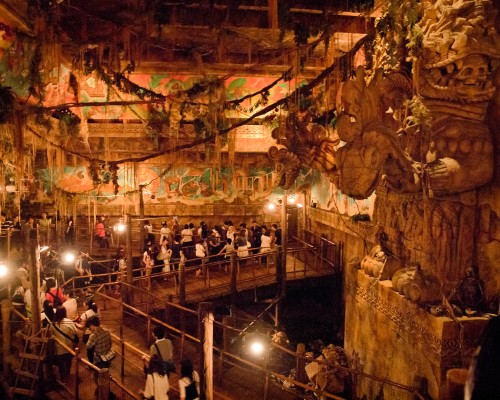 And this is my favorite ride by far! Another one that isn’t in Orlando, so it keeps it special. The Indiana Jones Adventure is fast, fun and a must do every time I go! 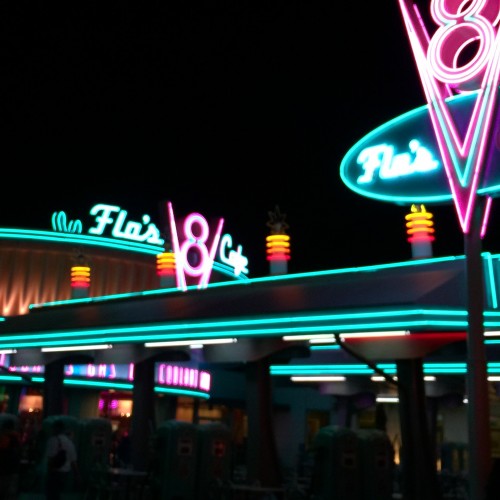 And of course I have to share a night photo from Car Land! 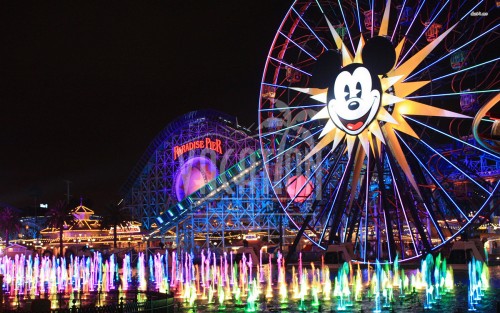 What Is World of Color?

As unforgettable scenes from family-favorite Disney and Disney•Pixar animated and live-action movies stream across the screen, you’ll be inspired to reminisce about romances, look back at past friendships and relive remarkable adventures.

The World of Color show—the most impressive and fanciful nighttime extravaganza Disney has ever produced—is accompanied by momentous music, and also includes fantastic fire, fountain, fog and laser effects.

So much fun to be had! And with Disneyland’s Diamond Celebration starting this Friday, it’s a great time to visit!

Come along with family & friends—join us in celebrating the next great era of the original Disney theme park!

Beginning May 22, 2015, make way to the Disneyland Resort Diamond Celebration, where Guests of every age can commemorate 60 years of Disney magic with dazzling entertainment and sparkling surprises, including 3 new nighttime spectaculars making their in-park debuts:

Behold a Timeless World of Wonder
Ever since Disneyland Park opened on July 17, 1955, the Disneyland Resort has been an unforgettable destination for families to return to, again and again—a source of joy for the entire world and a place where innovation has continued to inspire an exciting future.

Throughout the festivities, soak up the sights as iconic jewels you know and love—Sleeping Beauty Castle at Disneyland Park and Carthay Circle Theatre at Disney California Adventure Park—magically transform, glistening and gleaming with special Diamond Celebration enhancements.

In addition, be sure to treat your senses to the visual feast set all along beloved Disneyland Resort locations like Buena Vista Street and Main Street, U.S.A. Both will be decked out for the occasion with shimmering banners, glittering décor… and so much more.