Easily one of my favorite Disney movies for so many reasons, I am excited that Maleficent is now finally out on DVD and Blu-ray.  A story not like any other tale told by Disney, this movie isn’t just amazing to watch for it was filmed so beautifully, but also the message is one that is important for everyone.  Please read my full review of the movie along with interviews with Angelina Jolie, Elle Fanning, Sam Riley, Sharlto Copley,  and director Robert Stromberg and see what makes this movie so special. 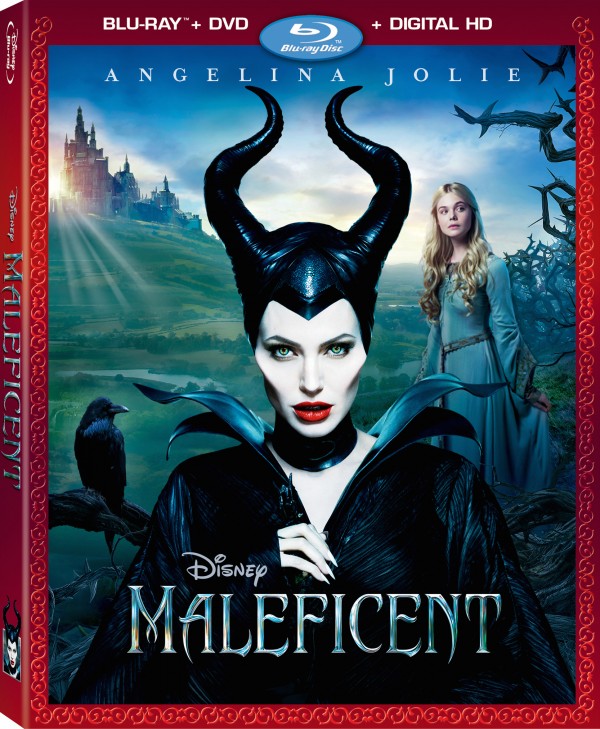 After enchanting audiences around the world and grossing more than $700 million in worldwide box office, this live-action, fantasy adventure casts a wondrous new spell on Blu-ray and Digital HD, featuring stunning high definition picture and sound, plus spellbinding, all-new bonus features, including several deleted scenes and behind-the-scenes featurettes that take viewers deeper behind the scenes of the filmmaking magic.

Join the cast and crew as they explore how Disney’s animated classic “Sleeping Beauty” was re-imagined as an innovative, live-action epic in “From Fairy Tale to Feature Film.”   Discover how King Henry and Maleficent’s opening battle scene was created using gigantic wire rigs and elaborate choreography in “Building an Epic Battle.”  Learn how playing Aurora was a fairytale come true for actress Elle Fanning in “Aurora: Becoming A Beauty.”  And find out more about the meticulous detail that went into creating Maleficent’s elaborate head wraps, rings and other accessories in “Classic Couture.”  Viewers can also relive the film’s journey to the screen through concept art, layered visual effects and behind the scenes footage in “Maleficent Revealed.”

Check out this  bonus clip titled, “Aurora: Becoming a Beauty.”  In this clip, Elle Fanning talks about playing the beautiful Princess Aurora and what the character means to her.

·       Visit www.Disneymoviesanywhere.com and download the DMA App.
·       From Fairy Tale to Feature Film – Reimagining Maleficent for a new generation

Maleficent is available as of November 4th!  Get your copy today!

*Disney sent me a copy of Maleficent for review purposes.  All opinions are my own.