Can you imagine being given an opportunity to work on a huge film such as Maleficent?  Not just the amazing cast of Angelina Jolie, Elle Fanning and Sharlto Copley, but the task of taking on the classic Sleeping Beauty.  After winning 2 Academy Awards for Art Direction, for both Avatar and Alice in Wonderland, and amazing work on Oz The Great and Powerful, he decided to give directing a go. 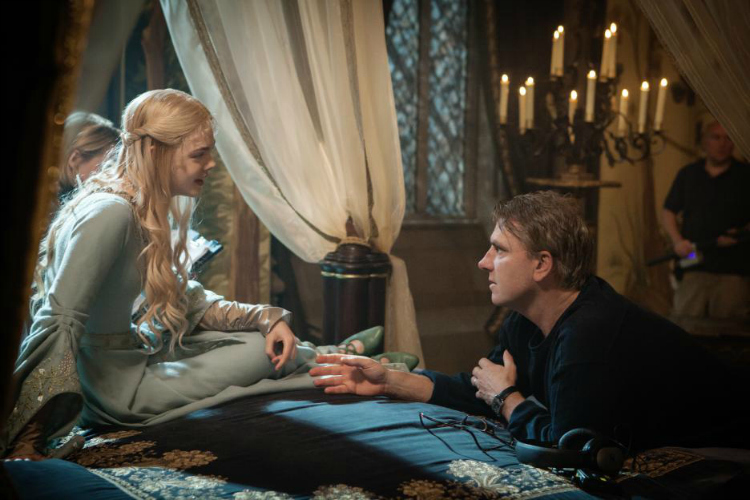 While on the Maleficent press trip, Robert Stromberg sat down and chatted about working on the film that is his directorial debut.

Q:  Was Angelina your first choice for the role of Maleficent?

Robert:  She was actually already attached when Disney hired me.  They were looking for a director but she had wanted to do this character for a long time.  So, lucky for me she was (attached to the role).  I didn’t have to do much digging on that part.  It was sort of this perfectly made iconic combination that I was blessed to have.  You have this sort of thing that looks really good in the costume, this iconic figure, that wasn’t it.  What really surprised me, which was great, was the emotional depth and the richness of the emotional part of that character was, when you combine that with the image, is what made it powerful.

Q:  So this being your first directorial debut, what was different from being on set compared to being in the art department?

Robert:  I’ve always wanted to be a director.  You know, I used to make movies when I was a little kid.  I was a huge Disney fan.  I had an art teacher who was an ex-Disney artist.  I used to draw like crazy, images, including Maleficent when I was five, six years old.  And I had always wanted to tell stories and be a director.  I got sidetracked by this pesky art direction stuff.  It was part of the journey.  I’m glad that I did all that stuff because it prepared me not only being around these big movies but also meeting a lot of great directors.  I met Peter Weir and we became close friends and (worked together) on a movie called Master and Commander.  He taught me a lot about how to talk to actors and to get at an emotional level with them.  And then I spent four years with Jim Cameron and that was useful in how to be strong when you need to be.  I worked with Tim Burton.  So these are all directors but they do it in different ways.  So I came into this with a lot of experience and not only that, you have to have emotion yourself.  And you have to have spent your life studying human behavior and really, really paying attention to why people react a certain way when they’re told something.  I think it’s all those little bits of information plus all of the knowledge I got from just my experience with other directors.  And then the confidence to be at the same level with somebody in finding the emotion of that character.  That’s what made me feel comfortable in being a director. 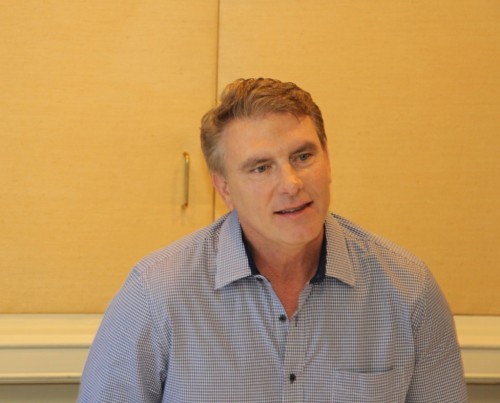 Q:  What advice would you give to parents of children who may have an interest in going into film either directing or working in the art department, working in any capacity in this industry?

Robert: It’s obviously very competitive but if you follow your passion…I’ve never done this because I wanted to be recognized.  I’ve never done this because I wanted to make oodles of money.  You do this because you’re passionate about it.  You do this because creating is your world.  And I thought that was my world until I had my own kids, and then that opened up, for me personally it opened up the reason why I’m really here on this planet.  It’s not to make movies.  To understand the love, you could say true love you have as a parent.

Q:  What was your favorite scene to direct?

Robert:  I think there are many, many different special moments.  But I suppose the christening scene ’cause in the film we’re doing a retelling.  So we’re not just doing a straight out of the box remake of that classic version.  So it was very intentional that when you watch the movie you’ve learned a whole bunch of new material.  When you get to that center point of the movie we shot that scene almost verbatim, word for word from the classic cartoon version.

And that was so that you now had all this new, fun information that you had learned and you understand why that character is doing what she’s doing.  And then you get to see what happens after that.  So  I think it wasn’t challenging but for me personally as a film, Hollywood moment, just standing there with several hundred extras in this huge set, and she came into the room in that costume and, I just was a big fan myself at that moment just in awe.

Q:  What was the creative process that you used creating the Moors and all the characters of that world? 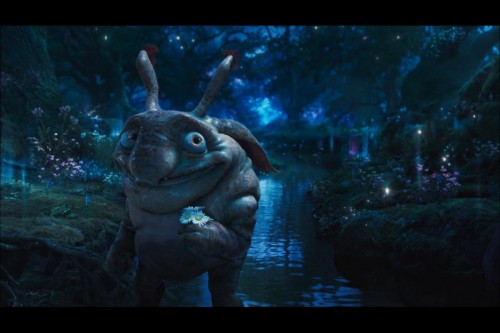 Robert:  Over the years I probably have a file full of just sketches and strange creatures and stuff that you wanna use one day.  I always approach a movie with using the world itself as a psychological steering device.  So, in other words, just for instance, at the beginning of this film we start off and it’s sort of happy and sunny and everything else.  And the mood of the whole world goes dark with Maleficent and then comes back up again at the end.  So I think it’s really interesting, not just as a designer but to, to create fun things, there’s no rule book there.  That’s what’s fun about it is you just do a sketch and oh, this is cool, and you know, three months later it becomes something real. 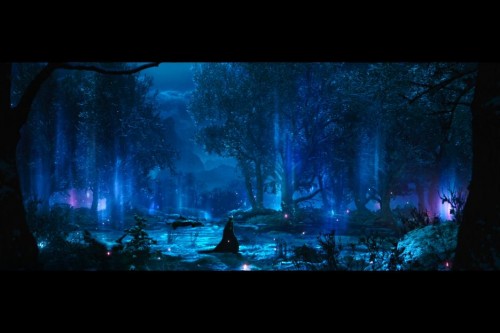 The interesting thing I’ve learned over the projects that I’ve done is how you can steer the audience and make the audience feel something, even if they’re not aware that that’s how things are done.  So that was where I started.

Q:  What was the most difficult thing to bring to the big screen for this film?

Robert:  It’s just getting through the film and still carrying a big, beating heart under your arm as you make it through this jungle is something.  Someone once told me directing is like painting in a hurricane.  And and it’s true.  You know, the whole… I can’t pick one thing that was challenging because just making a movie at this scale, you’re juggling.  You’re just constantly juggling chainsaws and trying to draw pretty pictures at the same time.  So I think the challenge is to bring all these huge, you know, elements together and at the end of all that, have something with a heart and soul and emotion and something that means something.  I’m always amazed at how movies get made at all, you know?  There’s so many pieces that have to come together that it’s really fascinating process.  I’m still fascinated even though I’ve been doing this for twenty-eight years, I’m still as, as fascinated today as I was when I was five years old. 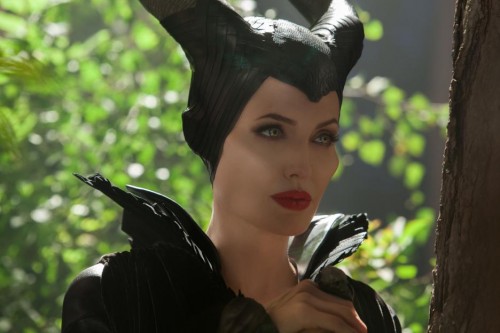 Q:  Had you worked with Angelina Jolie before and if not, what was it like to work with her and direct her?

Robert:  I hadn’t.  I went to her house the first day I met her and what was really great is we didn’t talk about the movie for the first hour, I think.  I’ll never forget we just sat on some back steps in her backyard and watched her kids play out in the backyard.  And we talked about life and, and being a parent and just normal stuff.  And I think that’s why we connected is because we had to find out that we were both human beings first before we tackled human being problems.  And that was a special moment for me because I wasn’t necessarily intimidated by her, but I had never seen the human, motherly quality in there before.

Q:  You said you had to stay true to the original Sleeping Beauty but did you still have creative license in what you got to do?

Robert:  Well Linda Woolverton wrote the script.  I think we would deviate from that based on — a lot of times when you’re in the moment, it looks better on paper than it does when you’re actually seeing how two characters are reacting to each other, or how a scene plays out.  That’s also part of what you learn as a director is how to adapt in a situation and understand that something is just not right and to adjust it so that it is.  I’ve always told people that whether I’m doing a painting, which is a composition, compositional rhythm, or music is its own rhythm, a dialog can be a rhythm too.  And if it’s off, if one inflection is off slightly off, you have to recognize that because it makes a huge difference emotionally, in how you’re supposed to feel watching it.