It’s not a secret, I am a night owl.  I have nights that I am grateful for late shows that make me laugh, you know, like Jimmy Kimmel Live.  When invited out for the LA press trip a few weeks ago, I was super surprised, and even more happy to see that a visit to the show was on the itinerary.  I immediately wondered, who would be the guests that night and if we would be lucky enough to get to meet Jimmy? 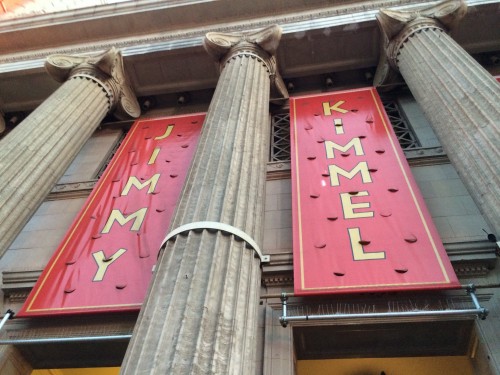 Ok, so those guests, yeah, those happened to be Sally Field and Julia Roberts.  (Happy Dance happened more than once!)  How amazing of a show with the two of them there?  And the show was on Cinco de Mayo, of all dates!  That means I knew there would be Mexican food, probably a cocktail containing tequila, and well, Sally and Julia! 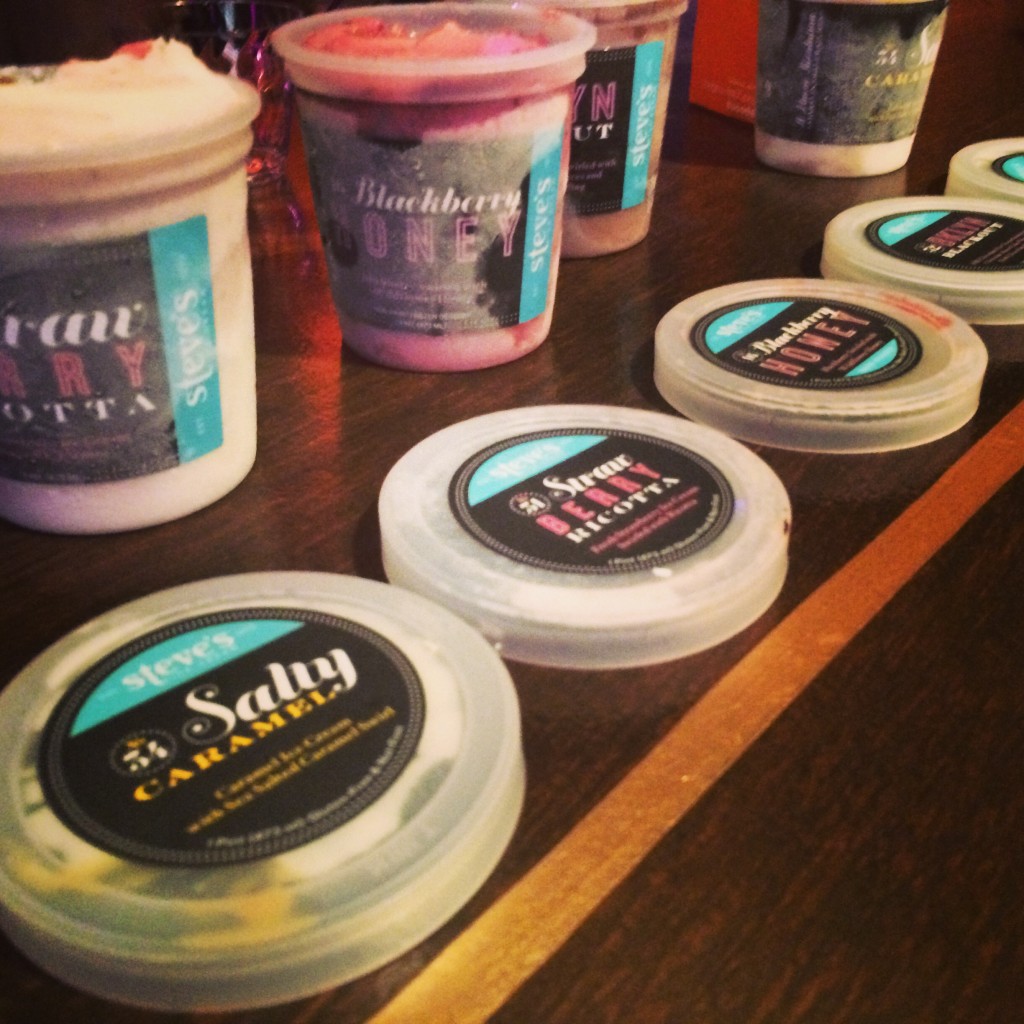 Being a group of 25 makes having a special area in a live studio audience a bit of a challenge for a show as popular as Jimmy Kimmel Live.  Lucky for us, they gave us our own VIP area to eat, have drinks and partake in some very yummy Steve’s ice cream, all while watching the show in our very own screening room. 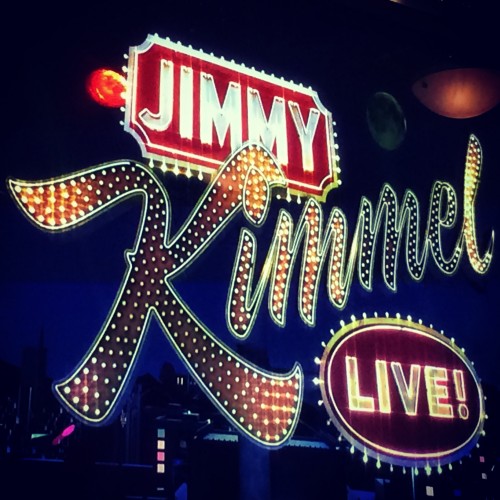 Welcoming us to the show was Executive Producer Jill Leiderman, as well as co-head writer Molly McNearney – who has been with the show for 10 years and has been married to Jimmy Kimmel for almost one year and is expecting their first baby together. Kimmel also has two kids from a previous marriage.

Jill shared with us how great her job is.  She comes to work, makes sure everything is ready to go for the day for Jimmy, and LOVES what she does.  Working with Jimmy for close to 8 years, she works 5 days a week, 40ish weeks a year, for a boss that she calls a friend.  “His family and friends are so interwoven in his life, he’s such and excellent father, son, uncle and husband and friend.  He really treasures the people around him.  When he was little he would tape record underneath the kitchen table his aunt and uncle when they were arguing with each other and he’d save those tape recordings.  He got a huge kick out of it.  And that would be played with later on.”  That is how Jimmy started.  “Working at JKL, has you part of and meshed into that world of his family and friends and a lot of his greatest ideas come from the pranks he played on the ones he loves”.

Molly McNearney is adorable, pregnant, full of energy and excited to share what her days are like as head writer.  “We give Jimmy about 75 pages to go through for material.  By the time he’s done, he gets it down to a page and a half.  We all have stuff that gets cut.”  Being that it’s stuff that is researched and made fun of daily, there’s rarely a chance to re-submit your previous joke to try for another night.  Instead the material is fresh every day.  Molly also told us that even though they write the script actors still improvise.  Yes, everything is pretty planned on the show.

A lot of the funniest stuff both Molly and Jill agree is the stuff he does with his family.  Bits with Aunt Chippy are hilarious!  “Every time she comes here, she says, ‘I can’t believe he does this to me all the time!’  His cousin Sal is his accomplice, and that is a big part of the show,” shares Jill.

Jimmy didn’t hold back on the show we attended.  I laughed!  A lot!  Do you want to see some of the fun from that show?  Here you go!

Julia Roberts vs. Sally Field in Celebrity Curse Off

After the show was finished filming we had the opportunity to walk around the set.  I took a few photos of the studio, Jimmy’s desk, and then…. 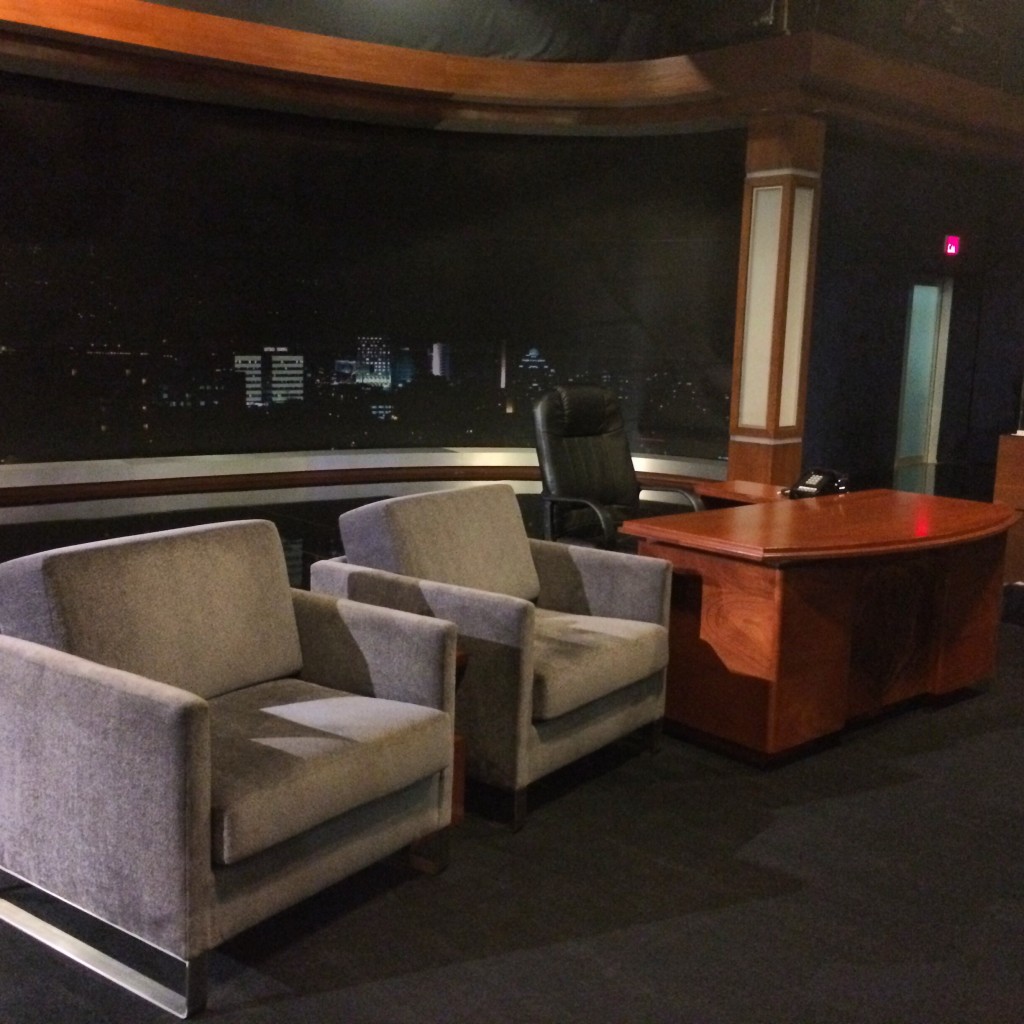 Look who came out to say hello.  Not just to say hello, or even to take a group photo, but to actually chat with us and then take a photo with each one of us individually.  Of course I had to take a selfie.  🙂 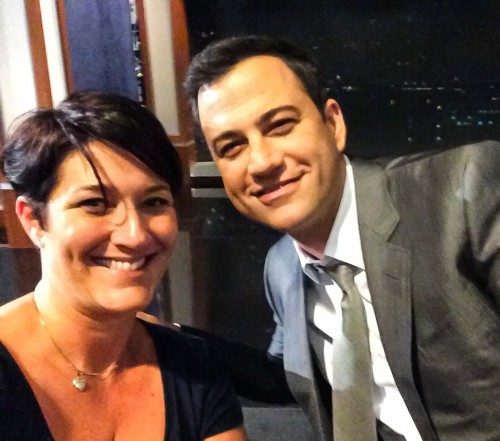 Once again, an experience that I am so happy I have photos, otherwise it would be more like a dream happening.  I mean, the show, the behind the scenes…and then Jimmy!  So fun!

*I had the opportunity to visit and go behind the scenes at Jimmy Kimmel Live as part of a press trip I attended with Disney and ABC.  Most expenses were covered for the trip, but all opinions shared are my own.