I recently had the opportunity to meet the Writer and Director, Kevin James O’Neill, and talk to him about filming a movie in Winter Garden, Florida. Screaming into the Wind will add to his already impressive list of short films. Being fortunate enough to work within the entertainment industry over the last several years made me take a quick interest in his work.

Kevin, a Sacramento, California native, didn’t grow up with the dreams of working in the film industry. In fact, after he graduated from high school, he enlisted in the US Army. After his time serving, Kevin attended Brevard Community College, which eventually led to his recruitment as a full-time firefighter by the Merritt Island Fire department. Part of the requirement for his job was to take an elective in Brevard Community College. He opted for a drama class.

That was the beginning.

During Kevin’s first day in class, he cast for a part in Bye Bye Birdy. It was a small part, but he fell in love with acting none the less. It was from that play that a director cast him as Vince Fontaine in Grease. For six years he juggled being a firefighter and school where he did 25 or so plays. He left the fire department in 1984 and moved to Orlando to pursue his dreams as an actor.

After building up his resume, Kevin did what all actors do. He moved to Los Angeles. It was there that Kevin spent ten years taking small roles in big shows such as Beverly Hills 90210, Dr. Quinn Medicine Woman and Highway to Heaven. Eventually, Kevin made his way back to Orlando, but he hasn’t slowed down, just spending more time on the other end of the camera.

Now as he begins his next project, Screaming into the Wind, he’s decided to use an all-women production team, with Producer Frances Muenzner Titus running the roost. Also, picking the quaint town that I live in, just outside of Orlando to do the shoot. I wanted to know more, and I am sure you do too. So here’s the scoop on filming a movie in Winter Garden, Florida.

It’s a beautiful day in the neighborhood ✨?? 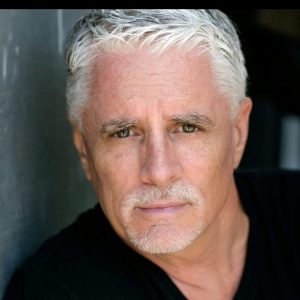 Winter Garden, Florida is a mid-sized city with a population of 39,219 people. If you are looking for a family-friendly city, Winter Garden might be a good fit as 82% of the population over 15 years old are married, and 50% have kids who are 18 years old or younger. Long travel times to work can be one of the most frustrating things in the world – right behind housework! If you decide that living in Winter Garden is the right fit for you, your one way commute time will average 27 minutes, which is about average when compared to the national commute time of 26 minutes.

As a woman, I understand the importance of equality in the workforce. Hollywood has been vocal about this since it has been a male-dominated industry. Share with us your reasons for choosing to work with only women on Screaming Into the Wind?

Since film-making has become a male-dominated industry since its inception. Hollywood has written, produced and directed films heavily influenced by men even though there has always been a population of at least 50 percent women that work in that industry as Directors and other key positions. Women’s stories have been told as a whole by men’s version of women. It’s important that women have a voice in the way their stories are told. Women as a whole are often snubbed and disregarded when it comes to telling these stories. 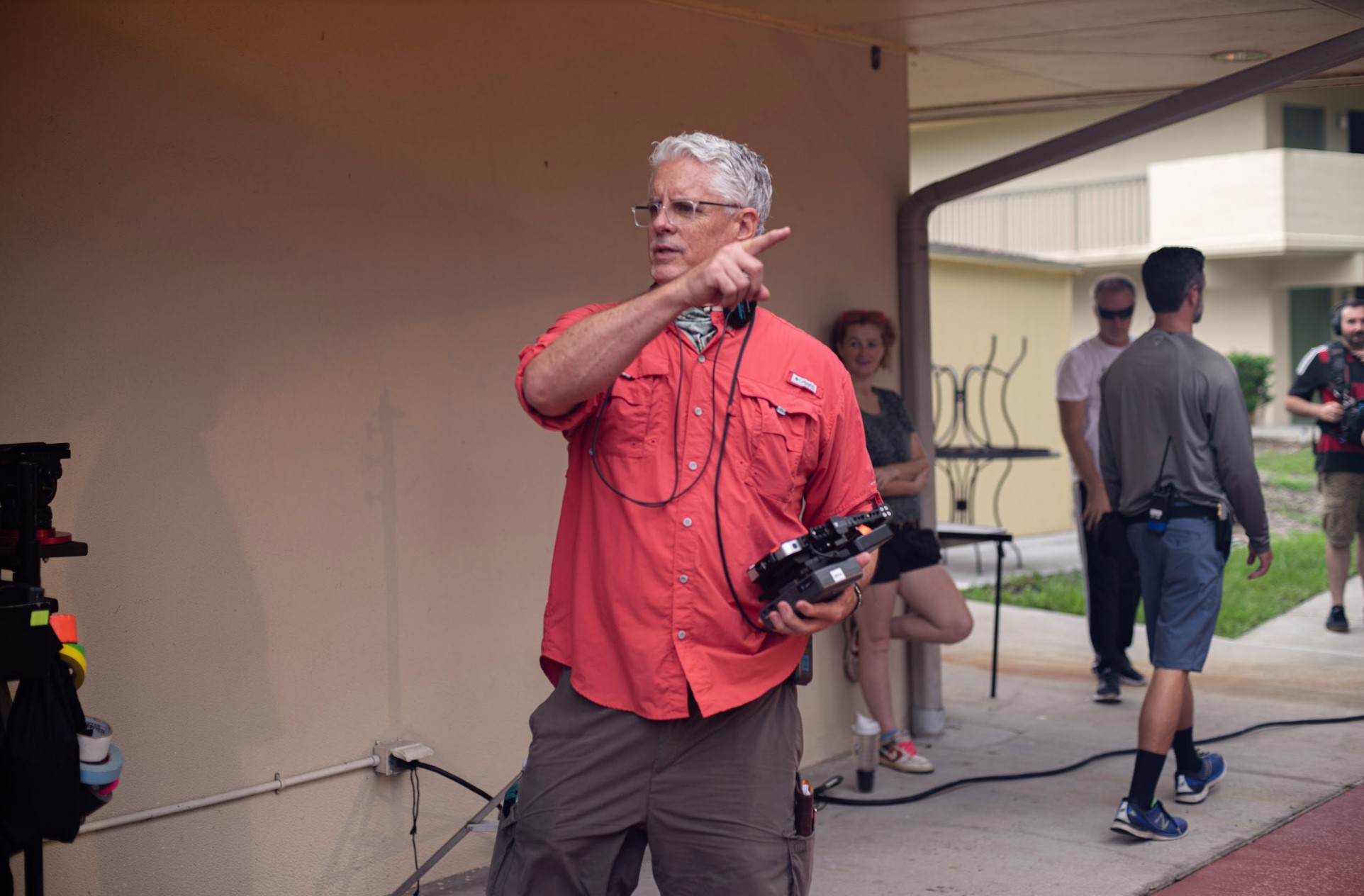 As a teacher at Full Sail University for over thirteen years…

I have learned the importance of allowing women their ability to speak about the injustice that occurs when men control that voice. I have been instrumental in pushing women Directors, Assistant Directors, Script Supervisors and Producers since I started teaching Directing at Full Sail University in 2006.

Bring on the women.

In the films I’ve directed since 2005, I have brought women on to those jobs and just about every position that I believe brings our production to life through their eyes

Women bring a missed sense of human emotion to their projects. They bring an important and different perspective to the equation. Their viewpoint is brought on without an agenda and is not one-dimensional. They are able to bring a different outlook and slant on life. It’s important that we look at that form of life.

Currently, Kevin is in post-production of a short film, Resemblance. After watching the short, trust me it will get its own well-deserved post to come. Here is a look at the trailer.

Also, Kevin’s Man in the Woods will be screening at the Central Florida Film Festival this Saturday, the 28th at 5:40 pm at the Epic Theatres in Mount Dora, Florida. That is located at 2300 Spring Harbor Boulevard, just off US Hwy 441 between Target and Walmart. 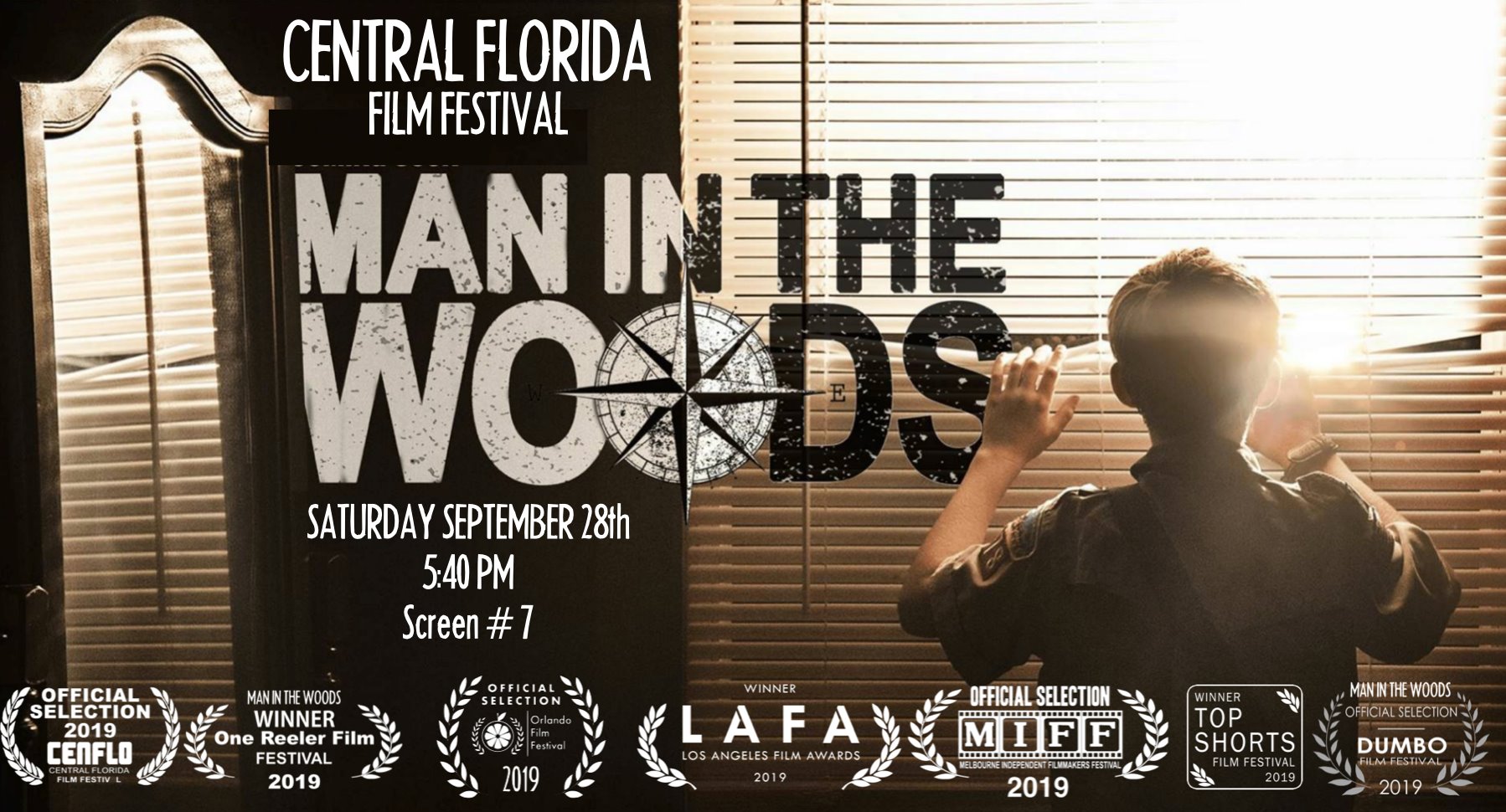 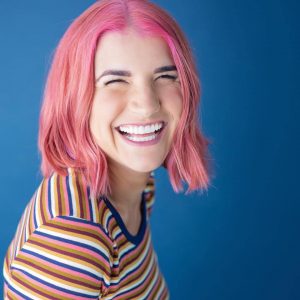 Speaking of women in the industry, Producer Frances Muenzner Titus has taken this project on in full force and has been actively working on it for just over 3 months now. She shared a little of her professional background with me and why she signed on as Producer of Screaming into the Wind.

So what’s your story?

I began working as an actress at a young age in elementary school performances and was lucky enough to attend a school that really put a lot into their early theatre programs. I fell in love! One of my first professional gigs was actually for Universal Studios. I  enjoyed being part of the Civic Kids and their summer stock shows, now the Orlando Rep. My peers their included Mandy Moore.

I had the opportunity to perform at the Edinburgh Fringe Festival, in Scotland, with Dr. Phillips Theatre Magnet program. I was able to work in several independent filmprojects during college. I also continued to work on the stage, playing Juliet in Shakespeare’s Romeo and Juliet at Osceola Performing Arts Theatre.

I moved to New York and helped produce an off-broadway show, The Love Letter You’ve Been Meaning to Write New York. It was a mixed media production mixing live performance and film. Also, I worked on season 1 of HBO Girls, Gossip Girl and Blue Bloods while simultaneously working for production companies here in Central Florida, like Convergence, now the GoCo, flying down to the Bahamas several times for Atlantis projects. I moved back to Florida to start a family and began with assisting the Yellow Shoes LA team for several photo projects for Disney. 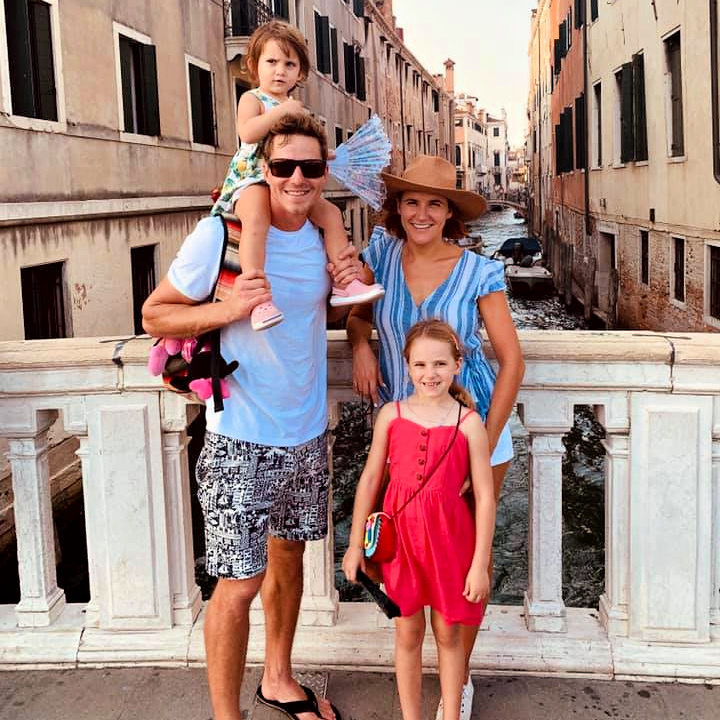 I am a wife, a mother to two beautiful girls, a business owner, actress and am now getting to produce a short film, which is a first for me.

How did you connect with Director Kevin James O’Neill?

I’ve known and worked with Kevin on and off over the past 15 years. I worked as a principal in one of his first short films, “The Bout”. He’s smart. I appreciate him giving me this opportunity. 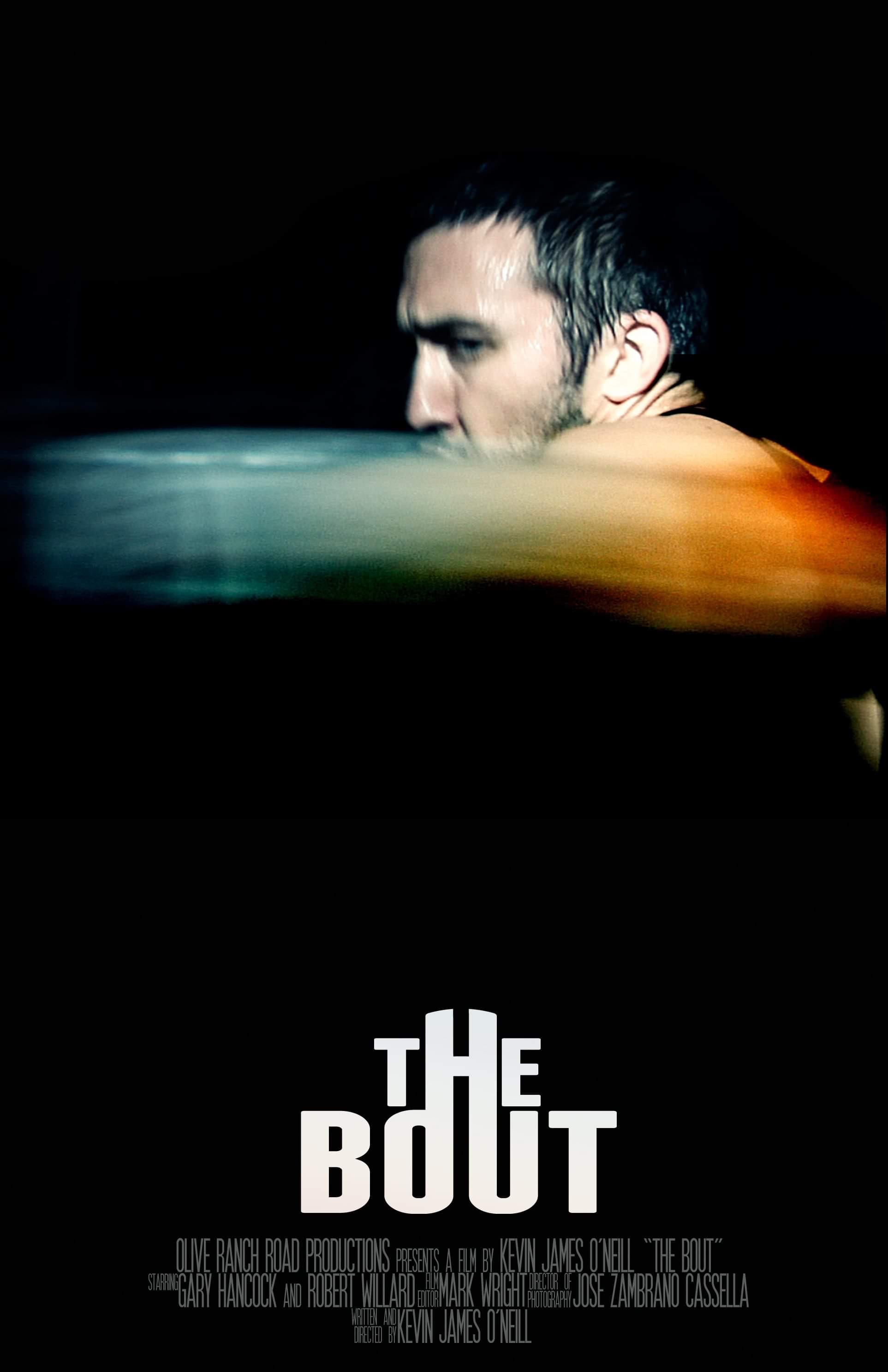 It’s looking like Florida is getting busy once again for film productions.

Yes. I’m very excited about the projects coming to Florida like the Hallmark movies that are now filming here, as well as the TV series, The Right Stuff. Audtioning has become fun.

And Screaming into the Wind will be right here in Winter Garden.

I love that Winter Garden is such a collaborative, supportive and creative community. It is film-friendly, so beautiful and I am really excited to bring attention to the wonder of our town by making it the home to our project. It’s a gift to be filming a movie in Winter Garden. 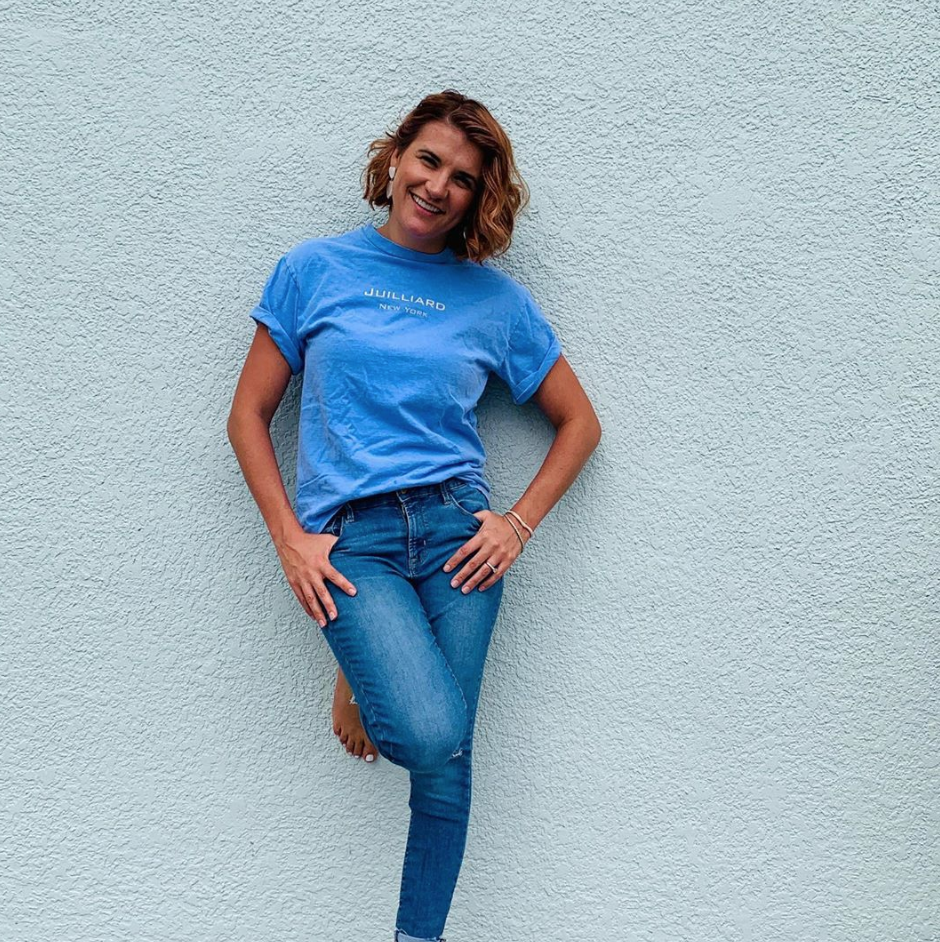 What message are you hoping people will walk away with from the film?

I am excited to bring awareness and conversations to topics like emotional abuse which is the focus of our film. I think it will open up a greater conversation directed towards the mental health of our mothers.

More than any reward and recognition I hope it brings a deeper understanding and perspective towards women’s mental health and their needs and the support, help they deserve.

Do you have any other current projects in the works?

I am currently in pre-production for two projects under Lion Tribe Media where I work as creative director and co-founded with Kimbria Young and Gabrielle Sermons. A faith-based media group founded to bring unifying, uplifting and faith based content. I feel called to gather people’s testimonies. I have a deep sense of purpose in that knowing we change for better through story telling. So I am working with that on a project now.

Also, I am currently cast in a new comedy “Dancing on Eggshells”, from Warpgate Studios with Producer Joey Soto. Warpgate Productions and Lion Tribe are currently working out of Estudios in Winter Garden on an untitled project. Stay tuned! 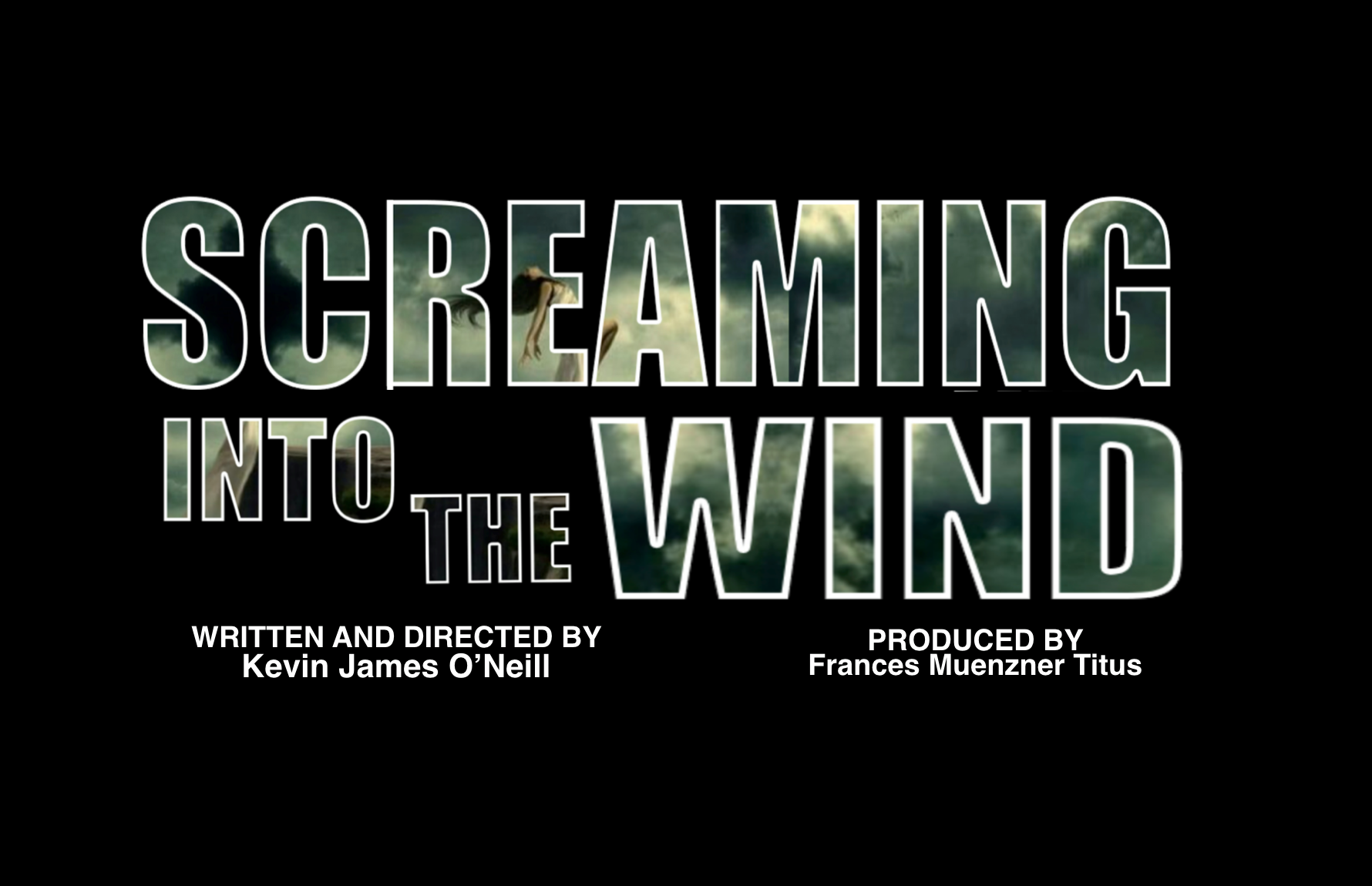 Screaming into the Wind

Screaming into the Wind is a short film that offers a glimpse into the surrealistic life that Evie Ingle lives. It’s a world of emotional abuse that engulfs her daily life and a cerebral look at the erosion of her personal identity. Written and Directed by Kevin James O’Neill and Produced by Frances Muenzner Titus.