I shared a little about Pixar’s Inside Out in my last post about my trip to Pixar Campus with a look at how the mind works with production designer Ralph Eggleston.  I learned about the research that went into how the brain works and how they would implement that into the characters for the film.  This time around I am sharing with you what I learned from lighting artist Angelique Reisch and director of photography Patrick Lin.  The amount of time and energy that goes into a feature animated film like this is amazing.  These two help make this portion make sense to those of us that do not work in the world of animation. 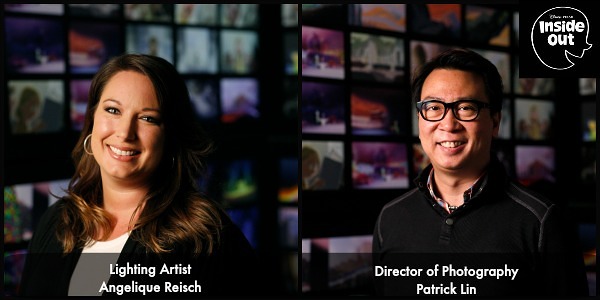 Behind the Scenes Look at Lighting and Photography

Angelique is the character lighting lead on the upcoming film Inside Out, and shared a bit on the process of lighting.  It truly is an art of its own.  She shared the challenges of the mind world versus the human world.

“Our jobs when lighting an animated film are very similar to a cinematographer on a live action film with really only one crucial difference.  We don’t have to move all these heavy lights around.  Our lights exist completely in the computer.   So, that means all the muscle power we save from not having to move lights around goes into brain power.  We have to create every single light, every single shadow and every single component from scratch.  We then have to track those lights.  We have to understand how to build up to create a visual pleasing image.  Lighters have to not only have technical skills for lighting, but also artistic skills to create a really beautiful image.”

She then shared examples on lighting a person and then Joy from the film.  Sharing a specific scene that has over 175 lights and the lighters job is to track all of those lights and know exactly how they combine to create the final image. 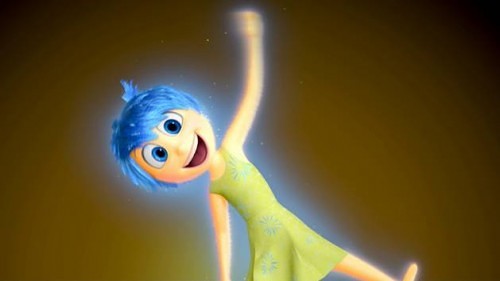 “I feel this is why we have the best job.  We get to take all that amazing work and make some really stunning images.”

Here is a great example. 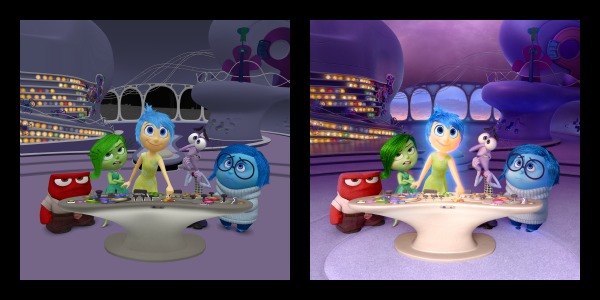 The director of photography checks the shots and then once approved they move onto the next scene.  About 2 scenes a week are approved.  Hence part of the long process of completing a film like this.

“You have all heard of lights, camera, action.  Well in the animation world it’s camera, action, lights.  In other words it’s camera, animation and lighting.  We’re at the front of the production pipeline, we set up the foundations for all the other departments to build their works on and we are also the first step in seeing what the film will look like cinematically.”

“We are also called the camera and staging department.  Those are the two things that we do. Just like a live action crew, we use cameras, but ours are virtual.  They are mathematically true to a real camera.  We have lenses to choose from, we have to focus…and everything.  We mimic the movements of a real camera.”

Staging is the choreography of cameras and subjects and how we move them through the frames and the scenes.  We use blocking to establish positioning for the characters and cameras.  And we also establish eye lines and screen directions.”

Seen here is an example of the set and layout used for a particular scene.

“At the end of the day what we do is visual storytelling.  Tools get better and faster, which helps tell my story better.”

How many people worked on Inside Out?  “We had a team of 10 people on my team for Inside Out.  We shot 1500 shots and it took about 15 months, which is actually quick.”

As I mentioned in my other posts, I only saw the first 59 minutes of the film.  I truly haven’t anticipated the release of another animated film like this one in a long time.  It’s brilliantly done.