What’s it like being the voice of a Disney character?  I have asked myself that question a few times.  I mean, I know I don’t sound like Ariel, but man when the girls were little, I would sing Part of Your World as if I sounded JUST like her.  Those girls now being 14 and 16, no chance I will be singing any princess songs to them any time soon, but I did get a “that’s cool mom” when they saw that I got to see what it was like to be a voice of one of Disney’s newest animated characters from Disney’s Planes Fire and Rescue. 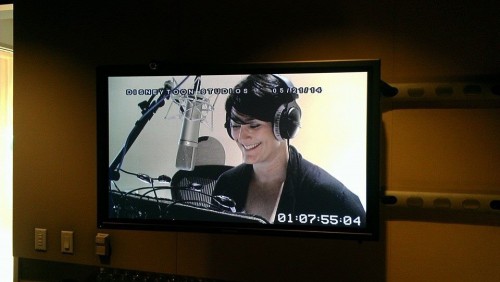 After spending some time learning the process while in my “Recording Booth Session” with Jason Henkel (casting director) & Paul McGrath (sound engineer), I got to have some fun while doing a real ADR (additional dialogue recording) session for Planes Fire and Rescue at the DisneyToon Studios recording booth. 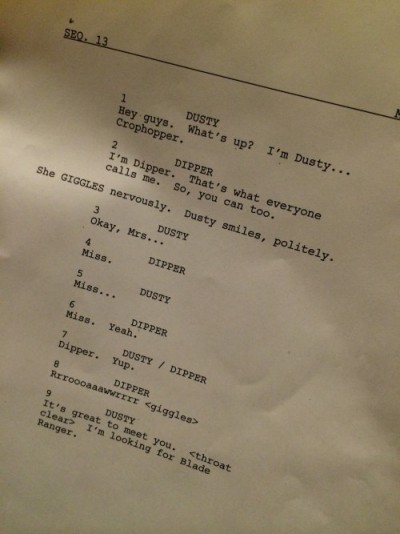 So yes, this is the script I was given.  I was doing the part of Dipper, played by Julie Bowen – which my interview with her will be up next week.

“Outgoing and spirited super scooper Dipper is skilled at skimming lakes, scooping up more than 1600 gallons of water and dousing angry fires.  A former cargo hauler from Alaska, Dipper is an avid air racing fan with a major crush on headline racer Dusty, so she’s head-over-wheels with excitement when the new SEAT shows up at Piston Park.” 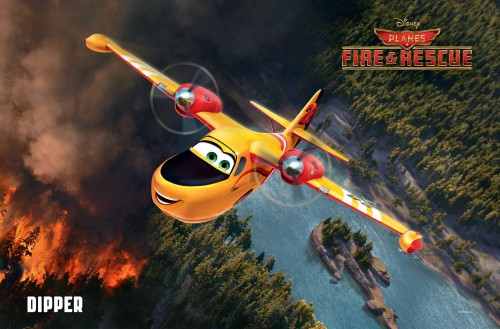 When they put me in the booth, I had watched the scene and had an idea of what they were expecting of me.  I think everyone that participated that day was a little nervous, but in the end, it was just so fun!

See Me as “Dipper” – Playing in the Disney Toon Studio Sound Booth.

It’s funny to see myself giving it a try – but see for yourself, it isn’t easy, but it sure is fun!

And the magic makers of Disney took that and made it into this.

Fun right?  With all the fun stuff I have done working with Disney, this was a first for me, so I really enjoyed this time in the booth, learning the process and then seeing my work – I think I’ll keep my day job, but hey Disney…if you need me.  😉

Just a few more weeks until this fun for the WHOLE family film hits the theaters!