With the release of Star Wars: The Force Awakens on Digital Download and Blu-ray, of course there is going to be some serious buzz and excitement. What better way than to use the attention than to give back. Mark Hamill and Kathleen Kennedy share which four charities the Star Wars: Force For Change will match up to $1,000,000 in donations made by fans to four charities between April 5th and May 4th. 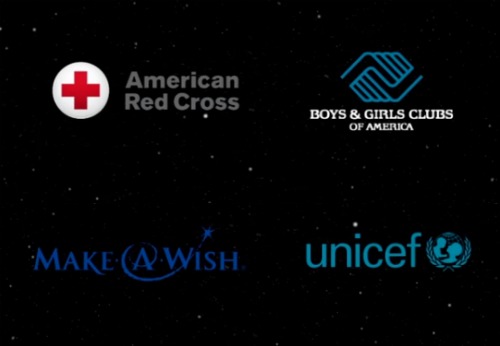 To date, Star Wars: Force for Change has raised over $10,000,000 with the help of the amazing Star Wars community. This month-long campaign will lead up to “Star Wars Day” on May the 4th. The four select charities include the U.S. Fund for UNICEF in support of UNICEF Kid Power, American Red Cross, Boys & Girls Clubs of America, and Make-A-Wish®.

“Star Wars fans are some of the most generous, thoughtful, and sympathetic people I have ever met,” says Lucasfilm President Kathleen Kennedy. “I am so proud of the charitable work they have done over the years and hope this month-long donation-matching campaign will go some way to express our sincere thanks for their tireless efforts.”

Over the course of the four-week period, which culminates at 11:59pm (PST) on May 4th, fans will be able to donate through CrowdRise.com/ForceForChange to these four charities and have their donations matched dollar for dollar up to $1,000,000. During the first week, the first 20 fans to raise or donate at least $500 will win a Blu-ray of The Force Awakens signed by the cast[i], with more incentives to come. All participants who enter will also have a chance to win an all-expense paid trip to Ireland, including Skellig Michael along the Wild Atlantic Way, the location of the dramatic final scene from The Force Awakens[ii]. 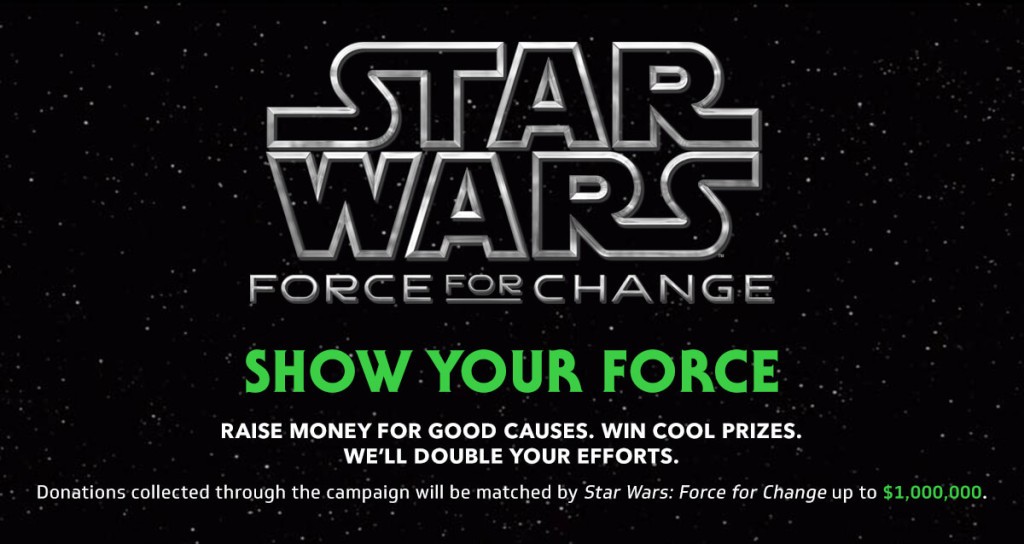 Show your Force and visit CrowdRise.com/ForceForChange now for more details.

Star Wars: The Force Awakens is available now on Digital HD and Blu-ray Combo Pack – Read more about it here. 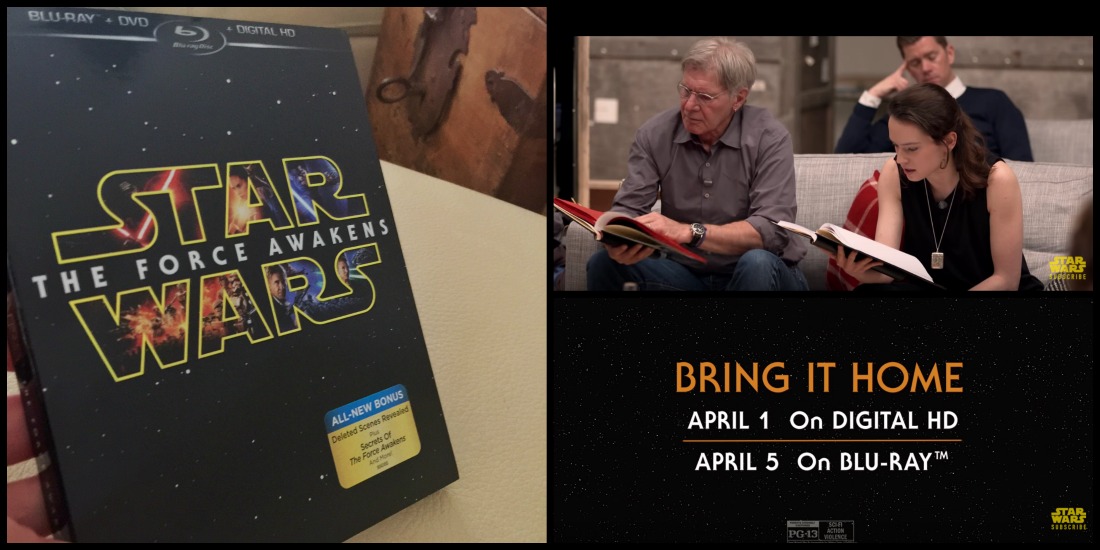 [i]  Must be at least at least age eighteen (18) years of age or the age of majority in your jurisdiction, whichever is greater, at the time of entry and an individual legal resident of the 50 United States or the District of Columbia. Starts on April 5, 2016 at 4:00am PST and ends as soon as there are twenty (20) individuals that have donated and/or fundraised at least $500 online on the Website here:  https://www.crowdrise.com/ForceForChange or on April 11, 2016 at 11:59:59pm PST, whichever comes first. To enter, follow the on-screen instructions to donate or fundraise. ARV: $500. For complete rules and eligibility requirements, Click Here CrowdRise.com/ForceForChange. Sponsor: CrowdRise. Prize Provider: Lucasfilm Ltd. All trademarks are the property of their respective owners.

[ii]  No Purchase or Donation Necessary. Must be at least at least age eighteen (18) years of age or the age of majority in your jurisdiction, whichever is greater, at the time of entry and an individual legal resident of the 50 United States or the District of Columbia. Starts on April 5, 2016 at 4:00am PST and ends on May 4, 2016 at 11:59:59pm PST. To enter, either (1) follow the on-screen instructions to donate or fundraise or (2) email Kennedy@crowdrise.com with the subject line: “Please enter me in the Win A Trip to Ireland and Skellig Michael Sweepstakes”, and your full name, birthday, address, email and “I agree to these Official Rules and CrowdRise Terms and Conditions.” Limit 200 entries per person. ARV: $4,999. Odds of winning depend on number of entries received. For complete rules and eligibility requirements, Click Here CrowdRise.com/ForceForChange. Sponsor: CrowdRise. Prize Provider: Tourism Ireland. All trademarks are the property of their respective owners.