Can you believe that Star Wars: The Force Awakens is still playing in theaters? Crazy, since it’s been over 3 months since it hit theaters. Regardless, that hasn’t stopped the presses – for all of us Star Wars fans, this is great news. Star Wars: The Force Awakens is coming out on Digital HD in just a few days to watch anytime and anywhere and then the Blu-ray Combo pack and DVD will be released on April 5th. With some deleted scenes and some secrets shared, this is one you will want to add to your collection. 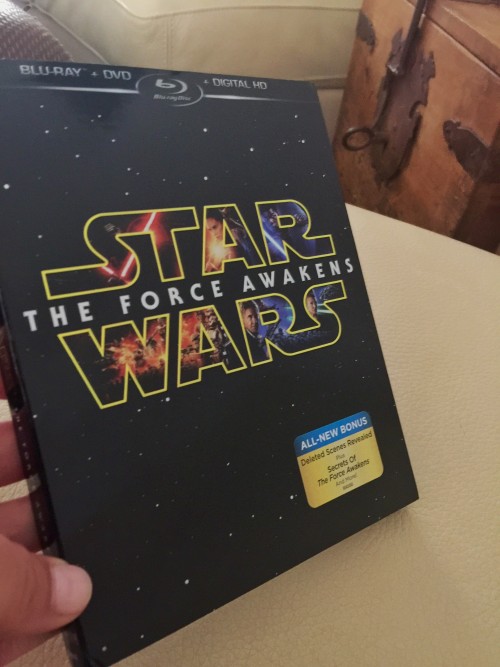 Star Wars The Force Awakens Out On Video

Star Wars: The Force Awakens shattered box office records upon its debut to become the cinematic event of a generation with over $926 million domestic and $2.05 billion worldwide.

Discover the complete story behind the making of Star Wars: The Force Awakens with in-depth documentary and bonus material that will take fans on an exciting journey behind the scenes. Secrets will be revealed through extensive footage, never-before-seen deleted scenes, and exclusive interviews with the actors and filmmakers. 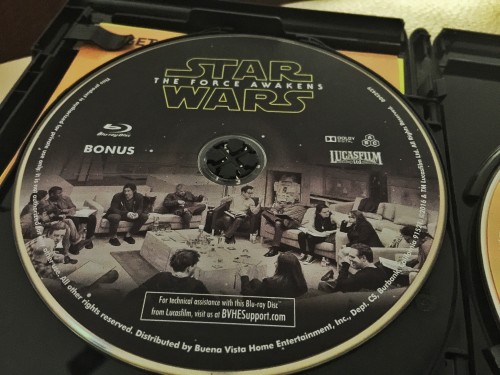 See the Star Wars: The Force Awakens deleted scenes, “Finn and the Villager”, “Jakku Message”, “X-Wings Prepare for Lightspeed”, “Kylo Searches The Falcon”, “Snow Speeder Chase,” and “Finn Will Be Fine” on Digital HD and Blu-ray Combo Pack, plus a special bonus deleted scene, “Tunnel Standoff” only on Digital HD or by redeeming the digital copy included in your Blu-ray Combo Pack.

Star Wars: The Force Awakens is coming home on Digital HD April 1 and Blu-ray Combo Pack and DVD on April 5.

*I was sent Star Wars: The Force Awakens for review purposes. All opinions are my own.