If you know me and follow me, it’s clear that I am all about equal rights. I have friends from all walks of life, different religions, races, gay, straight, and really, I am all about love and respect.

I shared a story not to long ago about my feelings on gay marriage and equal rights, and after seeing the news of Governor Nathan Deal, the guy that wants to allow organization to discriminate against and deny service to LGBT people in Georgia, it amazes me that we are living in 2016 and this is even up for discussion. This is a reminder of how far we have to go. Here’s the press release announcing the veto of the bill. It’s a shame that it took the pressure of Hollywood to force a hand, but regardless, congratulations to Georgia for winning this huddle towards equal rights. 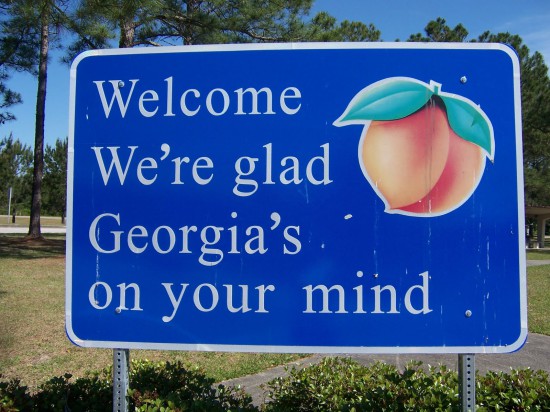 HRC mobilized grassroots supporters, entertainment industry and business leaders to call for veto of legislation that put local non-discrimination protections at risk and could have allowed businesses to deny service to LGBT people

WASHINGTON – Following weeks of pressure from the Human Rights Campaign and Georgia Equality, Georgia Gov. Nathan Deal will veto H.B. 757, a deeply discriminatory bill that passed the state legislature. The legislation, which sparked a massive backlash of opposition from a broad array of civil rights groups and leaders in Hollywood and corporate America, would have weakened local non-discrimination protections, allowed businesses to discriminate and deny service to LGBT people, and explicitly empowered discrimination by taxpayer-funded religious organizations.

“Our message to Governor Nathan Deal was loud and clear: this deplorable legislation was bad for his constituents, bad for business, and bad for Georgia’s future,” said HRC President Chad Griffin. “Today, Governor Deal heard the voices of Georgians, civil rights organizations, as well as the many leaders in the entertainment industry and private sector who condemned this attack on the fundamental rights of LGBT people, and he has set an example for other elected officials to follow. Discrimination and intolerance have no place in the United States of America, and we hope North Carolina Governor Pat McCrory and the North Carolina General Assembly are paying close attention to what has transpired in Georgia. They must undo their disgraceful attack on LGBT people in the state’s upcoming legislative session.”

According to the State of Georgia, which offers major tax incentives for entertainment companies to film in the state, at least 248 film and television productions were shot in Georgia during the state’s 2015 fiscal year. This resulted in at least $1.7 billion in direct spending as well as more than 100 new businesses relocating to or expanding in Georgia to support these activities.  The only two states where the entertainment industry does more business — New York and California — already have a statewide LGBT non-discrimination provisions on the books. Georgia does not.

Gov. Deal will join South Dakota Governor Dennis Daugaard as the second Republican state executive to veto an anti-LGBT bill this month. Unfortunately, North Carolina Governor Pat McCrory, also a Republican, made history last week when he signed into law a radical measure that enshrined discrimination against LGBT North Carolinians into state law, forces transgender students in public schools to use restrooms and other facilities inconsistent with their gender identity, and eliminates the ability of cities and towns across the state from passing local ordinances to protect their residents from discrimination. In their push for the measure, proponents of the law spewed dangerous lies about transgender people accessing bathrooms.

Georgia is among a majority of states that lack explicit LGBT non-discrimination protections. Nonpartisan polling from Public Religion Research Institute released this year found that a majority of Georgians oppose allowing businesses to discriminate and deny service to LGBT people — only 37 percent support such a bill and 57 percent oppose. Georgians also reported that they support protecting LGBT people from discrimination in employment, housing and access to public services by an overwhelming 66-28 margin.

Prior to the veto, HRC and Georgia Unites delivered more than 75,000 email petitions to Georgia Governor Nathan Deal urging him to veto this legislation.

Working to stop such reckless and discriminatory legislation, HRC is proud to be fighting alongside local advocates as part of  Georgia Unites Against Discrimination – a joint project of HRC and Georgia Equality dedicated to protecting LGBT Georgians from discrimination and ensuring that individuals and businesses aren’t able to use religious beliefs as an excuse to harm others.

The Human Rights Campaign is America’s largest civil rights organization working to achieve lesbian, gay, bisexual and transgender equality. HRC envisions a world where LGBT people are embraced as full members of society at home, at work and in every community.