The Middle on ABC is going into its eighth season, and for a good reason, the show is funny. With Patricia Heaton as Frankie, Neil Flynn as Mike, Charlie McDermott as Axl, Eden Sher as Sue and Atticus Shaffer as Brick, the cast has become like a real family. 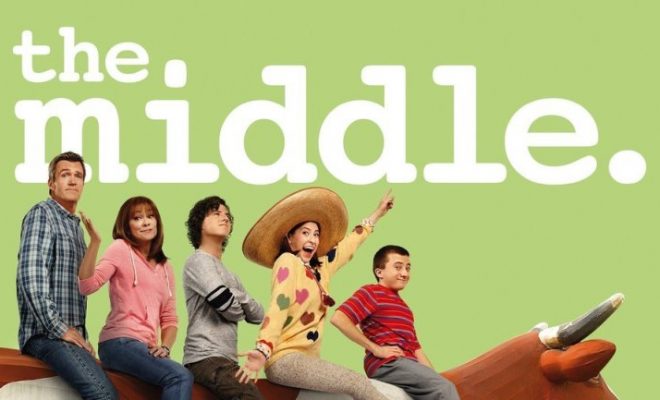 Frankie and her husband, Mike, have lived in Orson, Indiana, their whole lives. A man of few words (every one a zinger), Mike is a manager at the town quarry and Frankie is the third-best used car salesman (out of the three) at the local dealership. She may not be a high-powered career woman, but when it comes to her family, she’ll go to just about any length. And with kids like these, she had better. There’s Axl, her semi-nudist teenage son conceived while under the influence of Guns N’ Roses; Sue, the awkward teenage daughter who fails at everything… but with the utmost of gusto; and their seven-year-old son Brick, whose best friend is his backpack.

The Middle on ABC: Set Visit

The last time I visited the set of The Middle, Neil and Atticus were the only two on the set. But this time, we were lucky enough to all but Eden Sher (Sue). 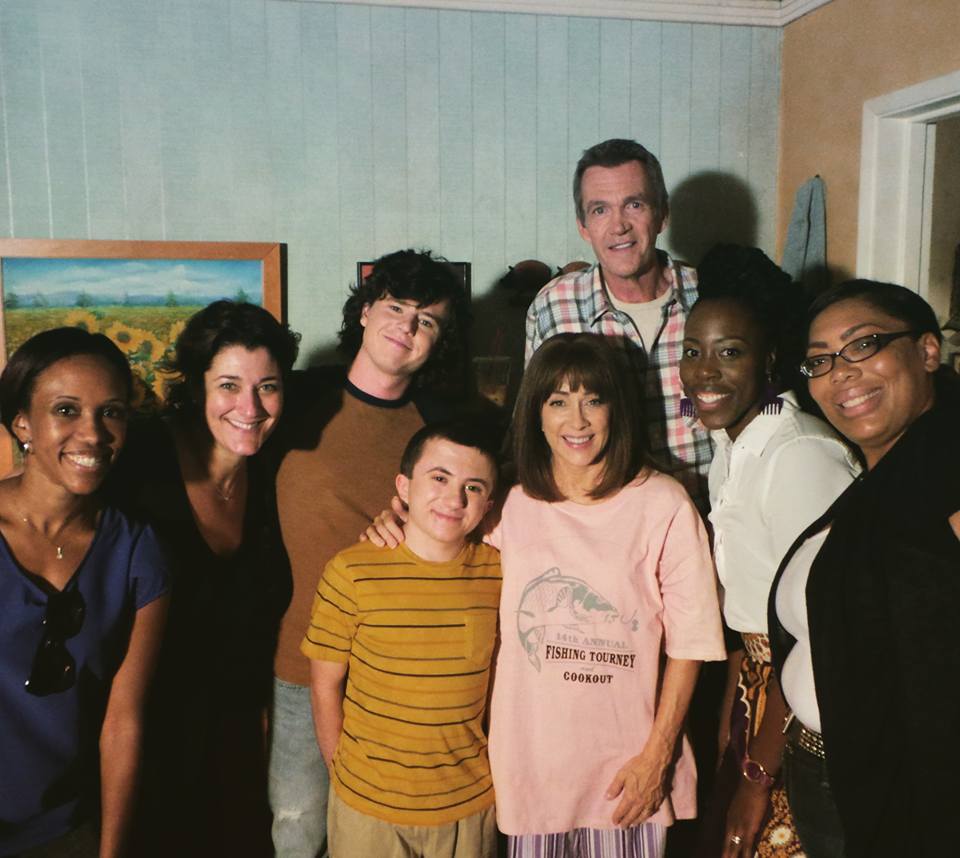 The cast and crew were fantastic. I got a few photos from around the set. I always love the photos and touches to make the set feel like home.

We were also super lucky to check out the wardrobe trailer and speak with The Middle’s Costume Designer Julia Caston. She shared her thought process on picking the clothes for each character. It was interesting to learn how she pulls each outfit for each episode. Also how she tags them items with the character name along with a photo. She has to take into consideration the script for each episode as to where the characters will wear. And she tries to have a few of each item. Especially for messy scenes.

Tuesday nights just got funnier! ABC boasts a big night of comedy on Tuesday. It all starts with The Middle at 8:00 pm.

Katie tries to help Anna-Kat fit in at school; Taylor and Oliver like the luxe Westport lifestyle.
9:00 pm – Fresh Off the Boat
Louis takes the family to Taiwan, then wonders if life in Taiwan would be better than in Orlando.
9:30 pm – The Real O’Neals
Kenny starts the first LGBT club at St. Barklay’s School in honor of National Coming Out Day.

*I was invited by ABC and Disney to visit the sets of various television shows as well as an inside look at the upcoming season with various interviews. All opinions are my own.