While on my trip a few weeks ago to LA for the Muppets Most Wanted Event, visiting the sets of some of ABC’s most popular programs and screenings of upcoming episodes was on the itinerary.  One of the screenings happened to be the episode of The Middle that is airing tonight on ABC 8/7c.  Here is a sneak peek of what tonight’s episode is about and photos from The Middle Set Visit.

While on my trip a few weeks ago to LA for the Muppets Most Wanted Event, visiting the sets of some of ABC’s most popular programs and screenings of upcoming episodes was on the itinerary.  One of the screenings happened to be the episode of The Middle that is airing tonight on ABC 8/7c.  Here is a sneak peek of what tonight’s episode is about.

THE MIDDLE – “The Walk” – After bumping into some old acquaintances on a walk around the neighborhood, Frankie and Mike realize that they are more interesting and charming with them than they are with each other and search for a way to remedy the situation.  Meanwhile, Sue ends up with multiple dates to the prom because she is too nice to turn down any of the boys who asked her, and Brick enlists Axl’s aid in preparing an “outside the box” book report, on “The Middle,” WEDNESDAY, MARCH 26 (8:00-8:30 p.m., ET) on the ABC Television Network.  (ABC/Michael Ansell) EDEN SHER

I laughed so much at this episode.  I can relate to all of it.  Frankie and Mike’s relationship epiphany and the fun of Sue and her prom ordeal.  It’s such a fun episode!  One whether you are already a fan or will be a first time viewer, you will enjoy!

Here’s a clip from a past episode.  It will give you a taste of the sense of humor behind the characters and instantly see why this show is so fantastic! 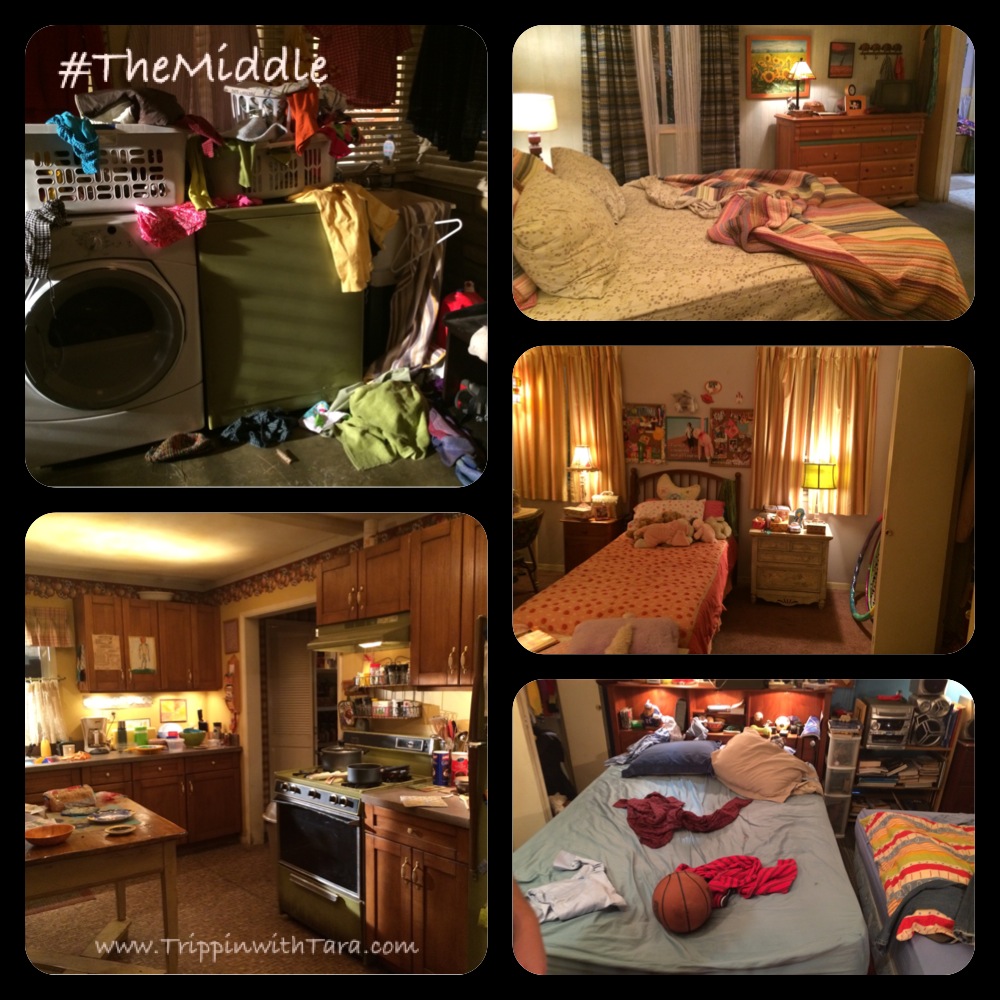 There is something very special about walking onto the set of a popular TV show.  But walking onto the set of The Middle was a little different.  I felt like I was in someone’s house.  From the finger prints on the walls to the stacks of mail on the table, to the messy kids rooms, it was so lived in that it was almost easy to feel you were in someone’s actual home.  Joining us on the set was Mike Heck played by Neil Flynn, Axl Heck played by Charlie McDermott, and Brick Heck played by Atticus Shaffer. 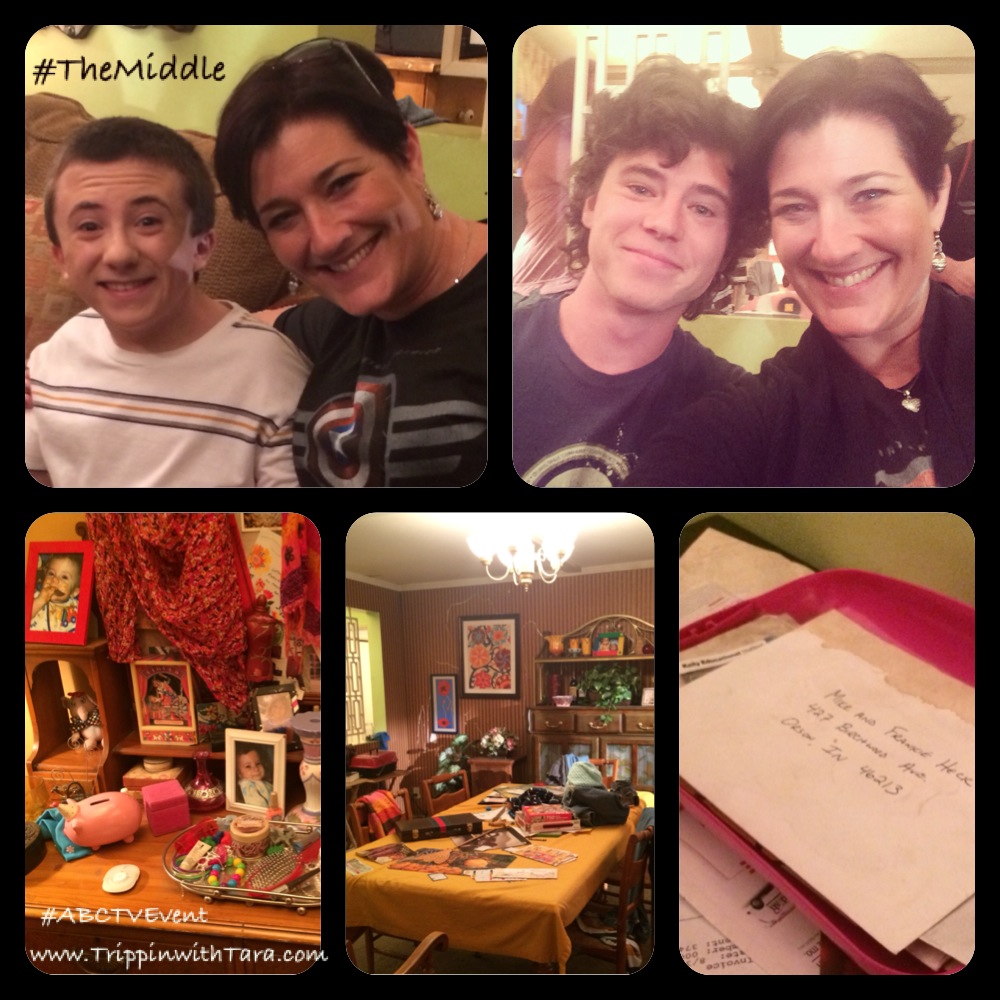 We had the opportunity to chat with the actors, take photos,  have a Q&A with the Executive Producers and Show Creators Eileen Heisler & DeAnn Heline to learn about how the show started.  They shared how the characters were loosely based on family members and the ideas from the show are based of funny real life incidences.  We also got to meet with the set decorator Julie Fanton, and she made sure to let us know that the dirt is intentional, the carpet is clean and that some of the stuff in the boys room is stuff that was from her son’s room that she sold to the show when he moved out and went off to college.

Being on the set was a special experience.  It makes watching tonight’s episode that much more exciting!  Make sure to see what happens when Sue goes to the prom, who she goes with and also the funny dinner party that Frankie and Mike host. 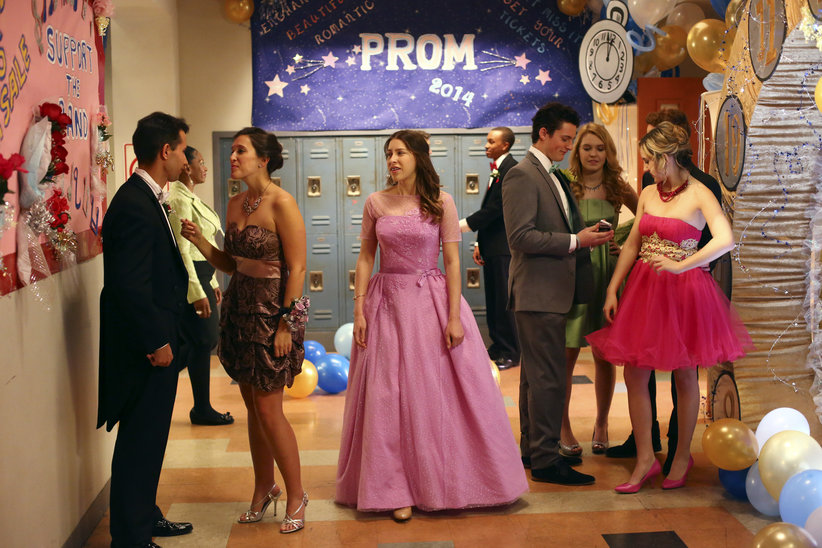 *I was invited by ABC to share The Middle with my readers.  As it’s easy to see by my post, I truly love this show, and as always, my opinions are my own.