There’s a Marvel red carpet coming up, and I am going. The Thor Ragnarok Event is happening in Los Angeles starting Monday, October 9th – Wednesday, October 11th. Many details are still unfolding, but I will be walking the red carpet at the Thor: Ragnarok premiere. I will also be attending the press junket where I will be interviewing a list of TBA actors from the film. There will be some time at California Adventure Park to hang out in Carsland for the video release of Disney/Pixar’s CARS 3. And with the new Disney Junior animated series Vamprina now on the air, there will be an inside look at what is to come with the show. There is also a lunch with littleBits. I will get hands-on with their brand new STAR WARS Droid Inventor Kit. 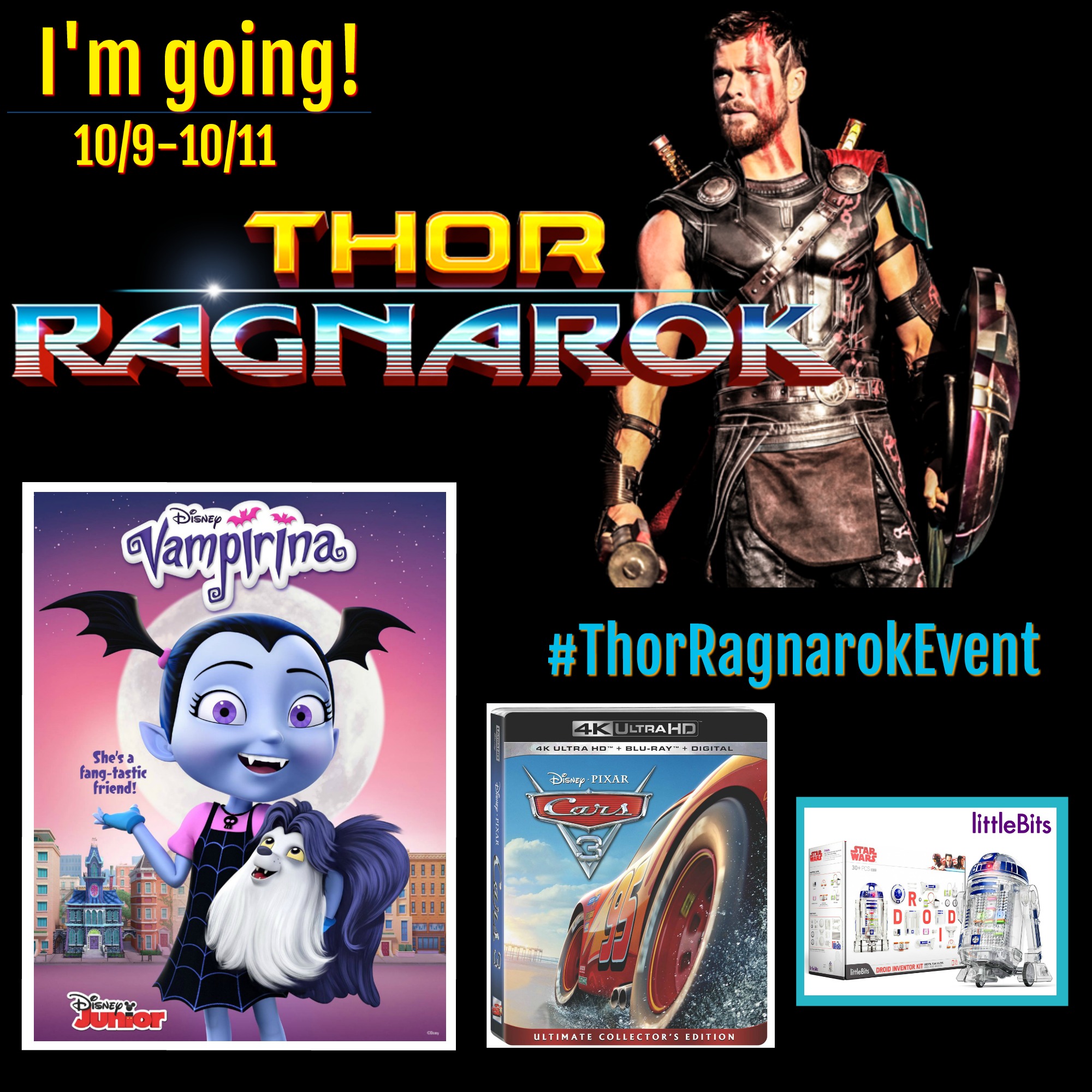 Here’s a look at our itinerary so you can follow along!

Talk about a kickoff, we start this press event at Disney California Adventure Park with dinner at Flo’s V8 Café. Carsland is such a fun area of the park and this is going to be a fun night! We will be celebrating the upcoming In-Home release of the movie that will be available on Digital 10/24 and Blu-ray 11/7.

Watch for the fun on social media as I hit these rides! A young vampire girl, Vampirina (aka Vee), is the new kid in town after her family moves from Transylvania to Pennsylvania. In her unfamiliar surroundings, Vee first tries to adapt, change and blend in with her schoolmates but ultimately she learns to appreciate her unique individuality and her friends’ too. Whether they’re making their own music videos, planning a party or throwing a sleepover, Vee and her friends always figure out how to have fang-tastic fun! 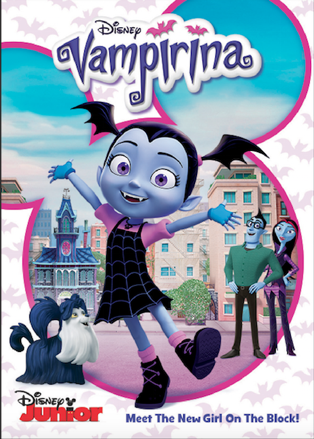 After the screening, there will be a Q&A with the series’ Executive Producer, Chris Nee (“Doc McStuffins”). Disney Junior’s new animated series “Vampirina” will be premiering 10/1.

The technology company littleBits is sponsoring a lunch to give us a little hands-on time with their brand new STAR WARS Droid Inventor Kit. I will get to make an R2D2! That’s pretty darn cool! 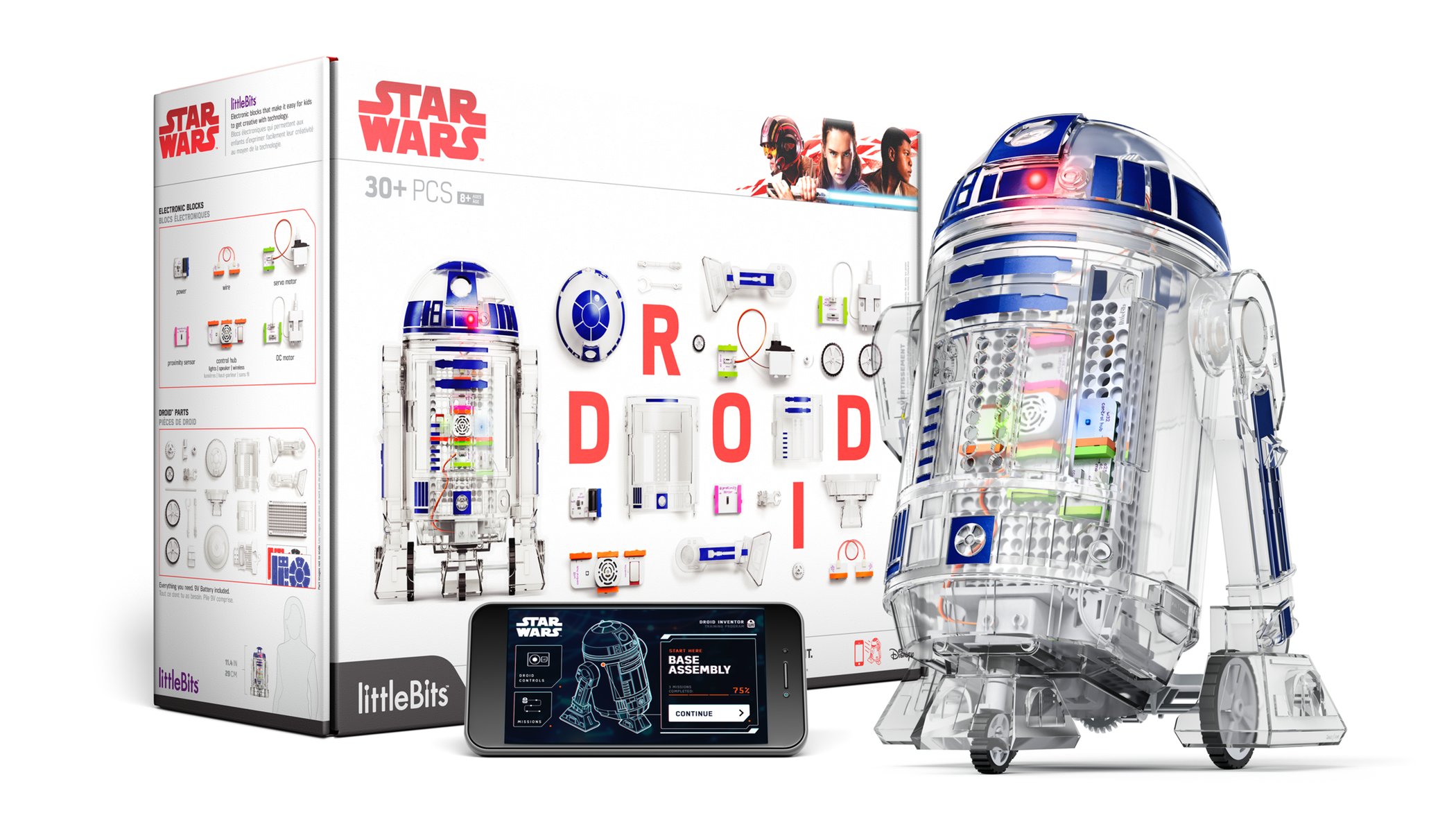 Make sure to follow along on all my social media platforms using #ThorRagnarokEvent, #Cars3Bluray, #Vamprina and #LittleBits.

Screen the brand new “The Mayor” episode “The Filibuster” followed by a Q&A with photos with Bernard David Jones (“Jermaine Leforge”) and Marcel Spears (“T.K. Clifton”).

Then the time will come for the red carpet premiere of THOR: RAGNAROK. I will be sharing live feed on my Trippin’ with Tara FB page, Instagram, and SnapChat.

In Marvel Studios’ “Thor: Ragnarok,” Thor is imprisoned on the other side of the universe without his mighty hammer and finds himself in a race against time to get back to Asgard to stop Ragnarok—the destruction of his homeworld and the end of Asgardian civilization—at the hands of an all-powerful new threat, the ruthless Hela. But first he must survive a deadly gladiatorial contest that pits him against his former ally and fellow Avenger—the Incredible Hulk!

As for the last day, welp friends, I am still waiting on those details. So come back on Sunday and see who I will be interviewing!

I MAY be interviewing #ChrisHemsworth about #ThorRagnarok next week. What questions would you ask? #ThorRagnarokEvent pic.twitter.com/z1TEKD2KIP

I have been invited by Disney to attend the Thor Ragnarok Event to share my experience with my readers. All opinions are my own.