When going to Las Vegas, it’s a given that you are going to have some fun.  Whether you are there for business or pleasure, there is so much to do for entertainment, that you are bound to want to hit a show or two.

Since I have been lucky enough to visit Las Vegas many times for both business and fun, I have to share one of my favorite shows. V the Ultimate Variety Show located at Planet Hollywood is a must see.  I have now been to this show 4 times.  Yes, four.  It’s just that good.  Some of the acts have changed, and some have been there for years.  But it doesn’t matter, it’s just a fun show that truly makes you laugh and even some stuff that will wow you!

Wally Eastwood is the MC/juggler that warms the crowd up with his humor and excited personality.  Growing up with a circus family, he learned to juggle and perform at a very young age and has brought his entertaining self to Vegas and truly makes the show!

With a range from aerial acrobatics, a roller-skating couple, comedy acts with audience participation…the list of talent is long, and it changes from time to time, but it’s always good!

The night we attended, we were excited to see Alonzo Jones, aka Turf of America’s Got Talent.  He is a contortionist dancer that is amazing!  He actually was hanging out in the bar prior to the show watching a basketball game and was nice enough to take some photos with us.

One of the acts in the show is with a comedian named Russ Merlin.  He’s been on so many shows all over the world with an act that had us all laughing so hard we were crying.  When he picked volunteers from the audience, wouldn’t you know that Donnie was one of them.  Oh, how I wish I could have taken photos or filmed it for you.  It was hysterical. 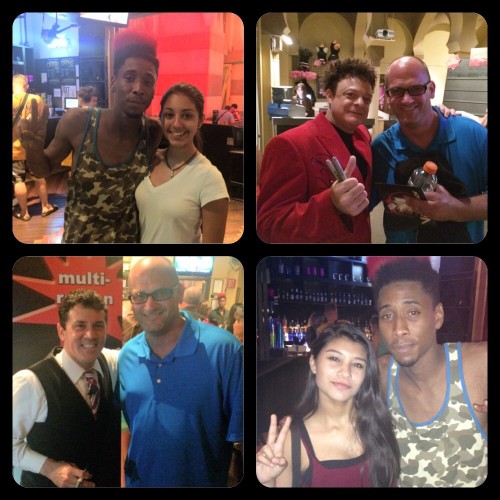 V the Ultimate Variety Show is a family show.  I’d say it’s rated PG-13.  It has some adult innuendos, but over all it’s nothing that I felt uncomfortable with my 14 and 16 year old. 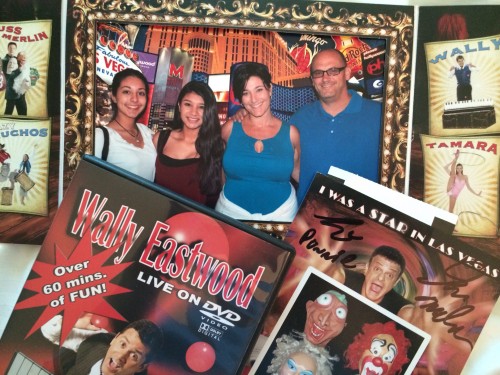 Next time you are in Las Vegas make sure to check out V the Ultimate Variety Show!

*The V the Ultimate Variety Show provided me and my family with tickets in exchange for this review.  Seeing how it was not my first time seeing the show, obviously all of these opinions are my own.