Beginning today, you can Watch Captain Marvel Anywhere. Now available on digital, DVD and Blu-ray, Marvels latest home release can be enjoyed to watch in the comforts of your choosing. 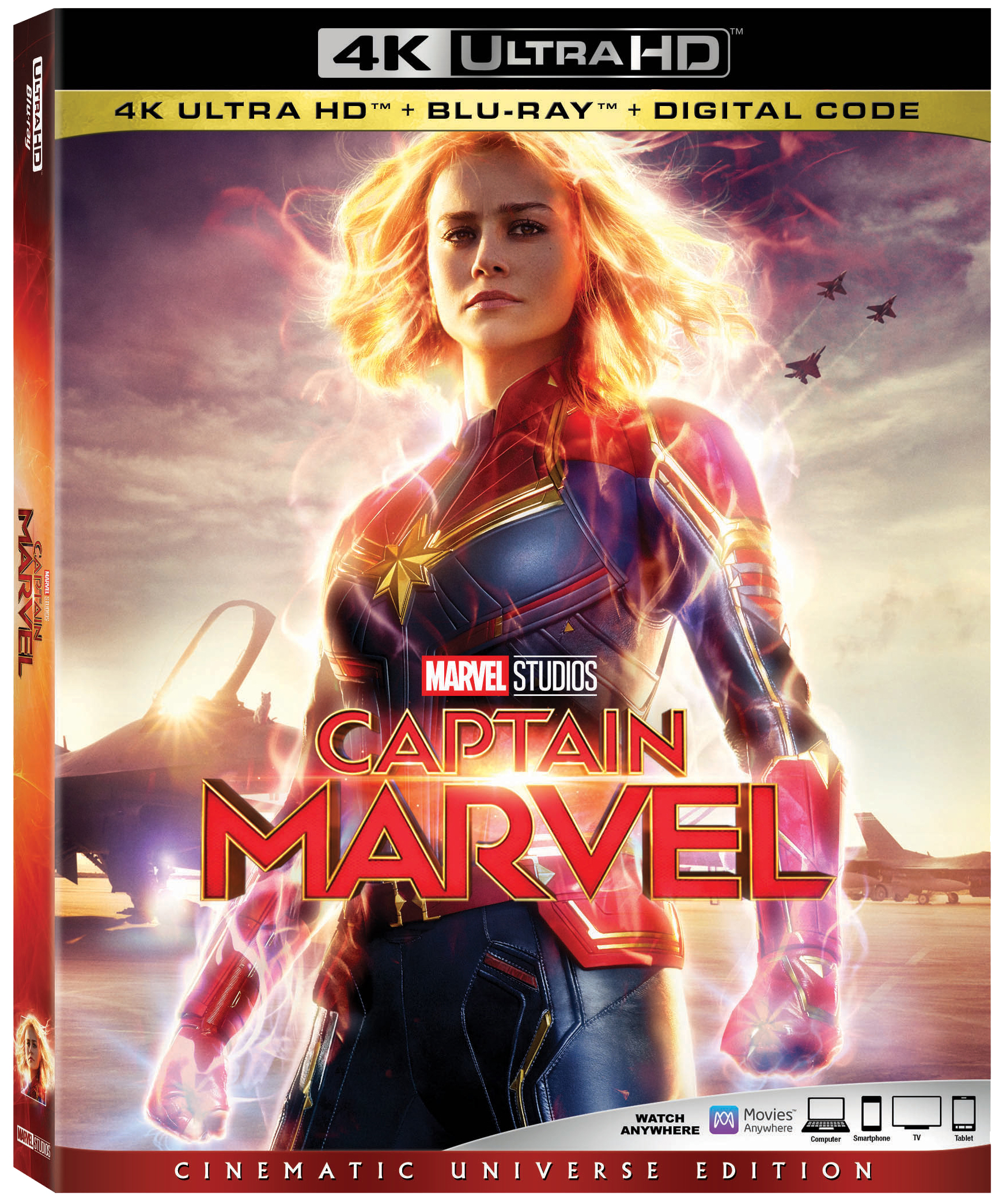 Set in the 1990s, “Captain Marvel” is an all-new adventure from a previously unseen period in the history of the Marvel Cinematic Universe that introduces the MCU’s first stand-alone, female-franchise title character—Carol Danvers aka Captain Marvel. When we first meet Danvers, she already possesses her superhero powers, having left her earthly life behind and become a member of an intergalactic elite Kree military team called Starforce, led by their enigmatic commander, Yon-Rogg. But after Danvers has trained and worked with the Starforce team, and become a valued member, she finds herself back on Earth with new questions about her past. While on Earth she quickly lands on the radar of Nick Fury, and they must work together against a formidable enemy in the form of the Skrulls—the notorious Marvel bad guys made even more dangerous by their shape-shifting abilities—and their leader, Talos, who is spearheading a Skrull invasion of Earth.

Get ready to go Higher, Further, Faster with your very own DIY #CaptainMarvel Paper Glider! Download the instructions & template now!

Want to be just like #CaptainMarvel and sport the very same star symbol she proudly wears on her suit? Of course, you do! Download the instructions & template now!

Check out all the posts Captain America on Social Media