As I wrap up my week of sharing the top secret Ant-Man set visit with interviews with Paul Rudd, Judy Greer, Peyton Reed and Abby Ryder Fortson, I can think of a better final post than sharing some fun facts about the costumes that Paul Rudd wears, as well as finally sharing photos of me wearing the helmet! Ahhh, fan girl moment for sure! 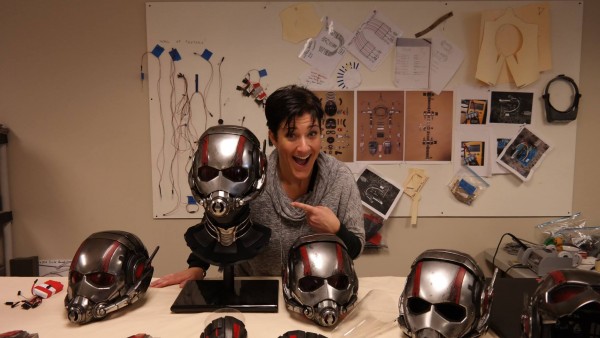 Needless to say, it was super fun for all of us to have our super hero moment. Those helmets don’t just slide on, they have to be screwed on. The one we put on wasn’t that heavy, but it wouldn’t be something that I would be thrilled to have on for a long period of time. So I may not make the best Ant-Man, but it sure was a treat to try on that piece. 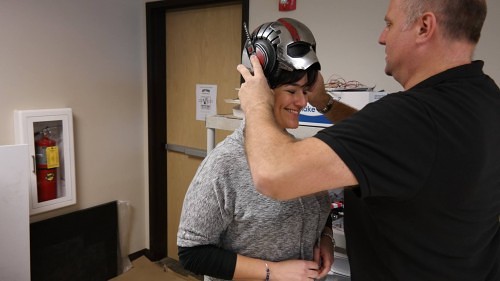 Sammy Sheldon and Ivo Coveney are the designers behind the Ant-Man costume. They shared some interesting facts on the making of the costume. Sammy has been nominated for several awards including last year’s The Imitation Game, as well as X-Men: First Class. Ivo worked on costumes for X-Men as well. He also can take credit as the costume props supervisor on Star Wars: Episodes I, II and III, Gulliver’s Travels, and many other movies. Being their first Marvel film was certainly a wonderful experience for them both, one I think they would do again in a heartbeat. 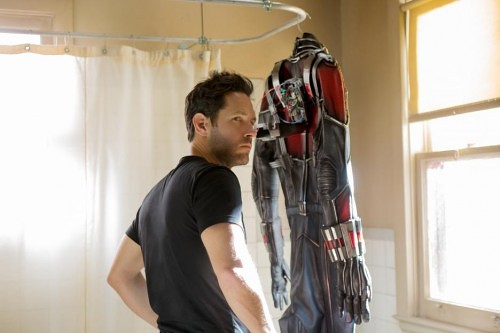 “There’s a nostalgic feel to this suit, which will become clear in the film. It’s meant to look high-tech for its time,” describes Sammy on marvel.com. “This was great to develop because one of the main things about this suit is that it’s meant to look totally functional. This is developed for its purpose. We had to make something that looks like it really does work. Everything does light up, and it’s all totally functional.” 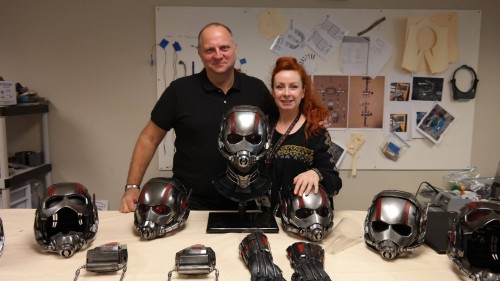 Since the movie was filmed in different set locations including Atlanta and San Francisco, the needed to make 13 different costumes to use throughout filming. It took them 7 months to design and make these costumes. Some were made to wear indoors, some for outside, they had some life-size and some ant size, and of course depending on what scene, sometimes there were scuffs and such that were important to keep in the time line of the movie. 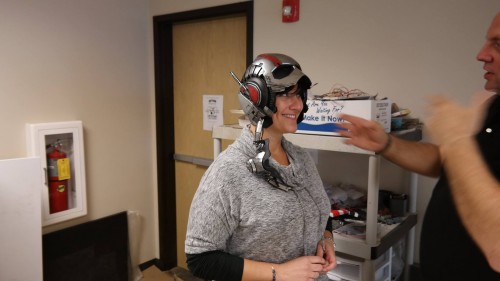 Let’s talk about the helmet, well all 17 of them, made of 54 pieces. Yes, 54! Crazy right? And again, each serving a different purpose for different scenes. To make the helmets they used 3D printers to make the molds. This is for the each of the 13 suits as well. 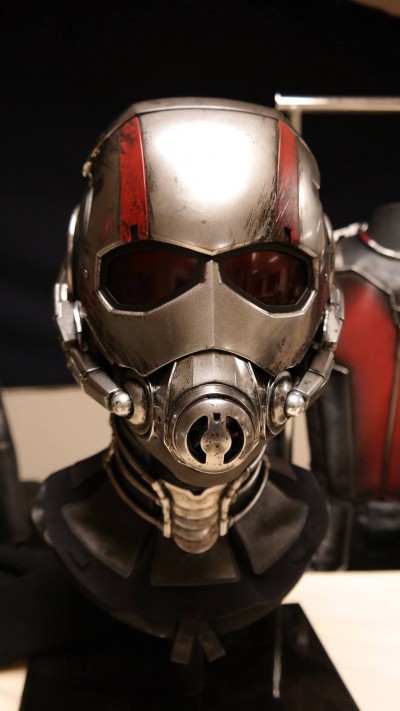 Speaking of pieces, the Ant-Man belt had 50 pieces, however, for stunts, they had a belt that was all one piece to make the stunts possible. Starting off with 8 belts, in the end they had made 17. They also made 8 different gloves, all looking the same, but different based on what the scene they were shooting entailed. 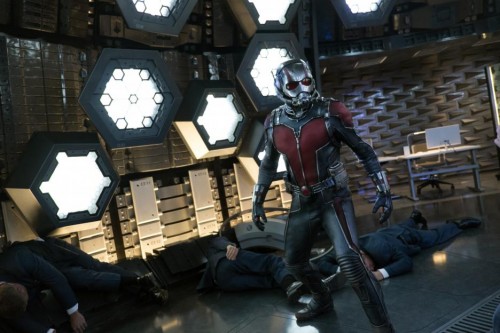 Since everything was custom made, and Director Peyton Reed is such a fan of Ant-Man, he wanted to make sure that it had the exact look that came out in the final wardrobe decision. To keep with Peyton’s vision, Sammy studied the eyes of insects and took the designs he found in the eyes for the look they came up with on the fabric. 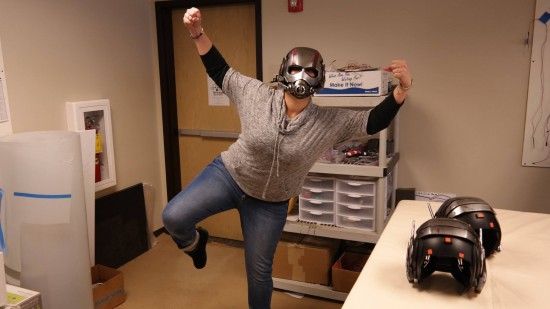 That helmet, squee! I got to it try on. I even gave my best super hero pose! You don’t just pop that thing on and off. They screwed it on me. The had to add the part that covers my mouth after the helmet and adjust it to fit properly. It took a bit of time, and of course there was unscrewing to take it off. So every time Paul Rudd took that helmet and suit on and off, it would take a member from the costume department to assist. Hmmm, who wants that job? The suit goes on in pieces. But the final look is worth the time. 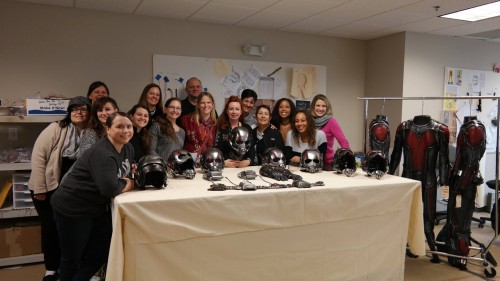 It was such a great experience to get to be on the set of Ant-Man, speak to some of the cast, try on the helmet and learn all these fun facts. Now, it’s time to get ready for that release on July 17th. I know I am anxiously awaiting for it to come out. Some of my friends are on a press trip right now and the got to attend the first ever screening of the film and the reviews are pretty awesome. Special appearances, it’s funny, it’s for the whole family, and if you loved Guardians of the Galaxy, just wait. Follow them via #AntManEvent to see all the fun they are having as they interview not only Paul Rudd, but I read Michael Douglas, Evangeline Lilly,  Corey Stoll, T.I., Michael Pena and newcomer David Dastmalchian too!

And again – ANT-MAN opens in theaters everywhere on July 17th!