Judy Greer may be the luckiest mom character in Hollywood at the moment. Playing a mom in the insanely huge Jurassic World to now playing another mom in Marvel’s next big film Ant-Man. She has been in the business for a while, but this is her first time taking on a Marvel role. She took a few minutes between takes during our cold November day set visit where we chatted with Paul Rudd and Peyton Reed as well, to talk about how she got the part and what it’s like working with both those talented men. 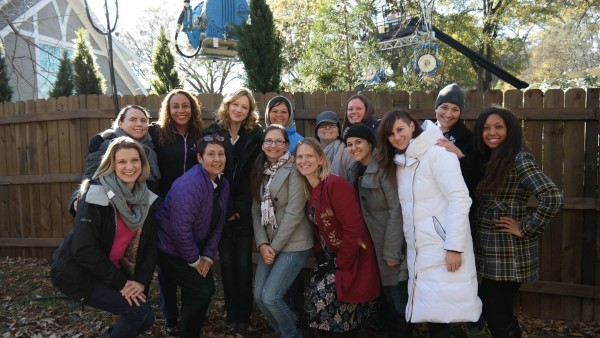 How did you get involved with the project?

The old-fashion way and just auditioned. But I did get the part like within I think less than 24 hours, which for a movie audition is very rare. Usually TV happens really fast. But for films, and especially a film like this scale. There’s so many producers and studio executives that it usually has like a lot of people it has to go through. But, yeah, I found out like the next morning. And that was my first audition in a really long time ’cause I’d been working a lot. So I was feeling pretty good about myself. I’m not gonna lie.

Did you know what you were auditioning for?

Yeah, I just wasn’t allowed to read the script ahead of time. But I knew the movie and like Paul. 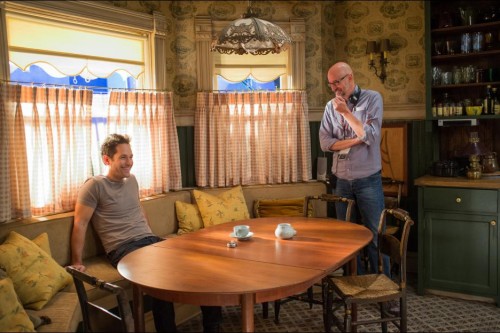 What drew you to want to audition for the role?

I love Peyton Reed. There was another director attached to it before, but was really excited to work with Peyton because he’s I think really funny. And I think what some of these super hero movies lack is like a genuine sense of comedy in them. And I think that the serious like super hero movies are great for like the super fans. But it’s the comedy that’s gonna keep us interested in them when we’re watching them over and over with our kids or whatever. You know, like Guardians of the Galaxy was so funny. And so I would watch that a bunch if it was on television. And you know how kids just watch the same thing over and over and over. (Ha! Yes!) I mean over and over. I’m like we have seen this episode of Good Luck Charlie so many times. So I was excited about the comedy. And with Paul being Ant-Man I knew it was gonna be funny.

Were you familiar with Ant-Man at all? Did you like comic books before?

I think comic books are great…I love the idea of them. I’m not a big comic book person. And like my agent as a start gift bought me a giant really beautiful hard cover coffee table book about Marvel comic book heroes. He was like brush up. So (laughing) yeah, it’s not my genre of choice. I’m a Rom-Com girl. But, I think that this one’s gonna be good. And I think super hero movies are great because they do teach a really good lesson to all of us. 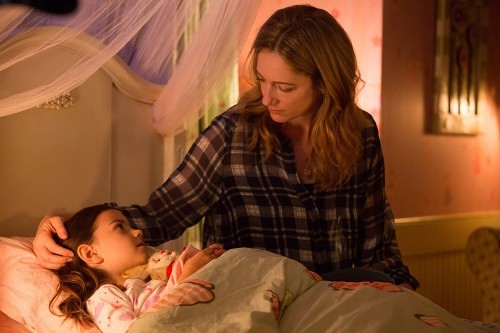 Tell me about your role and the character you play.

I play Scott Lang who’s Paul Rudd’s character’s ex-wife. And we’ve sort of established that in our relationship when I got pregnant we were gonna kinda live the straight life. So basically we were married when we were really young. Scott Lang’s character is extremely intelligent and able to do kind of like I don’t know like cyber law breaking. And when I got pregnant I asked him to stop. And he didn’t. And he ended up getting arrested and going to jail. So we got a divorce. And I had our baby. Well, I already had the baby. But we got a divorce. And I met Jim Paxton, Bobby Cannavale’s character. And we’re engaged. And so our relationship is good. It’s just not we’re not married anymore. But I think we had a really amicable divorce. So we’re friendly. And I want him to see his daughter. And I want him to have custody. And I want that stuff most for my daughter. But he can’t put her in danger anymore, which is what he I felt was doing by breaking the law when she was a baby. So that’s my role. I’m like you have to get a job and be responsible. And he’s like, ugh! (Laughing)

Do you see a lot of similarities in yourself when you put yourself into the character?

Yeah, I always do. I don’t know, it’s just easier if I just kind of play a version of myself. And even like the scene yesterday that we shot, which was a really cool scene where I confront Scott about having to shape up in order to see his daughter Cassie. I feel like I wanted her to be like cool and strong  and like compassionate. This guy’s not the devil. You know, he just messed up. So I felt like that was definitely coming from me ’cause I don’t know that the text maybe was supporting someone who was more emotional. And I wanted her to be like a strong person and in her own way like a positive influence on her ex-husband. I also find that to be more layered and interesting than just the (boo hoo mock crying) you promised. Like, ’cause, you know, you’re busy. You’re like I don’t have time for your sh!t. Like we talked about this, so call me when you’re ready. Are you good? Oh.

So being your first Marvel feature what is this like for you?

Yeah, well, I don’t know. It’s really fun to be here. I can tell you that. Like it’s just been such an easy job because everyone’s nice and cool. It just seems like we have time to figure out the material. And, I’m not in like stunty super heroey scenes. So that might be a different answer. But for my scenes, they’re more acty and more about like inner personal relationships. And I feel like they’re giving us a lot of space and a lot of time to figure those out. And I really like that. But it’s also really fun because the combination of Peyton and Paul Rudd and Bobby Cannavale is awesome. They’re really funny.

Being out here on the set we’ve heard you guys kind of cracking up and making jokes. And Paul Rudd was calling you dense and all of that. Was that something that was kind of consistent throughout this filming?

It has been for me. It seems like it. I was gone for a minute. I shot some stuff (for maybe Jurassic World?), and then I left town and came back to finish up this stuff. And when I came back it was Friday, last Friday. We shot a really long day. And I got in Thursday evening, like slept, got up, came. We shot like 15 hours. And I was like so tired at the end of it. But we were all still hanging out and making jokes and having fun like what you saw today. 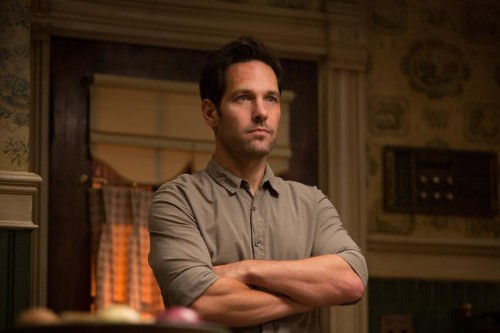 What is next for you?

Oh, that’s a good question. I’m doing an independent movie called Geezer, my last job this year. It is starring Billy Joe Armstrong from Green Day. And he sings me a song in the movie, and I’m really excited. Then I’m gonna start Season 2 of my TV show called Married for FX, which we just found out got picked up like a month ago. And so the writers are writing episodes. 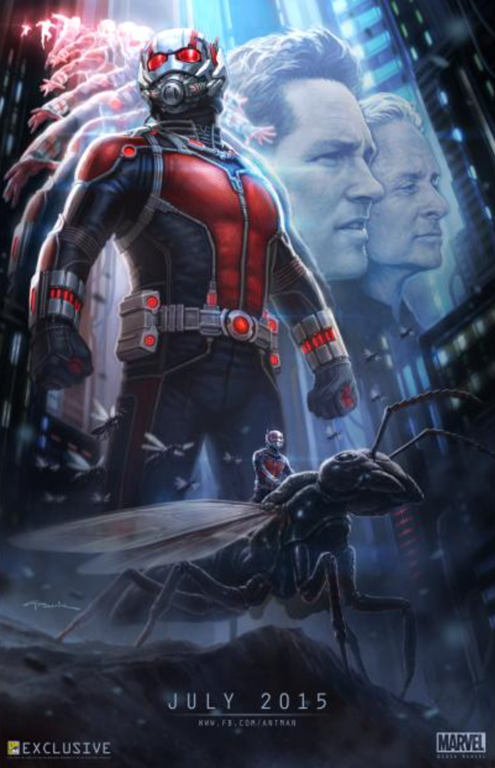