I love doing set visits and being part of a taping of a show. All of them are different. No matter what show, you know to stay out of the way, keep quiet, and just enjoy the experience. With shows like Jimmy Kimmel Live and Family Feud, there is a stage warmer that gets and keeps the crowd going. ABC and ABC Family has brought me to shows like Grey’s Anatomy, Mistresses, Baby Daddy, The Middle or General Hospital, where they shoot scenes, some with an audience, most without, so it’s a little different.That is why while taking part in the taping of Celebrity Family Feud was a treat.

Making this all new experience extra fun is probably one of the most charismatic host on TV,  Steve Harvey. Very funny, full of wisdom, quick on his feet, and pretty spiritual, he entertains both when the cameras are on and off. With the crowd warmer doing a great job of getting the audience energized by giving away prizes for crazy dancing and playing music that makes it easy to clap and move in your seat, by the time Steve and the celebrities that the stage, I know I was awake with my blood flowing and ready for some fun!

Steve Harvey hosts Celebrity Family Feud. For the next six weeks, two celebrities and their families will compete against each other to win money for charity. Each team will be made up of a celebrity captain with four relatives or friends playing along. 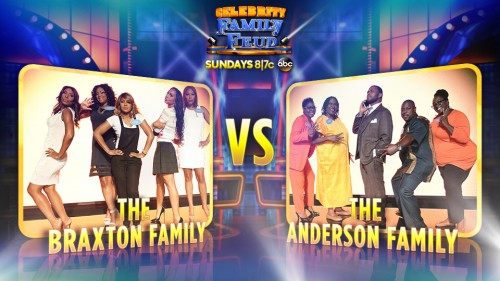 Tonight’s premiere episode has a wild showdown between actor Anthony Anderson’s (“black-ish”) family vs. 7-time Grammy Award-winning artist Toni Braxton and her sisters. In a separate game, family members from Australian celebrity chef Curtis Stone (Australian celebrity chef) and actress Monica Potter (“Parenthood,” “Con Air,” “Patch Adams,” and “Saw”) will spar off against each other to win money for a charity of their choice. 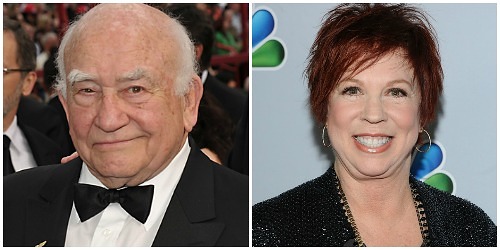 The show I attended for the live taping was with Vicki Lawrence (The Carol Burnett Show and Mama’s Family) and Ed Asner (Mary Tyler Moore Show) and their families. The show is so funny and airs during one of the upcoming Sundays in the 6 week Sunday line up. Here’s a list of all the celebrities that will be airing during that time, with now particular order at the time I wrote this.

The show airs for 6 weeks with two celebrity families competing each week for a chance to win cash for their favorite charity. The families are not listed in order of appearance: 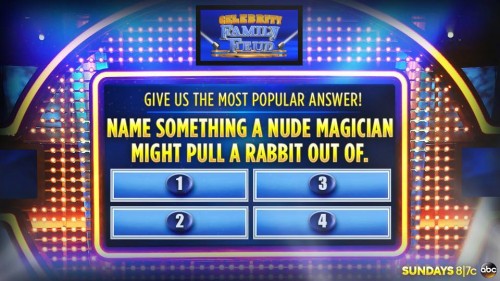 To see what survey says….you will have to tune in tonight…I wonder what Anthony Anderson’s answer will be?

On the Set of Celebrity Family Feud

As far as fun on the set! That was pretty awesome! I mean we basically had about 15 minutes before the set was taken down, for we attended the last taping of the season, so the crew waited as we took some fun photos!

*I was invited to attend the taping of #CelebrityFamilyFeud as part of the Inside Out press trip provided by Disney. All opinions are my own.