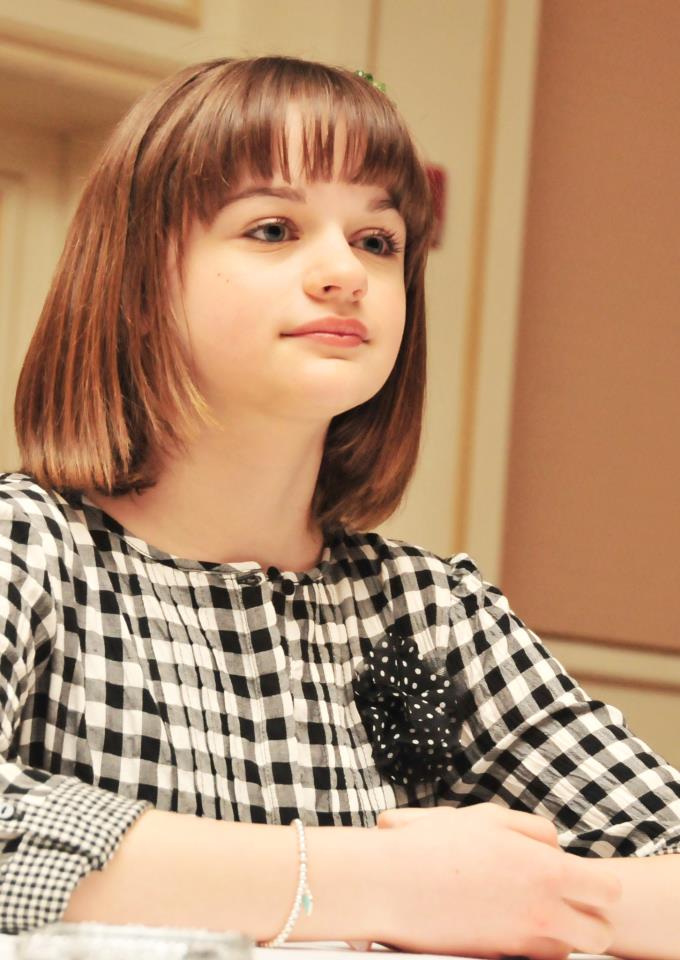 Joey King is as cute as a button. After seeing Oz this weekend for the second time, I fell in love with her character all over again. As China Doll, she is the one that helps the Wizard find his “goodness” better than any other character. She plays a girl in a wheelchair in the beginning of OZ THE GREAT AND POWERFUL, and then is the voice of China Girl through out the remainder of the movie. She and Finley, the flying monkey, are the Wizard’s cohorts and add a great comedic side to the film. 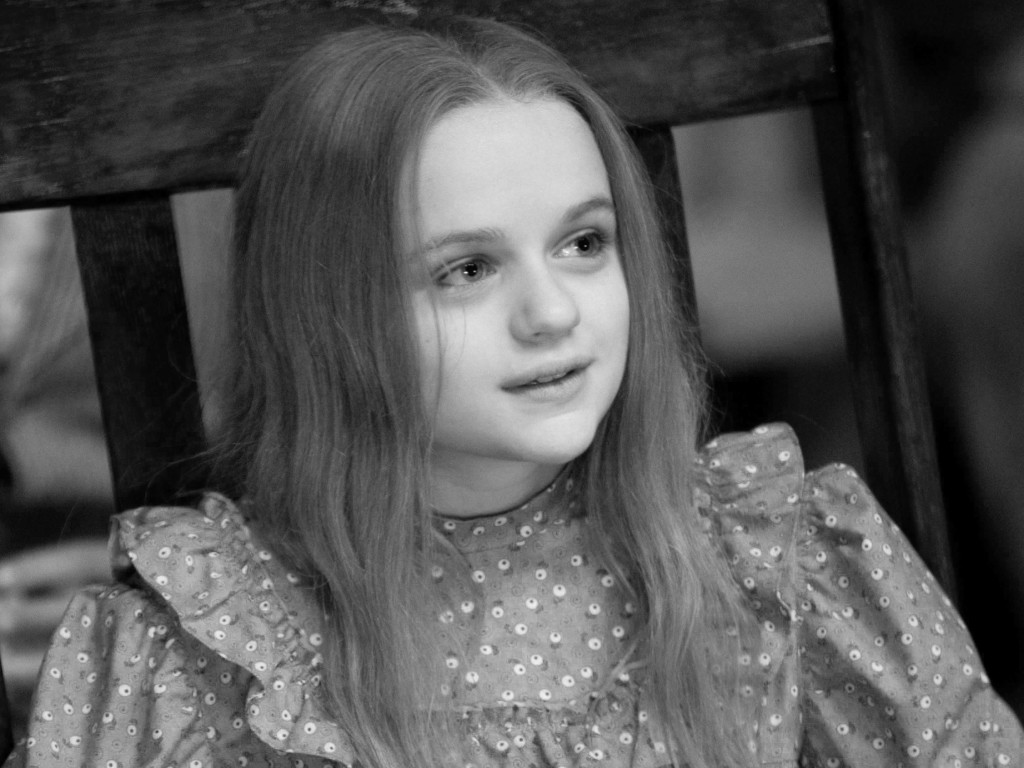 During the time I spent in LA for the #DisneyOzEvent, we had an opportunity to sit down with the adorable 13 year old and talk to her about her role as China Girl, working with the cast. being a child actor and trending on twitter!

How did you get involved with the project?

I auditioned for it, and I really loved it. It was so exciting for me, and magical, ‘cause I’m a huge fan of the original movie. And, when I went to the screen test, I got to meet Sam there. And it was just amazing. I wanted to be a part of it really badly because it seemed like such a fun thing to do, and it was just a breathtaking movie.

What did you think of your finished character when you saw the movie for the first time?

When I saw the movie at the premier, that was the first time I’d seen it, I had only seen about 20 minutes of it before. But it was really exciting for me because I got to play two characters. I played a little girl in a wheel chair in Kansas and then I played China Girl in the Land of Oz. So it was really cool to see how everything came together, and how they did China Girl, ‘cause what they did was they used, CGI technology, and they filmed my face, and attached my expressions onto China Girl. So it was really like I was watching myself, kind of, but in an animated character. 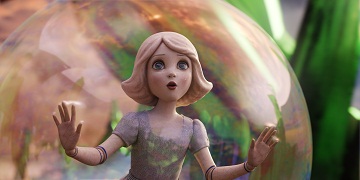 Do you feel like it was easy getting into the character?

I think that it was, because there’s parts I’ve done before where it’s very difficult to get into that mode, and you have to be very different than yourself. But, you know, I am always up for a challenge, and I love those kind of things, but this one was a little bit more close to my personality. She’s very sassy, and had a lot of personality. She’s very energetic, and she’s a little, not that I’m saying I am. But she’s just a little bit manipulative, in a way, and I pull pranks on my sister, so I can’t say that I’m not.

What was your favorite part about the movie?

There’s so many great parts about filming that movie, ‘cause it was just really exciting for me. You know? ‘Cause I love the original, and I just loved everything about the script. One of my favorite parts was just getting to work with everyone, like James, Mila, Zach, Michelle, and Sam Raimi is an amazing director, an amazing person, and I love the way he works. He’s very precise, and he catches every little detail. But it makes all the difference. He let us play around with it and that made it just feel really more natural. Also, the cast, Michelle’s like a mom figure to me. Mila’s like a sister to me. Zach is like a brother to me, and James is always teasing me on set. And he’s like a brother to me, too. So I love them all.

What advice do you have to other kids that want to get involved in acting?

My advice to them? When I started, I was four years old, and I’m 13 right now. It took a while, you know, to actually get where I am. And it’s really exciting now that I am here because it was a lot of rejection, and a lot of auditioning, and getting so close, but not close enough to where you actually get it. I never gave up, ‘cause I am here, and I… that’s my advice to everyone, to never give up, because you never know when, when it can happen. 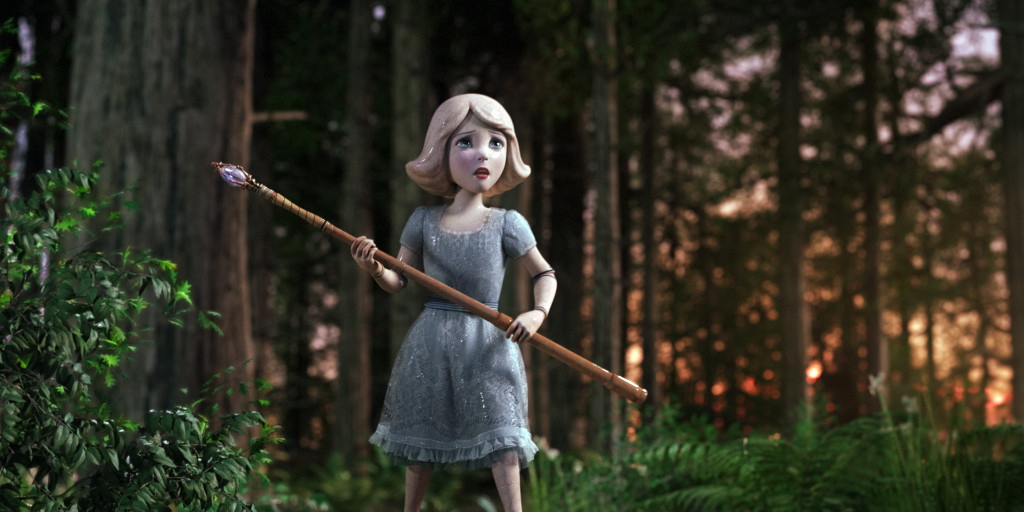 Did you get to hang out with the puppet much?

Yeah. I got to and I got to be on set a lot, which was really cool. What they did was they filmed my face in the booth. Zach and I, ‘cause we were in the same booth together, we got to go on set a lot, and they brought the cameras on set, and the puppeteer, Phillip Huber, he was amazing. She (China Girl) had so many strings on her, and he knew what every one worked, and it was so cool to watch. There was a string where she could blink, and where she could move her arms, and…I got to hang out with her a lot. It was almost like she was a real person. I forgot that she was just a puppet. That was really exciting and neat.

How do you balance your work with being a teenager?

Well, you know, a lot of people ask me that, and they’re, like, how do you balance it because, you know, it must be hard doing this work and stuff. It’s a lot of fun for me to come here and do this kind of thing. It’s exciting for me. I love going away and filming, ‘cause I usually have to travel. And when I come home, I get to see my friends, and I get to hang out with them, and do fun things a lot. But this is what I love to do. It’s basically just like being a kid, for me, like, being a teenager, it’s, it’s part of who I am, and I love it.

Did you know any of the other actors or actresses prior to making this movie?

This was the first time I had met them, working on the movie, but I, I knew of them very well. I loved James in 127 Hours, and Mila, I love all her movies. And Michelle, and Rachel and Zach. Um, so yeah, I knew who they were, and I loved meeting them, because they became like a family to me, and it was exciting to get to see them every day.

Can you tell us about the swear jar?

Uh, yeah! You know, I did the swear jar on Oz the Great and Powerful. Um, but you know what? My mom was the one who put the most money in it. Which was funny because she swears more than the cast and crew. Everyone had to be careful, but you know, it’s fine. I didn’t, I didn’t keep the money. I donated to Meals on Wheels, which is a charity that my grandma volunteers for, and I go and deliver with her a lot. It’s where you deliver meals to elderly people who can’t get out of their home.

What was your favorite scene in the movie?

Well, I have a ton, ‘cause there’s so many, and there’s so many good ones with Finley, trying to go to Oz, and Michelle…but one of my favorite scenes is when I’m convincing Oz to let me go with him, and Finley on their journey to hunt the Wicked Witch. And that scene is my favorite because you get to see this side of China Girl where she’s kind of that manipulative little girl. But she really wants to hang out with them and go with them. She wants to go on this adventure. She’s a very adventurous little girl, and she’s an orphan. Her parents had passed away when the Wicked Witch sent her monkeys…So it was a funny scene and I loved seeing how it all played out. 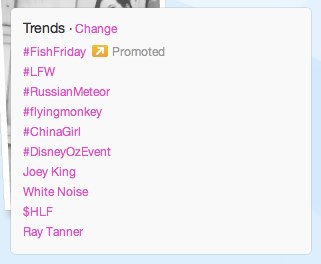 Ah! I’m so excited right now! That is so cool! I have to tell my mom!

What was your favorite character other than your own?

Definitely Finley. Finley was so cute! In the movie he’s so funny. And you know, I think that it’s kind of cool because Finley and China Girl kinda bring a certain humor and light to it. And, um, and it really, like, lightens the movie up, and I love that. 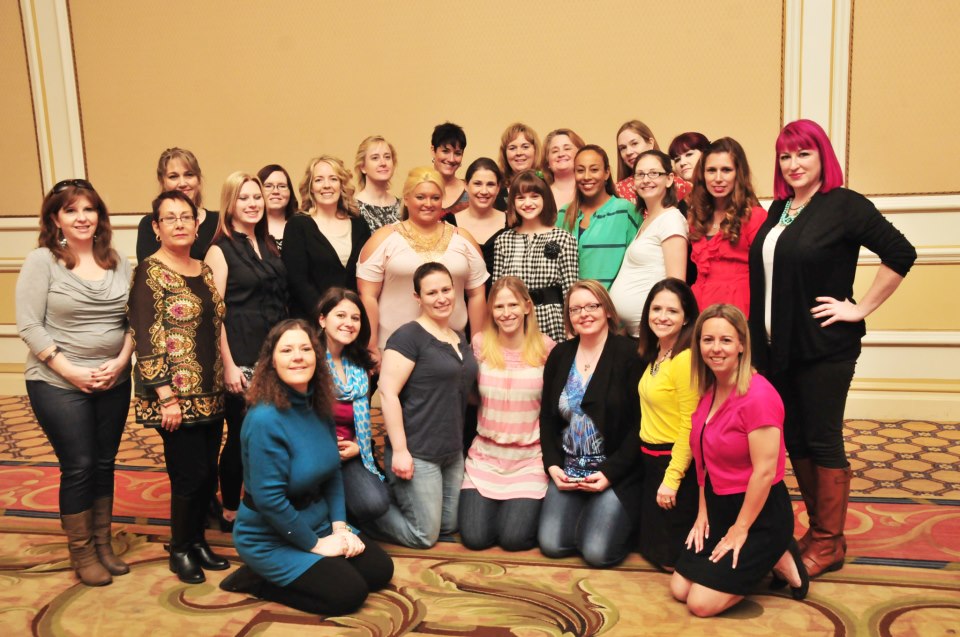