When I got invited to LA for the Muppets Most Wanted/Captain America: The Winter Soldier event last month, I was thrilled to see ABC TV screenings and set visits on the itinerary.  I shared the visit to the set of The Middle, and this time around we got to visit Grey’s Anatomy. 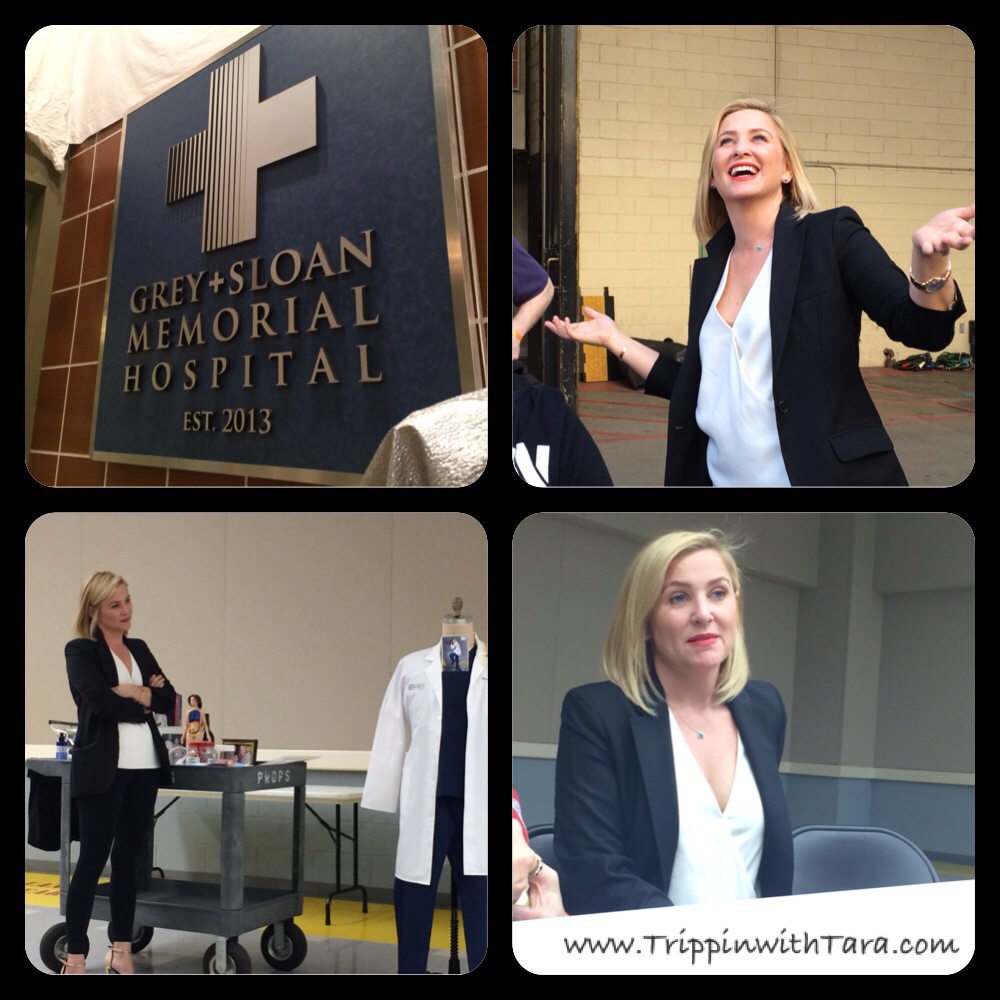 Welcomed by the beautiful Jessica Capshaw (Dr. Arizona Robbins), she shared with us a little about the breezeway, where we were standing and how it’s used for most outside shots.  And then she walked us through Meredith and Derek’s dream house.  I got some great photos! 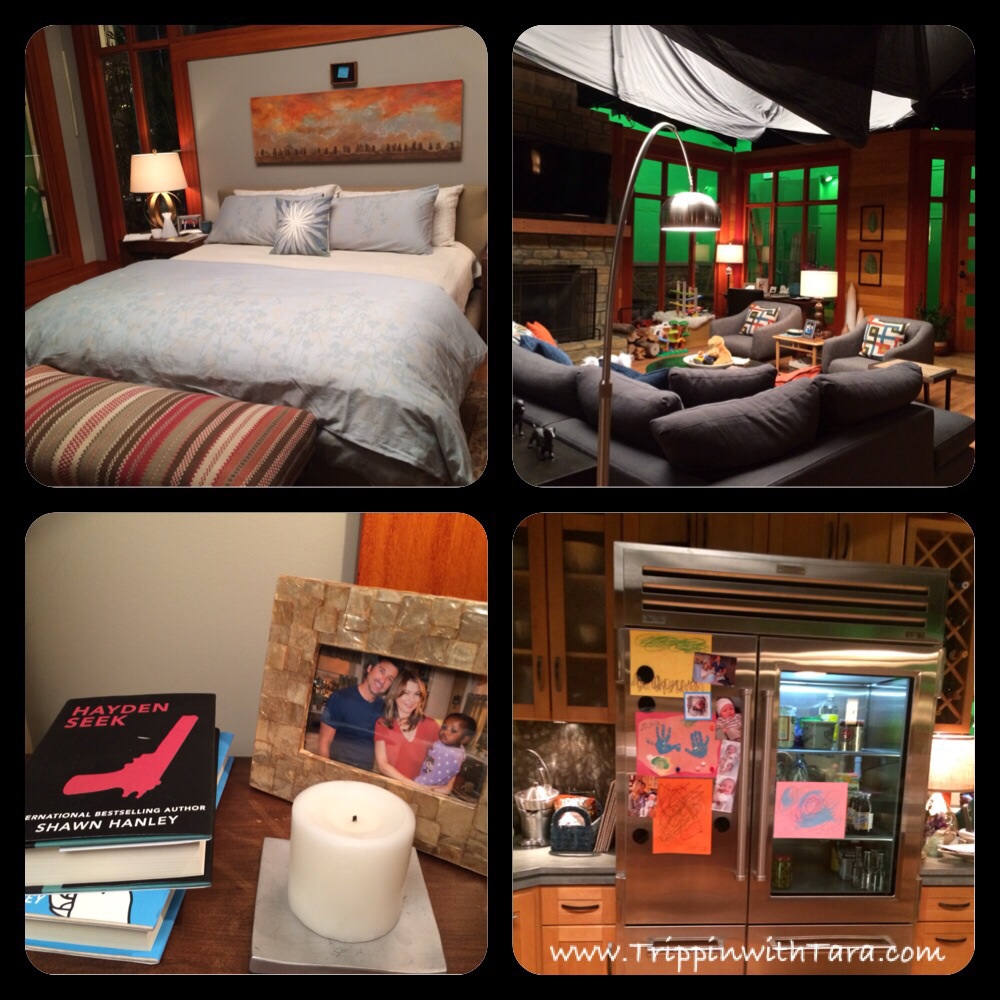 Every detail to the photos and refrigerator pictures, it was easy to feel like you were in Meredith and Derek’s dream house.  Even the post-it wedding note over their bed. 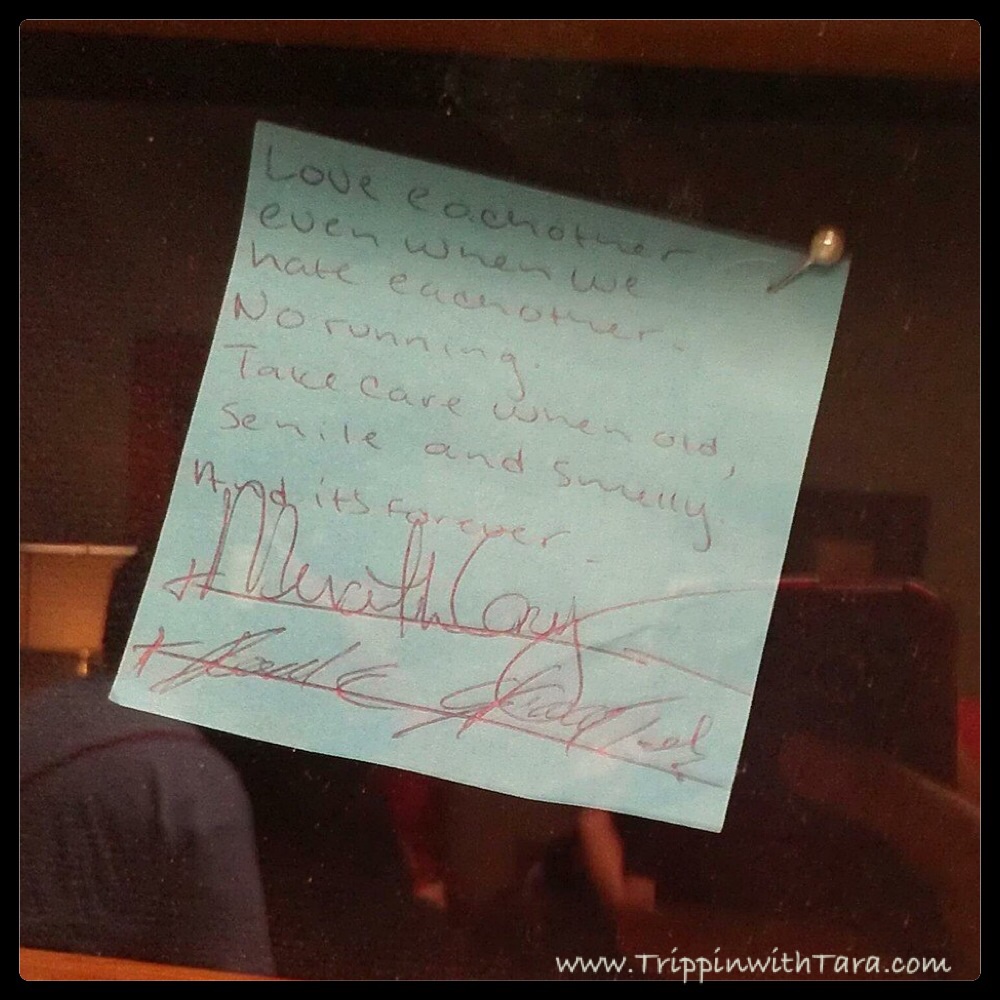 In case you missed that episode – here’s a clip from the scene that makes this post-it so important!

After the fun on the set, we were taken into a large room where we were introduced to Props Master Angela Whiting (@GreysProps) and Costume Designer Mimi Melgaard (@MimiMelgaard).  Angela had us playing with a silicone heart and then some intestines.  She also shared with us some of the old props of cast members that are no longer there.  She explained that one of the reasons they keep everything is because they do flashbacks – so that alone calls for ID and photos and such that they keep. 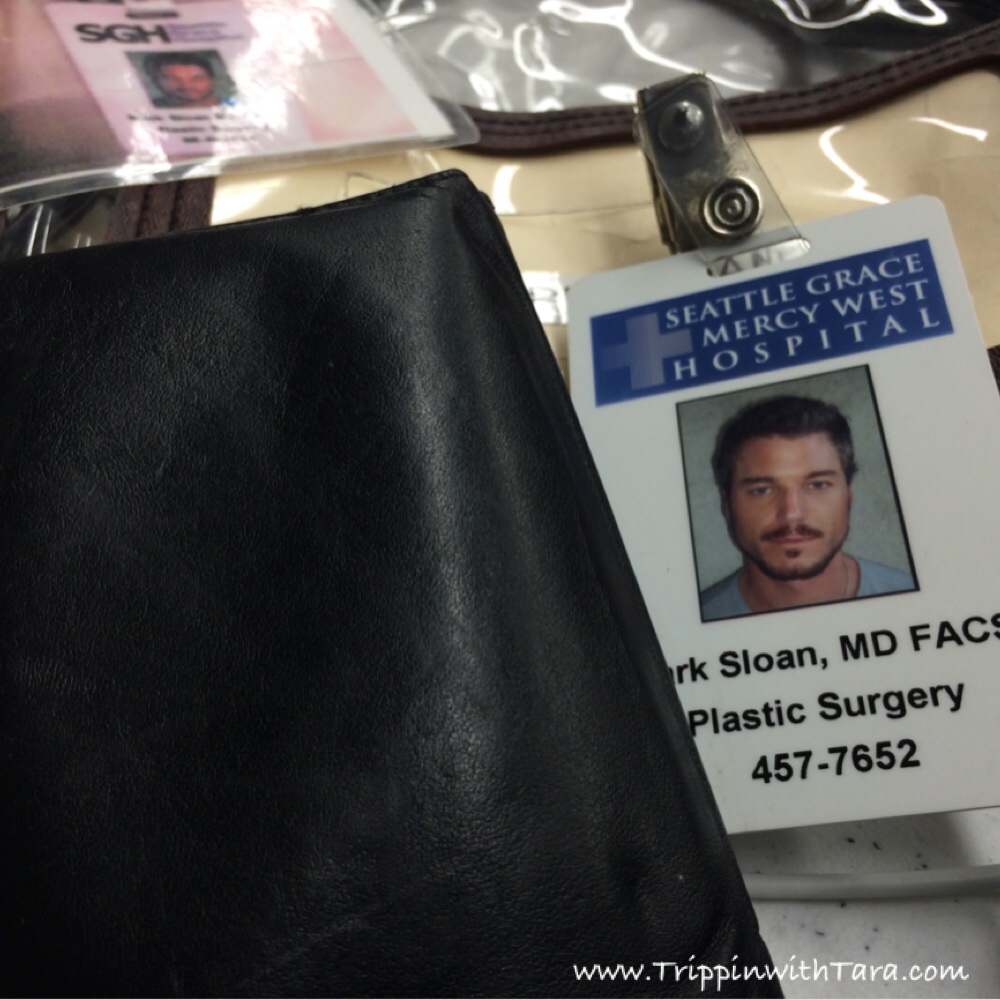 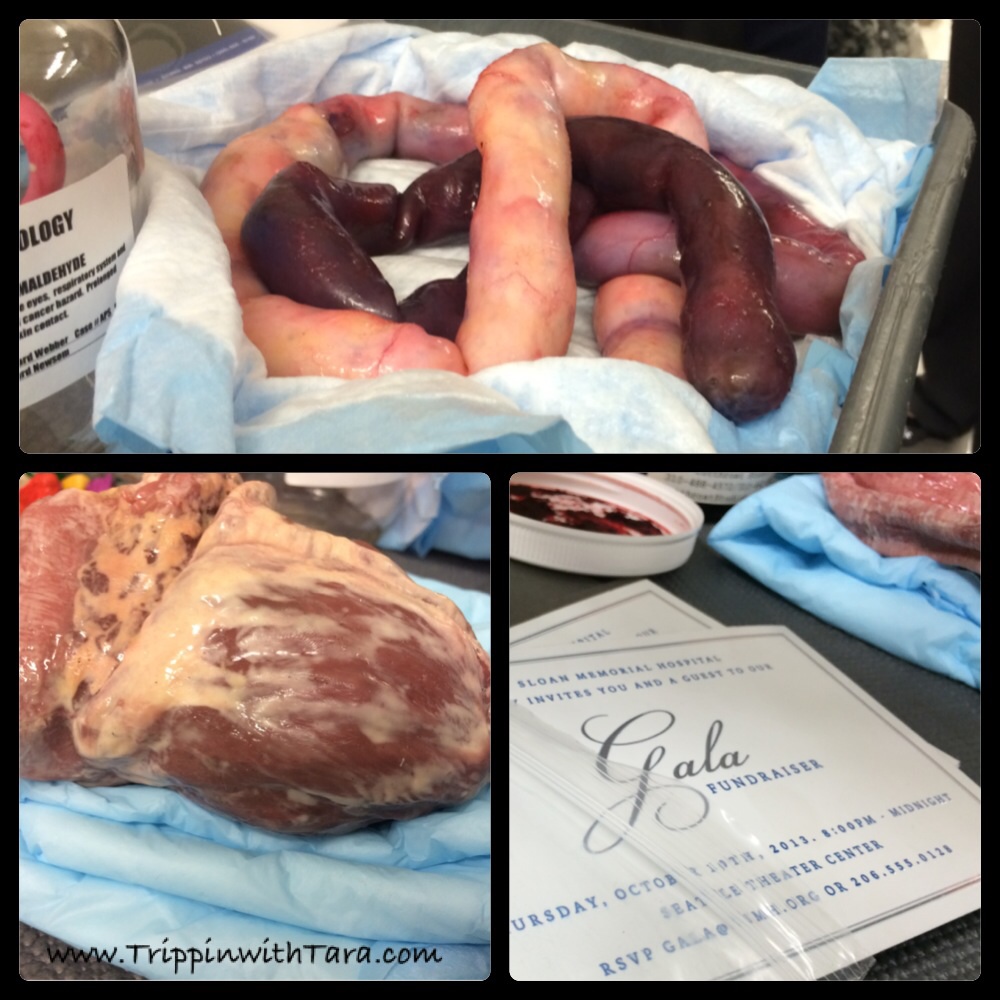 Costume Designer Mimi Melgaard doesn’t have it as easy as you’d think, with most of the show being in a hospital setting and everyone in scrubs.  But actually she stays very busy.  These gowns are examples of fun events where she gets to dress the cast. 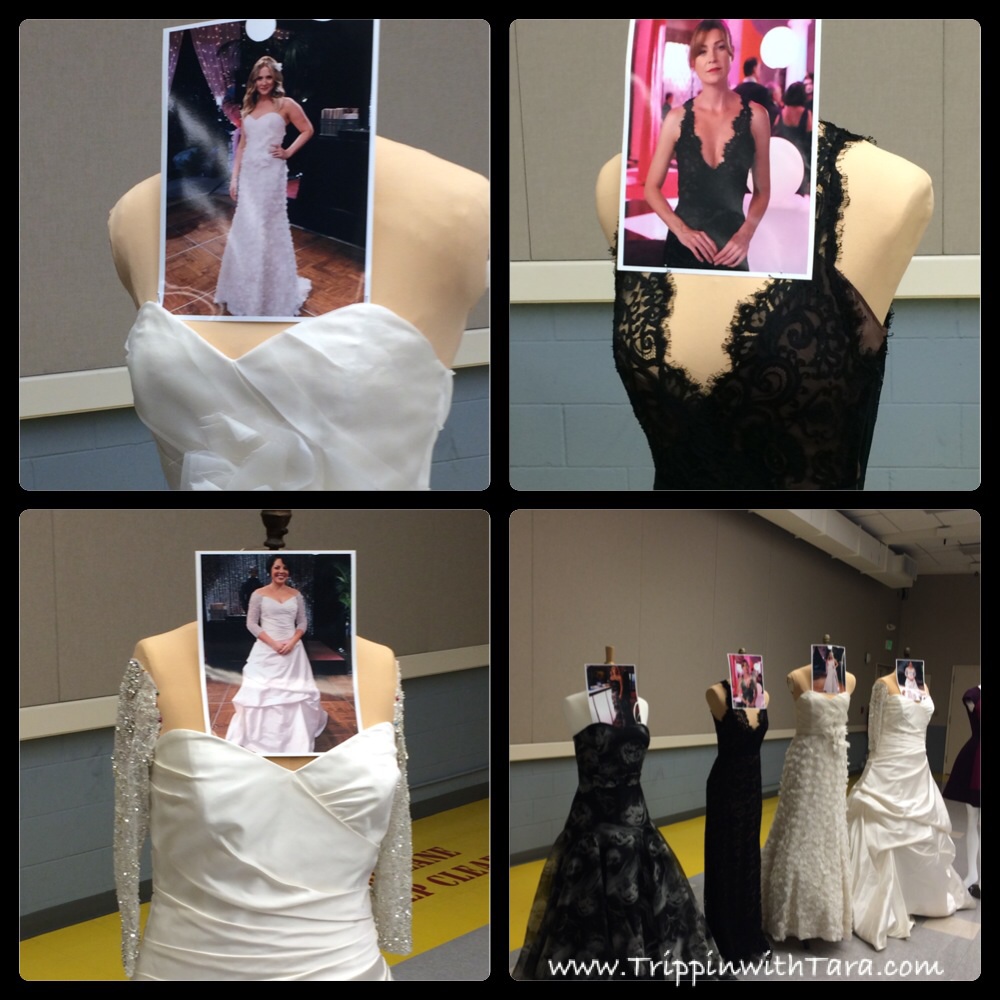 We were put into smaller groups where we were able to talk with Jessica, Sarah Drew (Dr. April Kepner) along with Angela and Mimi  for about 10 minutes at a time.  It gave us great one on one time to get to know more about their role in front of and behind the camera.  Jessica shared what it was like to be a mom in the business and that her kids are young.  She told us a funny story about her son telling her school nurse she was a surgeon.  When she picked him up, the nurse laughed and said, “your son said you were a surgeon…I see”. 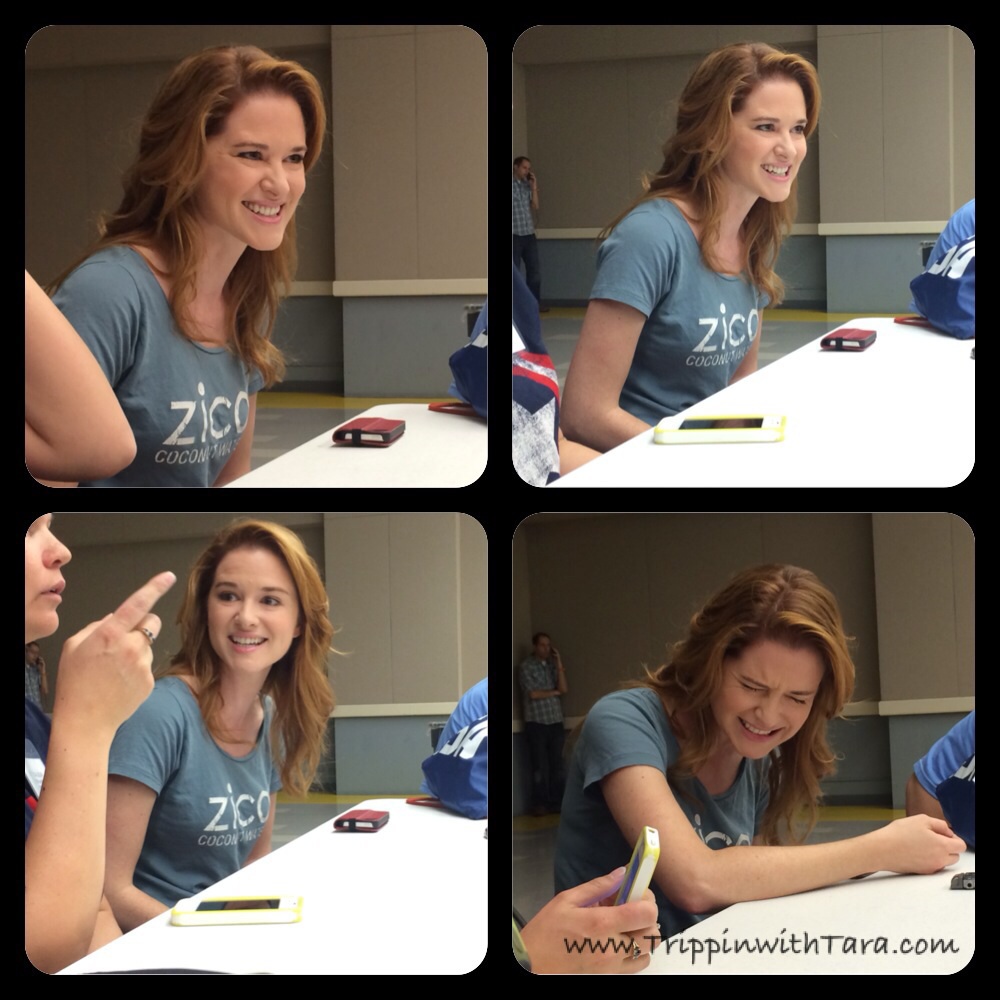 We were all surprised when Justin Chambers (Alex Karev) and Camilla Luddington (Jo Wilson) stopped by to say hello. 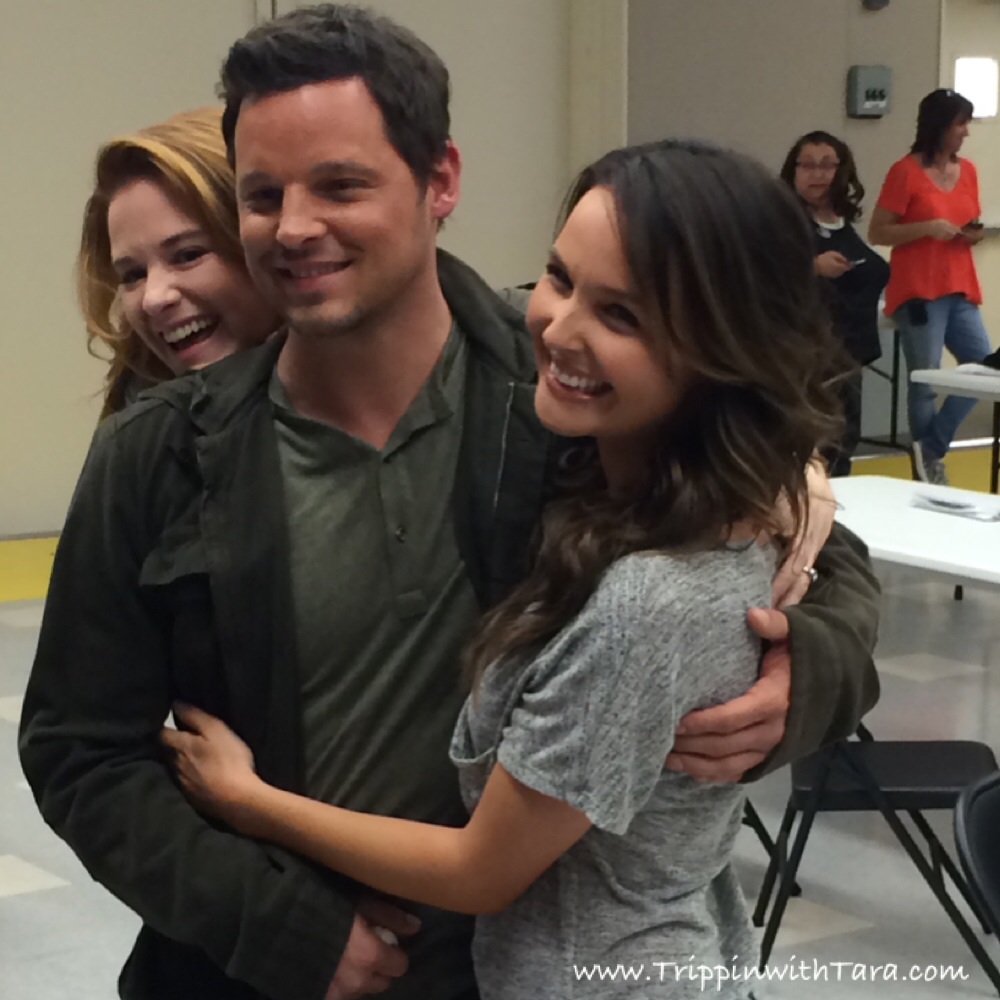 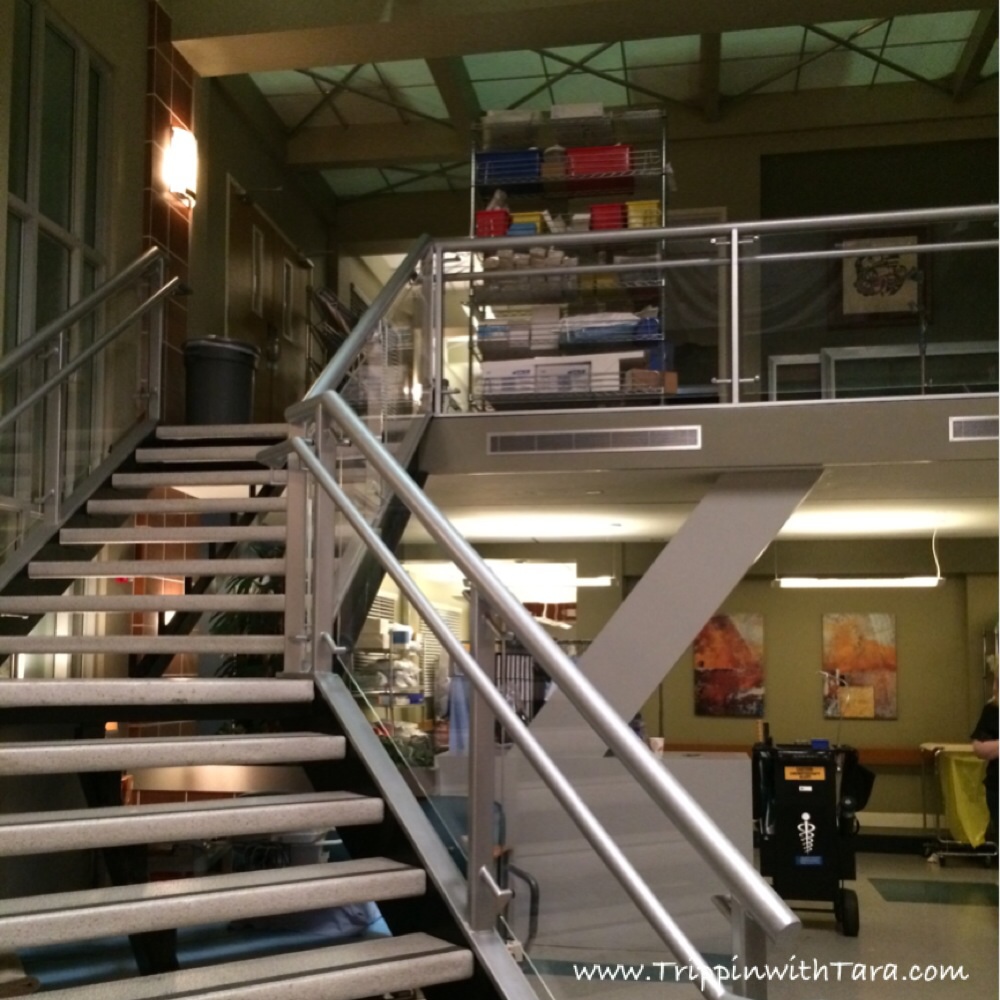 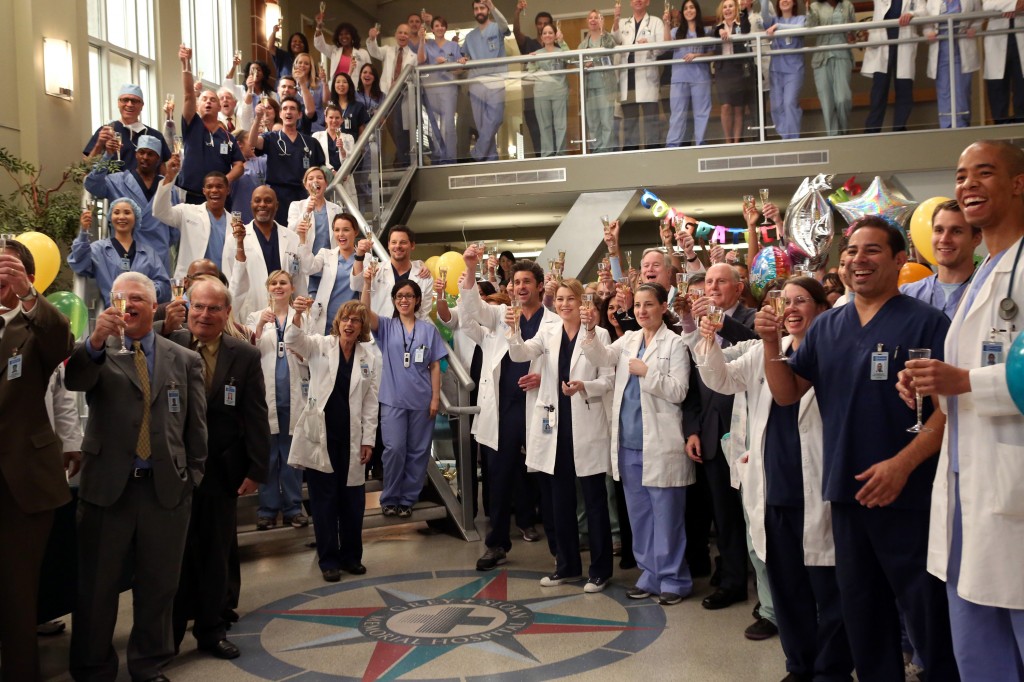 Their shot in the same spot!

*I was invited by ABC to share Grey’s Anatomy with my readers.  As it’s easy to see by my post, I truly had a great time, and as always, my opinions are my own.