I turned forty, three years ago. For me, that wasn’t much a big deal. However, some of the events that have occurred over the last three years since I’ve turned the other F word, well, they have been a pretty big deal. 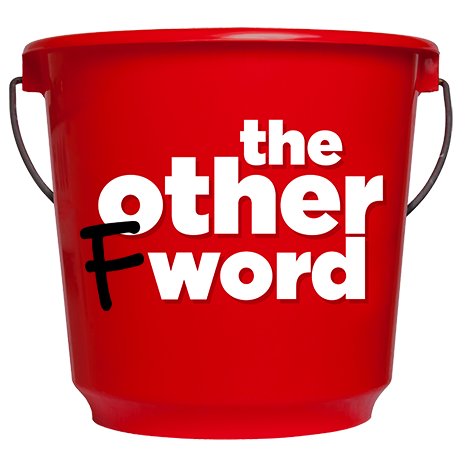 Being in my forties probably has forced me into adulthood that even being a mom didn’t cause. This year I have gone through a painful divorce, making me a self-employed single mom. Ouch. On top of that doozie, I sent my oldest daughter off to college. Don’t get me wrong; I am super proud of my girl. She is at her dream school, and she’s thriving. But man that was not easy, especially to do without a partner in life. So our family of 4 became a family of 2 in a matter of months. My life is one dead pet away from a country song. I could insert the other F word here, but it’s not what this post is about.

The Other F Word

The Other F Word is about is being at a stage of life that I can spend my spare time with the people I want to be with, not who I should be hanging with according to “them.” I love having an established career that has given me a different kind of self-confidence that wasn’t as easily to embrace during my 20’s and even 30’s. Being in my forties I feel wiser and comfortable, but it’s also a whole other chapter in life with struggles and issues that are often not the focus in mainstream media.

This is where the new Amazon Prime show The Other F Word comes into play. You see, there isn’t a show on TV sharing the issues we all seem to have in common while in our forties. The decade is a time in life where big things happen. Kids go off to school. Married couples learn to be “couples” again while trying to learn to let go of their babies starting on their on life journies. It’s an age that some of us are becoming grandparents, we go through midlife crises and the conversation of menopause and other health related issues become a hot topic of discussion. Often over many bottles of wine. But splendid wine.

WHY ARE THERE NO TV SHOWS ABOUT US?

I realized when asked to take part in this campaign that while there have been shows about women friends during most of the other stages of life, there was no episodic show that depicted this life stage of women. As the award-winning filmmaker, Caytha Jentis shares about her roadblock that she encountered that lead to wanting to make this series. “I learned that my print colleagues who market to this audience do as well – was that while 45+ aged women control most of the wealth and make most major buying decisions, advertisers do not care about this demographic.

“We are invisible. One television producer audaciously told me my show was too hard a sell as it was too similar to a show about two women friends in their mid 70’s inferring that it was the token ‘old lady’ show. 50 is the new 75.”

“But, we must and can persevere – no fear no regrets.  I realized like Dorothy in “The Wizard of Oz” I had the power all the time. The best way to get this show to its (under-served) audience, and to tell it honestly, was to produce it independently and then partner with the mid-life websites and digital magazines that are already connecting with this audience in print narrative form.”

Here’s a look at the first episode found on Amazon Prime.

The Other F Word is eight short episodes. It’s funny, relatable, and like a quick summer read. This show isn’t for kids for there are some sex scenes and bad language. But come on, it’s a play on words should tell you that already.

*I was hired to take part in The Other F Word campaign. All opinions are my own.