The last time I met up with the cast of The Real O’Neals they were done shooting for the season. I don’t even think they knew for sure if they had been picked up for their second season just yet. They were so full of enthusiasm and love for the show and equally for each other. This time we got to see them hanging out on The Real O’Neal Set for a bit, and it was so much fun.

Being on the set this time around was a treat, and we were allowed to take photos to share! I got some really great images from the set.  As you can see, even though the Halloween episode will be airing tonight, October 25th, the set was all ready for Christmas. With fake snow and a Christmas tree, it makes the reality of Hollywood magic come to life before your eyes. I love TV magic.

Ahhh, and then the little touches of making the house a home, even in the TV world. With family photos and ABC refrigerator magnets, it’s so fun to see the lengths production goes through to make a show as great as it can be.

Fantastic right? I love set visits. This last photo is a group of us bloggers hanging out in the living room. All ready for Christmas. 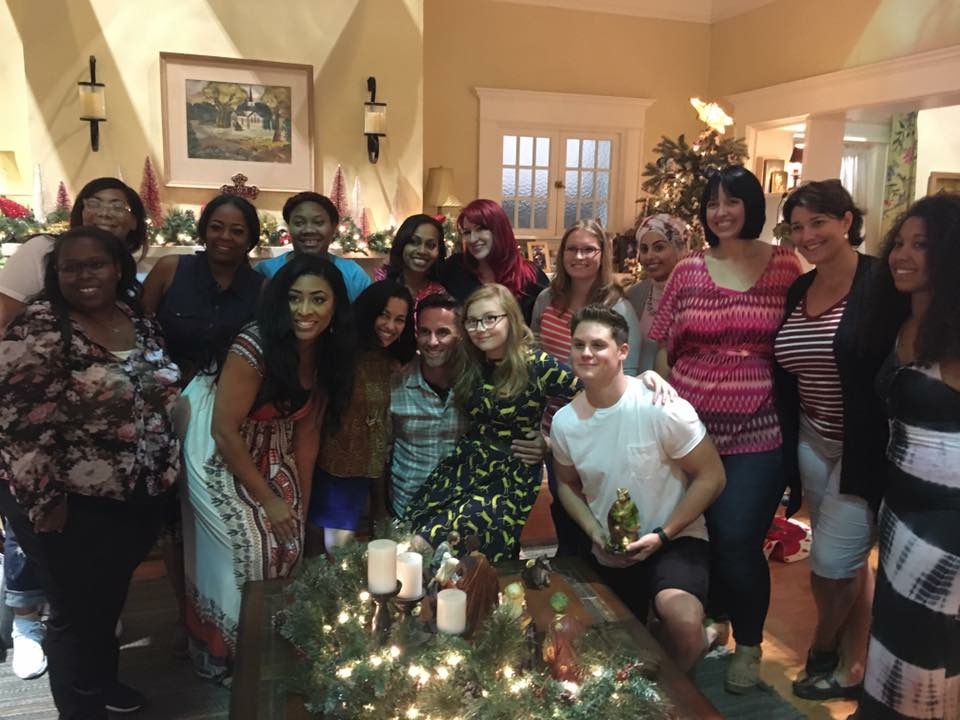 The Real O’Neals do Halloween

When Halloween arrives, or what Kenny refers to as “the gay Super Bowl,” he plans to go to Boystown to watch the festive costume parade. In an effort to prevent Kenny from attending, Eileen agrees to let him throw his own Halloween party at home. Eileen’s tolerance is ultimately tested when Kenny recruits Stuart and his gay friends to join the big party, and he makes a BIG costume change. Meanwhile, Jimmy and Shannon plan to pull off an epic Halloween prank.